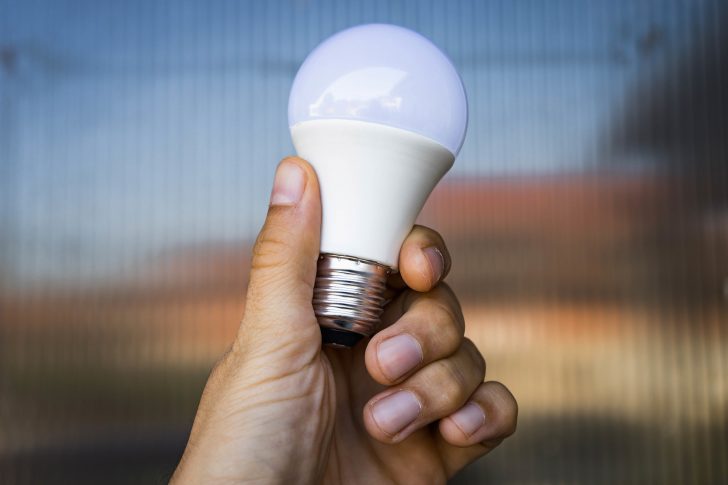 Are LED Lights Good for The Environment? Here Are Our Results.

No doubt you’ve heard about energy-saving bulbs (also known as LED lights) by now. They have become a popular topic, along with everything else that can save the environment. With the increased demand for electricity by all the cities of the world and increased rate of air pollution, we’re looking for ways to save our planet. Apparently, LED lights are part of the solution. But then, the question is, are they worth it?

Are LED lights good for you and the environment? Or are they just another entry in the long line of fads and trends in the world? To answer this question, we need to consider several things about LEDs. We need to think about how much they cost to buy and replace, and how much electricity they consume in the short term and long term. Finally, we need to answer the question of whether or not it’s a good idea to visit e-conolight LED lighting and swap your old incandescent bulbs for bright LEDs.

How much do they cost?

The average LED light bulb costs about $8. You may find some slightly more or less expensive than this, depending on the brand, but the price will be within this range. On the other hand, incandescent bulbs cost $1 to buy. LED lights cost eight times as much as an incandescent bulb. To put that into perspective, if you spend $500 in a year on light bulbs, switching to LEDs will cost you about $2000, and that’s a lot of money. However, the cost of these types of light bulbs isn’t as straightforward as a simple multiplication, as we’ll see.

How long do they last?

The reason you can’t double the cost of an incandescent light bulb and call it the estimated cost of a LED is because they have completely different lifespans. An incandescent bulb is estimated to last about 1,200 hours of continuous use. That’s about two months of leaving the light on. (Again, the lifespan may vary based on the brand you buy.)

A LED light bulb, on the other hand, will last anywhere from 22,000 hours to 28,000 hours. The average is about 25,000 hours. This means that LED lights last almost 21 times longer than their incandescent counterparts. That’s almost three years! Imagine when you never turned the light off, your bulb would stay on for three years without blinking. That’s pretty amazing. At this point, you can see that even though incandescent bulbs are cheaper, they are much more expensive in the long run.

Consider that for every three years your LED light stays on, you’d have bought about 18 incandescents. That comes to a total of 18 dollars for three years of incandescent lighting, compared to 8 dollars of LED lighting. Not bad, right? Unless you order all your bulbs on Amazon and have them delivered straight to your house, you’d still have to spend time and money (in the form of gas) traveling to the supermarket to buy your bulbs. It’s clear that incandescent bulbs cost more money to buy than LEDs.

Next, we’ll look at their electricity implications and see if LEDs are really as power-saving as they are claimed to be.

How much power do LEDs consume, and are they so different from incandescent bulbs?

The next step on our quest on determining whether LEDs are as great as people claim is to see just how much power they consume. The common perception is that they are so good for the environment because they require less energy than incandescent bulbs. This may seem a little counterintuitive since they are much brighter. However, it seems power consumption has nothing to do with how brightly they shine.

Using an average-sized light bulb, a LED will consume about 12 watts. An incandescent bulb, on the other hand, will consume as much as 60 watts. Remember that these are of the same size of bulbs. From here, LEDs are already ahead because with 12-watts, they can produce light much brighter than incandescents could ever produce.

In the US, electricity is charged an average of 11.5 cents per kilowatt-hour. With a single 12-watt LED, you’d be spending about 1 dollar on electricity every year (you’ll probably spend more unless you only have one bulb in your entire house. An incandescent, on the other hand, consuming 60 watts per use, will cost you about $5 a year. That’s five times the bill you get with LEDs.

As a recap, one incandescent bulb costs you $1 to buy, will last for two months, and will consume 60 watts of power, or $5 of power a year. If we expand this to three years (the average lifespan of a LED), you’d buy $18 worth of bulbs, and spend another $15 on power. That’s a total of 33 dollars for one light bulb in three years.

On the other hand, over the same three-year period, you’d buy $8 worth of LEDs, and pay $3 worth of electricity bill for one light bulb. That comes to a total of 11 dollars, three times less than the cost of incandescent bulbs.

Judging from the long-term cost analysis of these light bulbs, we can confidently say that a LED is three times cheaper than an incandescent bulb. To put this in perspective, if you had a total of 15 light bulbs in your house, you’d be spending $495 on them if they were incandescent, and only $165 if they were LEDs. The left-over change is enough to buy about 100 hamburgers or one iPhone 6! Do you need any other reasons to swap your incandescent bulbs for LEDs?

Did you know that coal-powered plants are generating a large chunk of the world’s electricity? Did you also know that these plants can go through several tons (the real number is close to 9000) in one day? All that goes into the atmosphere and contributes to the problem of air pollution that we’re trying to solve.

Originally published on July 19, 2019 in Technology