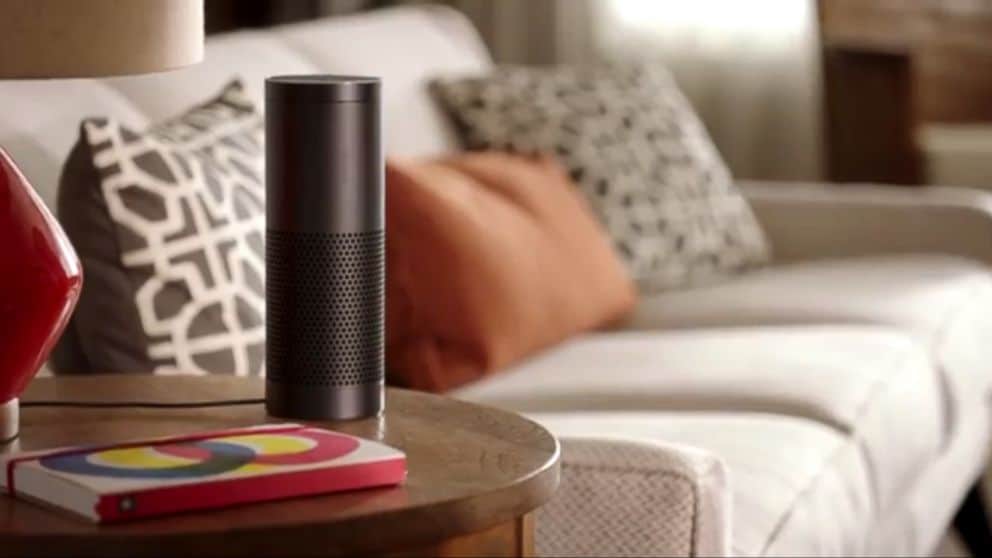 Amazon continues to expand its product line by launching their latest gadget called the Amazon Echo. The Echo is a digital assistant type of a thing, kind of like Siri but with a body. Unlike Siri, the Echo doesn’t live inside your iPhone, the “soul” of Echo lives inside a cylindrical speaker, which looks like something from Bose®.

To me the Amazon Echo is the internet for those that can’t read or write, or it’s the equivalent of an audio book. But I can see it being useful, one of the major things going for it is that you don’t have to be near a computer or have to pull out your phone to look up some info. The Echo is always on, all you have to do is say the wake up word “Alexa” and ask the device for the information you’re looking for. The information is pulled from Amazon’s Cloud and the device learns and adapts to your habits, the more you use it, the smarter it gets.

The device can play music from Amazon’s store or Bluetooth connected device(s), it can answer questions like “how many teaspoons in a tablespoon” etc. It can create shopping lists, set alarms and countdown timers; it can read you news and weather, and much more. Check out the cheesy video below of a family bringing the Amazon Echo home and using it in their daily lives.

The Echo is equipped with 7 microphones and “Far-Field” voice recognition technology, which lets the device hear you from anywhere in the room and you don’t have to yell. For sound playback, the device is equipped with two speakers, a 2 inch tweeter and a 2.5 inch woofer, creating 360 degree sound. The device is 9.25″ tall and has a diameter of 3.27″.

The Amazon Echo can only be bought by invite only (for now); you’ll need to request an invitation at amazon.com. The Echo is priced at $199 or $99 for Amazon Prime members. 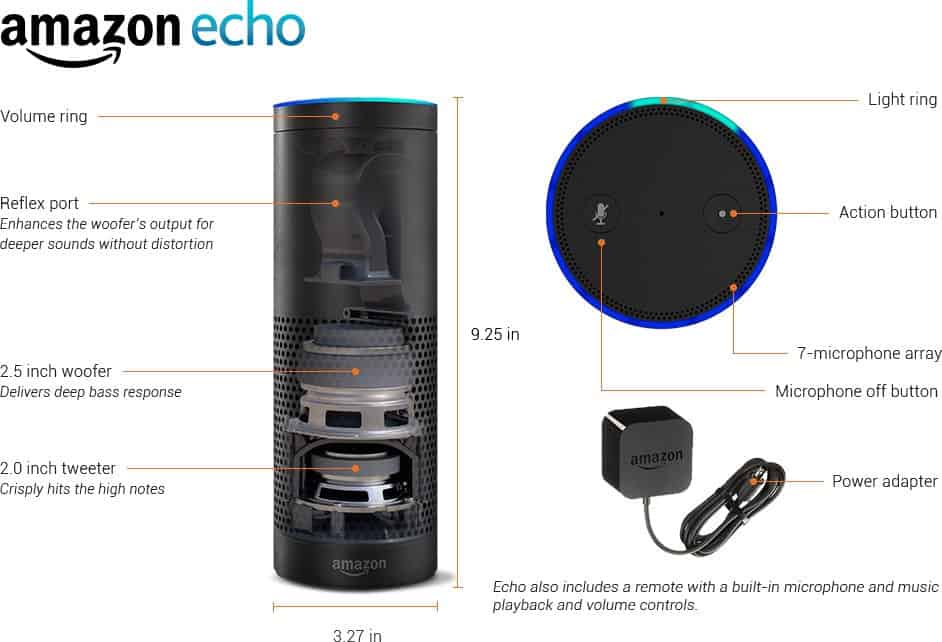