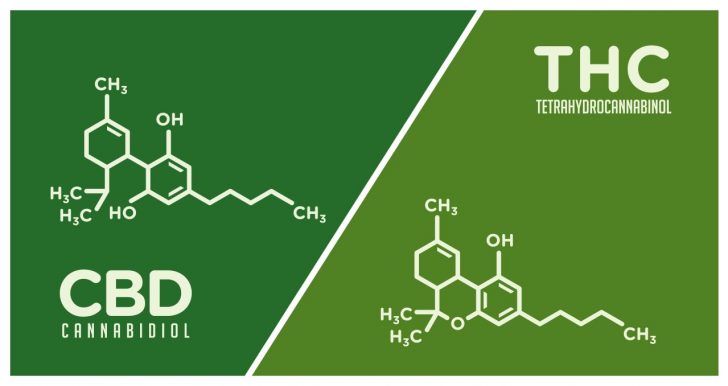 Most people don’t know that the endocannabinoid system (ECS) of the human body is the catalyst through which cannabinoids like THC and CBD work. Without this complex network of protein receptors, cannabis simply wouldn’t have the same effects and benefits that it does. In fact, we owe the discovery of the endocannabinoid system to cannabis research – although anti-legalization lobbyers will fiercely deny that.

The discovery of the ECS

We owe basically everything we know about the endocannabinoid system to marijuana. That’s because the isolation of THC was the beginning of the proverbial snowball. It all began with one Israeli chemist, Raphael Mechoulam. Despite never having tried cannabis himself, he was particularly interested in this field of research. In 1964, he isolated THC for the first time. Interestingly, this was actually the second phytocannabinoid ever isolated, with the first being isolated in 1895 by Wood, Sivey, and Esterfield. The cannabinoid discovered was CBN (one of the lesser known cannabinoids).

It was Mechoulam himself who made this hypothesis, and in the mid-90s, he and his team discovered the first endogenous cannabinoids. Anandamide and 2-arachidonoylglycerol are endogenous cannabinoids existing completely naturally in the human body. This discovery led to the observation that there was an entire molecular signaling system occurring between various other systems in the body. That molecular signaling was finally called the endocannabinoid system, rightly named after the plant that led to its discovery.

Actually, the biggest discovery in all of this was that the endocannabinoid system is not unique to the human body. In fact, it permeates most of nature. Almost every animal on the plant has an endocannabinoid system. Without cannabis research, we may never have discovered this subtle molecular signaling system.

Functions of the endocannabinoid system

Essentially, we know that the endocannabinoid system is largely a part of the nervous system. However, with that being said, it also reaches peripheral tissues, the immune system, and the digestive system. There are cannabinoid receptors all over the body, including in the gut, the small intestine, the skin, and the eyes.

Overall, the endocannabinoid system plays a vital role in the following physiological functions:

However, it is important to understand that as a signaling system, the endocannabinoid system is responsible for maintaining homeostasis of all other physiological functions. For example, using its signaling power, the endocannabinoid system is able to regulate the neuroendocrine system, the immune system, and even the digestive system. Fundamentally, its main objective is to restore the body to its natural homeostasis.

For as much as we know about the function of the endocannabinoid system, much of it remains a mystery. After all, it wasn’t until about 30 years ago that we knew it existed at all, and so it remains one of the most mysterious aspects of the human body and nature at large.

What role do cannabinoids play?

There is only one source, other than the endocannabinoid system, that humans can receive cannabinoids. Quite obviously, that place is the cannabis or hemp plant. To put it simply, cannabinoids affect cannabinoid receptors, therefore leading to a cascade of events. But as we know, nothing is ever that simple.

You may have heard the word “anandamide” before, sometimes referred to as the “bliss molecule”. It is the most abundant endogenous cannabinoid in the body. It looks a lot like THC, and it activates the exact same receptor that THC does. Essentially, anandamide is a neurotransmitter which has effects on a person very similar to those experienced by THC use. Anandamide is said to affect mood, sleep, cognition, memory, motor functions and higher intellectual functions.

This endogenous cannabinoid was discovered around the same time as anandamide but doesn’t get as much street cred. This is one of those anomalies that we don’t quite understand because it seems to have an effect on a lot of different physiologies and pathologies. For example, scientists have dubbed it a “neuroprotector”  while some research says that it also plays a crucial role in the circulatory system.

As most of us already know, THC is not an endogenous cannabinoid. It is a phytocannabinoid that is found in the cannabis plant – the psychoactive one that almost everybody on earth enjoys. Its chemical structure eerily resembles anandamide and it performs many of the same functions. THC interacts with the CB1 receptor, affecting cognition, memory, appetite, sleep plus a myriad of other things.

Of all the cannabinoids we’ve spoken about, CBD is probably the most interesting. This is because it doesn’t really have an affinity for CB receptors. With that being said, it still affects the intermolecular signaling, ion channels, and their receptors. One of the pathways through which CBD travels affects the serotonin receptor, linking it closely to mood and wellbeing. CBD also inhibits the action of FAAH, an enzyme responsible for breaking down anandamide. That makes anandamide much more readily available in the body and brain, thereby also lifting the mood. CBD is also non-psychoactive, unlike its counterpart, THC.

Cannabis: the most personalized drug known to man

Triggering the endocannabinoid system with phytocannabinoids such as THC or CBD begins an entire molecular conversation that can affect hormones, immune function, digestive function, and cognitive abilities. How that all “plays out” is essentially going to depend on the person’s state of function in all of these different physiological systems.

That’s what makes cannabis the most personalized drug known to man. It directly communicates with a system that affects basically everything else in the body, increasing the power of the molecular conversation. It directly affects the aspect of the body that maintains homeostasis and balance. For each person, that means a different specific result. For example, for one person it might mean the initiation of an inflammatory response, for another, it might mean the cessation of the inflammatory response.

Cannabinoids and the endocannabinoid system are obviously interesting areas for future research. And not just interesting, but imperative to our understanding of cannabis and how it affects health. As the legalization movement continues to gain momentum, we hope to see ever expanding research into the mysteries of this wonderful plant.