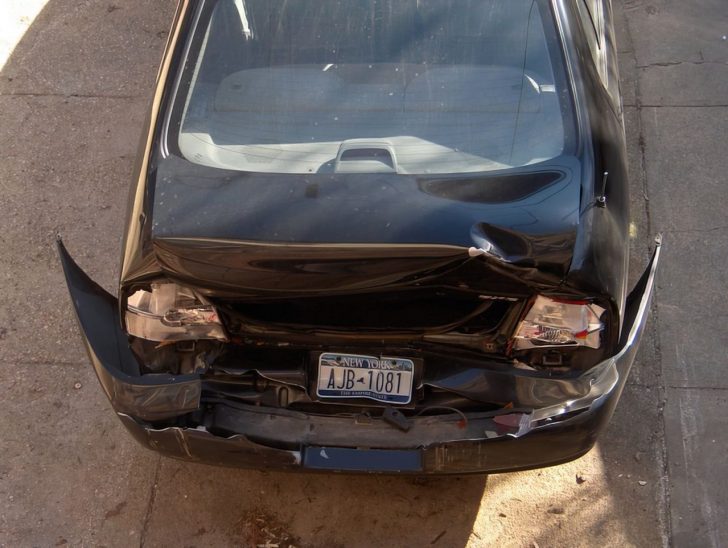 Statistics show that six million auto accidents occur nationwide in the US each year, leading to a catastrophic tally of avoidable deaths and injuries. These figures serve as a stark reminder that even though automobile safety technology has come a long way over the years and cars are technically safer than ever, terrible accidents can and do still happen all of the time.

The most common of all car accidents are rear-end collisions, which is when one car collides with the back of another. These types of accidents can be very dangerous too, for both parties. Those in the rear vehicle can be flung forwards by the sudden impact, potentially suffering whiplash, broken bones, head injuries, or even flying right through the windshield if seat belts aren’t being worn.

Meanwhile, those in the front vehicle can also be flung forwards by the force of the collision, and it’s not uncommon to see plenty of serious injuries for all concerned when rear-end collisions happen, as well as a lot of damage to the vehicles involved too. That’s why it’s vital to avoid these kinds of accidents, and here are some top tips to help you reduce your own risks.

One of the most common causes of rear-end collisions is tailgating. Too often, drivers fall into the trap of getting too close to the vehicle in front of them. When you do this, there will be less time and space for you to stop if the vehicle ahead has to brake suddenly due to a pedestrian stepping out in front of them or a traffic light changing to red.

Tailgating can therefore be immensely dangerous, which is why all experts always recommend that drivers keep their distance from the vehicle in front of them. This is important in all settings, but it’s especially important on highways, where speeds can get quite high and braking times are even higher, as well as during rainy conditions when brake distances are increased.

Keep Distractions to a Minimum

Distracted driving is one of the biggest dangers to American drivers today. It leads to countless injuries and deaths every year, and in many cases, distracted drivers end up causing rear-end car accidents because they simply aren’t paying attention to their surroundings and the road ahead of them. Try not to let yourself fall into the same trap.

If you’re looking at your phone while trying to drive, you might not notice a car ahead of you braking until it’s too late. Other distractions inside your car can include noisy objects, chatty passengers, music from the radio turned up too loud, and so on. It’s vital to keep your focus on the road, so make sure to take action if you feel yourself getting distracted or losing focus.

Another common factor that can raise the risks of rear-end collisions is excess speed. We all know that speed limits exist for a reason: they help to keep people safe on the roads and their existence aims to benefit everyone, from drivers and passengers to pedestrians too. However, a lot of Americans admit to breaking the speed limit now and then.

Some people feel like going a little faster than the limit isn’t a big deal, but every time you exceed the limit, not only are you breaking the law, but you’re also putting yourself and others in danger. Higher speeds lead to longer brake distances and times. Always be aware of the local limits and stick to them, no matter what.

Be Attentive and Alert

Another way in which you can become a safer driver in general and vastly reduce your chances of having any kind of collision is to simply be aware, alert, and attentive to your surroundings at all times. Focus and concentration are absolutely essential for safe and sensible driving, and you need to keep your hands on the way, your senses sharp, and your eyes locked on your surroundings as you drive.

By focusing on the road around you and especially the scene ahead of you, you’ll be able to spot potential dangers before they become a serious threat, slowing your speed or making adjustments accordingly. For instance, if you notice that the traffic lights ahead have been green for a while, you can start to slow down, just in case they change suddenly and the car in front of you brakes sharply.

This tip should be obvious to all, as everyone understands the terrible dangers of drinking and driving. However, more than a million DUI arrests occur every year in America and many more Americans admit to getting behind the wheel after having a few drinks with their friends. It goes without saying that this is never a smart thing to do.

Driving after drinking can be very dangerous as the alcohol can slow your reaction times, impair your decision-making abilities, and generally make you more likely to have a collision. It’s especially common for drunk drivers to end up in rear-end collisions as they drive too close to other cars and don’t brake fast enough.

Yet another tip you can keep in mind to be safer on the roads is to make sure you keep calm when you feel like giving in to road rage. A lot of people struggle with road rage, and it’s perfectly natural to get angry and annoyed if you see a bad or reckless driver changing lanes without signaling, tailgating, speeding, or engaging in other forms of poor on-road behavior.

However, if you allow yourself to give in to the road rage, you’ll only increase your chances of having a collision. People with road rage often start to tailgate the vehicles that have frustrated them or fail to notice other threats and dangers around them. Instead of making the same mistakes, try to remain calm and collected.

Rear-end collisions can lead to dramatic consequences and are best avoided at all costs. Keep these tips in mind to stay safe when you drive and arrive safely at your destinations without any issues.

Originally published on February 24, 2021 in Cars