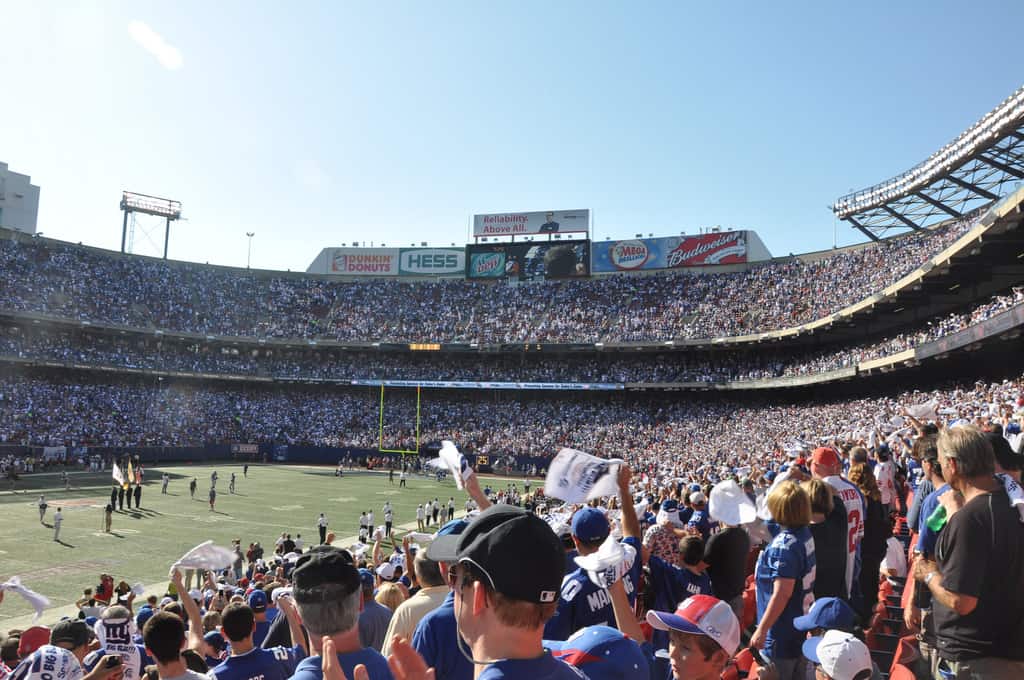 There is nothing quite as special as ascending the stairs from the concourse to your seat, glimpsing the turf and hearing the roar of the crowd. Over the past 18 months we have all grown accustomed to watching our favourites sports played out on TV in vacuous, empty stadiums.

Finally however, the world is beginning to return to some semblance of normality with fans returning to sports stadiums all around the planet. If the sight of packed crowds filling stadiums once again has given you the bug, read on to find out about some great sports stadiums to visit before you die!

Read any list of the best football stadiums to visit in the world and you will find Wembley Stadium and the Tottenham Hotspur Stadium invariably in second and first position. What the writers of those lists don’t bother to tell you is that they are not proper football fans.

They value the money spent on a stadium rather than the atmosphere. They value a cheese room over a raucous Kop and what’s worse is that they value comfort over excitement.

If you’re a hardcore football fan that loves the charm of decrepit, cramped stadiums full of charm and character then you will adore La Bombonera.

First opened in 1940 and with a capacity of just 49,000, La Bombonera is by no means the biggest or most modern stadium on the planet. It’s a rugged stadium with concrete blocks, wooden seats and decades old graffiti on nearly every surface.

Get your hands on a ticket for a game against River Plate and you may even witness the stadium physically shaking.

(El Superclassico between Boca and River is a game to savour.)

The MCG is the largest stadium in the Southern Hemisphere and the 11th largest sports stadium on the planet and an absolute visit for cricket fans. Since being built in 1853 The MCG has hosted a number of sports clubs as well as housing hundreds of American servicemen on leave from the Pacific during World War II.

If you plan on making your visit extra special, try and get your hands on a ticket for the traditional Boxing Day Test held at the MCG every year. The series upcoming series is already dominating today’s sports news, as the England squad have already headed out to Australia to prepare for the series. Or grab a ticket for an Aussie Rules football final which regularly draws a crowd of just over 100,000 spectators.

(Tour of the humongous MCG.)

Outrage was sparked in the USA earlier this year when it was revealed that the owners of NFL side the Chicago Bears are actively looking to move from their Soldier Field home to a new venue in Arlington Heights.

The main reason for the outrage is that Soldier Field is a stadium that is held dearly in the hearts of not only those from Chicago but Americans in general. Designed in 1919 and opened in 1924, Soldier Field has a long and illustrious history.

It has hosted World Cup games, Super Bowls, rugby matches and many more different sporting events. Like La Bombonera, Soldier Field is a stadium made that little more special by the charm of its crumbling facades and the history that is held in every rickety pillar and dusty walkway.

If you can, prioritise a visit to Soldier Field above all others as its long-term future may not be guaranteed with the news of the Bears intended departure.

We round off our list of must-visit stadiums with one of the most aesthetically pleasing sports venues on the planet. Braga may not jump to mind when you think of the best sports teams in the world, but the Portuguese club are still well worth a visit.

(Braga is one of the coolest locations on the planet to watch football.)

Also known as The Quarry, the Estadio Municipal de Braga is best known for being carved into the side of a mountain. The stadium first rose to prominence in 2004 when it was used as a host venue for the European Championships.

Since then it has delighted travelling Portuguese fans and occasionally caught the eye of European football lovers. It may be the hipster’s choice, but you’ll still thank us when you do visit this stadium.

Everything You Need To Know About Chrome Diopside Jewelry

Is It Ok To Wear Yoga Pants in Public?