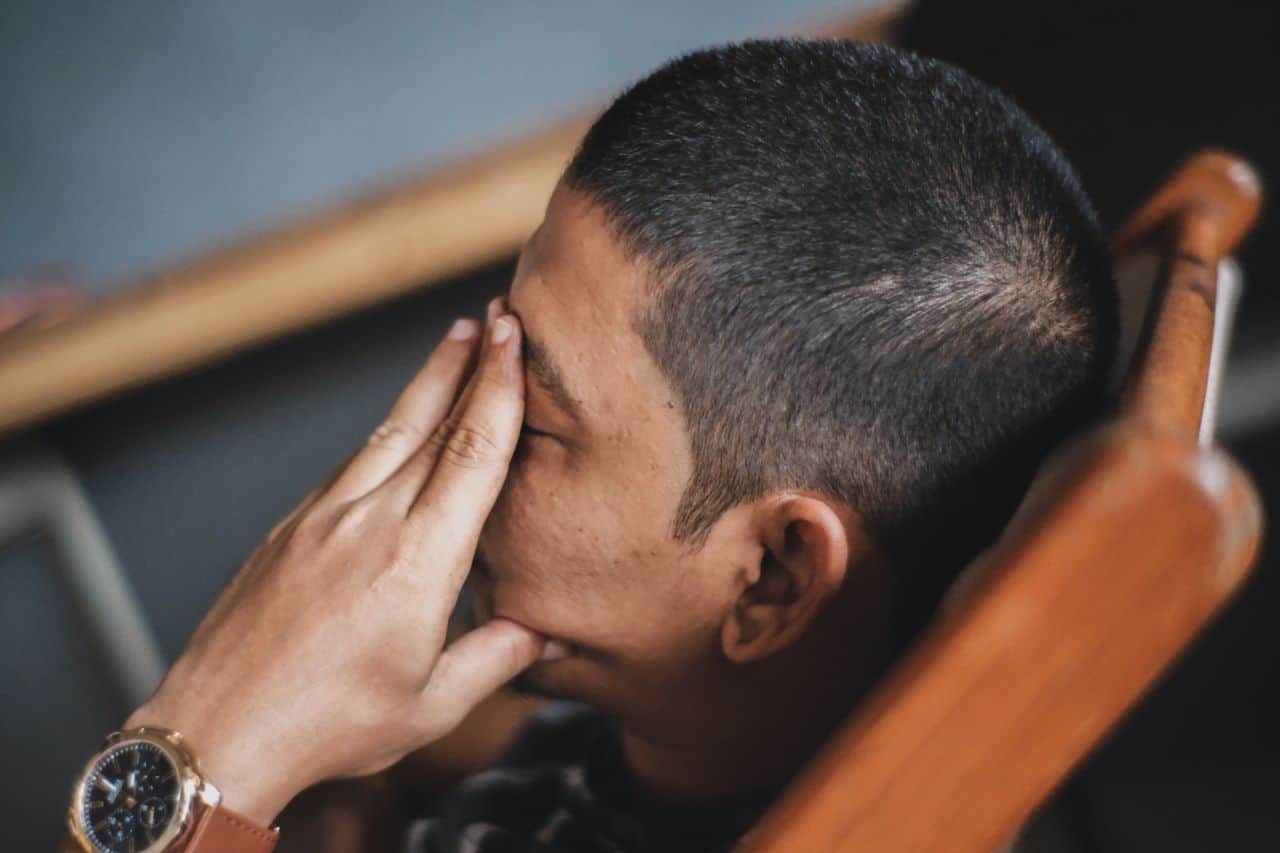 In an age when social media plays a key role in people’s lives worldwide, it is crucial to understand its impact on mental health. Although popular belief deems social media a platform for self-promotion and narcissism, some data suggests otherwise.

A study from 2019 has found that greater use of Facebook corresponds with having more close relationships and stronger feelings of “connectedness.” The study was recently replicated by other researchers and provided further evidence that supports this theory. However, there are also adverse effects associated with heavy usage, such as increased stress or anxiety, which puts users at risk of developing long-term psychological problems. So, let’s dive deeper into the data and see how social media impacts mental health.

In a study published in the “Journal of Social and Clinical Psychology” from 2018, researchers hypothesized that social media would have a negative impact on teenagers as it is often used as a coping mechanism. The study surveyed 1448 adolescents from high schools across the U.S. and found that those who spent more time on social media were more likely to experience mental health problems such as depression or anxiety.

An explanation offered by another researcher suggests that teenagers may be using social media excessively due to feelings of loneliness which causes them to feel worse about themselves and increase their usage, which reinforces their feelings of isolation. However, this mechanism can also work in reverse with users experiencing euphoric recall after excessive usage. In other words, they forget all the bad things because they’re constantly coming back for more.

A 2019 study published in the journal “Developmental Psychology” recruited 870 teenagers and asked them to complete a questionnaire about their social media usage (including how often they check Instagram, Snapchat, Facebook, and Twitter). They were then given clinical interviews that used the Strengths and Difficulties Questionnaire (SDQ), which psychologists commonly use to measure mental health issues such as depression and anxiety.

The researchers found that girls were more likely than boys to report feelings of anxiety and depression, but this did not vary with their social media use. However, it did vary based on the type of content they typically saw online; girls who spent a lot of time on Instagram or Snapchat were at greater risk than those who spent most of their time on Facebook. The researchers believe that the increased risk is due to these platforms focusing more on “appearance and popularity” when compared to other social media websites.

Are Adults at Risk of Developing Psychological Issues?

In a study from 2018, researchers recruited 2,000 adults in Germany who completed a questionnaire about their social media usage and were then given clinical interviews that focused on their feelings of satisfaction or dissatisfaction with life in general. Researchers found that those who spent a lot of time on social media reported lower levels of satisfaction with their lives in general, but this did not vary based on which platform they used most frequently. However, people who had low self-esteem looked towards Facebook for validation which raised the likelihood of them having anxiety problems. In contrast, those with high self-esteem had a strong social network on Twitter, resulting in lower levels of depression.

Although we’re focusing on the adverse effects in this article, there are some benefits to using social media. For example, in 2017, an international research team assessed which brands were most popular across multiple social media channels (Facebook, Twitter, and YouTube). Although Facebook was the most popular, YouTube had the most significant growth.

Another study published in 2018 found that people who were exposed to ads on social media (in this case, Instagram) performed better than those who weren’t exposed to any ads at all. While these studies show some positive effects of social media usage, there are clearly negative consequences as well, so let’s take a closer look at how social media impacts mental health.

The average person now sees their own posts 11 times per day but spends almost no time reading posts from other people, which results in them developing unrealistic expectations for themselves and feeling worse about themselves when they can’t achieve this ideal. You spend more time browsing through others’ posts than looking at your own; you’re more likely to feel negative effects.

One observational study published in 2017 found that people who spend the most time on Facebook were almost twice as likely to develop depression over four years compared to those who spent less time on this platform. Researchers also found that the risk of developing the disorder was higher for frequent checkers (checking Facebook daily) than infrequent checkers (checking weekly). Some researchers believe this is due to people trying to portray an unrealistic representation of their lives online, which causes feelings of envy. However, other studies have shown that social media helps reduce anxiety, so it’s not entirely clear why there’s an increased risk.

A study published in 2017 used the same methods as the one mentioned above (observational study) to compare people who use Instagram and Snapchat more often than Facebook. They found that both platforms were linked with an increased risk of depression among female participants, while male participants only showed patterns of behavioral shift for Snapchat.

A 2018 study looked at the links between social media usage and self-harm behaviors in adolescents. Researchers collected data on over 10,000 teens in schools across the U.S. and then used questionnaires to gather information about their social media habits; it was found that teenagers who spent a lot of time on Twitter, Tumblr, or YouTube were more likely to develop thoughts about suicide than other students which led researchers to conclude that there was a link between frequent social media use and self-harm behaviors.

Social Media Can Also Increase the Likelihood of Eating Disorders

One study released in late 2018 found that college students who frequently monitored their social media accounts (for example, checking Instagram or Snapchat several times per day) were more likely to develop eating disorders. The study collected survey data on over 400 participants and asked them questions about their nutritional habits and if they had ever worried about their weight; some factors might contribute to developing an eating disorder, such as having an unhealthy relationship with food or exercising excessively.

Although this study did not find evidence for a causal relationship between these conditions, it is clear there’s at least some kind of association between these two sets of variables, so if you’re someone who uses social media a lot, then it’s essential to prioritize your health and not put yourself under pressure to look a certain way.

Social Media Has Changed Society in Many Ways

Social media has changed the way we socialize with each other in harmful ways, and it’s also changing our relationship to mental health. Researchers have been quick to point out that although there’s a clear association between social media usage and mental health, it is difficult to determine if one causes the other. However, we can conclude that changes in society brought on by the excess use of social platforms are not suitable for our mental health or self-esteem, and many studies have found this result.

Social Media Has Changed How We Communicate

Social media platforms like Instagram and Snapchat have changed how we communicate with others due to features like filters which allow us to edit our pictures accordingly before posting them online. However, some researchers argue this is more damaging for younger children who have not yet developed their communication skills because these apps don’t accurately portray reality.

Many of you will be familiar with ‘The Sunken Place’ meme, which became popular around the same time as Jordan Peele’s Get Out release. The idea behind this meme is that social media can “suck you in,” and it seems this may be true. For example, one study has shown that the use of Instagram filters leads to an increase in depression.

The researchers for this study recruited 1471 people who had used Instagram at least once during the past month. First, participants were asked to complete a questionnaire that measured their current levels of depression before being split up into two groups; one group was told they would get more depressed while looking through Instagram posts, whereas the other group believed they would remain stable. Then, after spending 10 minutes on each platform, participants completed another questionnaire to measure their mental health – results showed that those who looked at Instagram ended up feeling more depressed afterward than the control group. This finding suggests there might be something about social media that makes us feel worse after looking at it, whether this is due to the type of content being shared or how we interact with others online.

Traditional dating has drastically changed because of social media apps like Tinder and a variety of non-traditional free sugar daddy dating apps. It has become the norm for people to use these apps to find potential partners, even though there are concerns about what this means for personal safety and security. Although many people think dating sites are an easy way to meet someone new, this could be harmful if it leads you to compare yourself to others or puts undue pressure on your relationships.

There is a strong correlation between poor sleep and social media usage – research has found that roughly one-third of all adolescents report difficulties getting sufficient sleep due to their phone usage at night. One study published in the Journal of Clinical Sleep Medicine looked at data from 13–17-year-olds who used technology before bedtime. They found that social media use was associated with poor sleep quality, which often led to tiredness the next day, which is detrimental to mental health issues like depression. Low quality or insufficient sleep has also been linked to higher rates of suicide in teenagers, which goes on to show how powerful social media can be for our mental health and well-being.

How Can You Prevent Social Media from Affecting You?

If you’re someone who spends a significant amount of time on social media, it’s essential to take breaks from these platforms and try spending more quality time with friends and family. Although it can be challenging to set yourself boundaries because of how accessible social media is, especially if you have your phone right beside you as you sleep, it’s important to remember that self-care comes first! Some other tips for taking a break from social media include:

How Can I Make Social Media Work for Me?

Although many negative connotations surround social media, it can be an incredible platform to share stories about mental health. If you are struggling with mental illness, you will likely feel isolated, and this is not how anyone should feel! However, you can use social media as a way to connect with other people who might be experiencing similar things, which helps them not only find support but also helps find their identity within the community. When at school or university, don’t forget that you have access to free counseling services – this means you can focus on your health before it is too late.

Social media has a substantial impact on our mental health. Therefore, we need to recognize the adverse side effects of being online always to be mindful of how it affects us and take action if required. Although this might sound a bit scary, there are also many benefits that social media has for our mental well-being, so you shouldn’t feel too discouraged from socializing online!

How To Combat The Stressors Of COVID-19 As A Menswear Business?

The Best Ideas for An Unforgettable Croatia Vacation