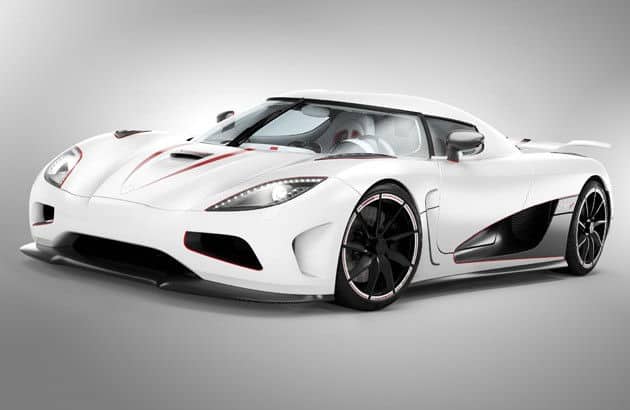 When Swedish automaker Koenigsegg designs a new supercar, one must think that the only rule they obey is to seek the very rule that must be defied. Case and point; the Agera R’s 5L twin-turbo V8 producing an astonishing 1,115 horsepower and 885 lb-ft of torque……oh, and it comes with a carbon fiber ski rack designed by Thule. It’s as if the ski rack is Koenigsegg’s tongue, to be stuck out at Bugatti with the Agera R surpassing the Veyron’s power-to-weight ratio, and to say “it’s time to hit the slopes.”

Despite the praise and opulence worthy of a villianous James Bond snow lair, there are some questions left unanswered. Such as, how fast can the car go before the ski rack flies off like a missile? Also, though the Agera R comes with tires rated for 260mph, it boggles the mind if it is even possible to get it snow tires…and if so, how many arms and legs would it cost? Either way, I’d do just about anything to take the Agera R for a drive from Vancouver to Whistler on the Sea to Sky Highway.