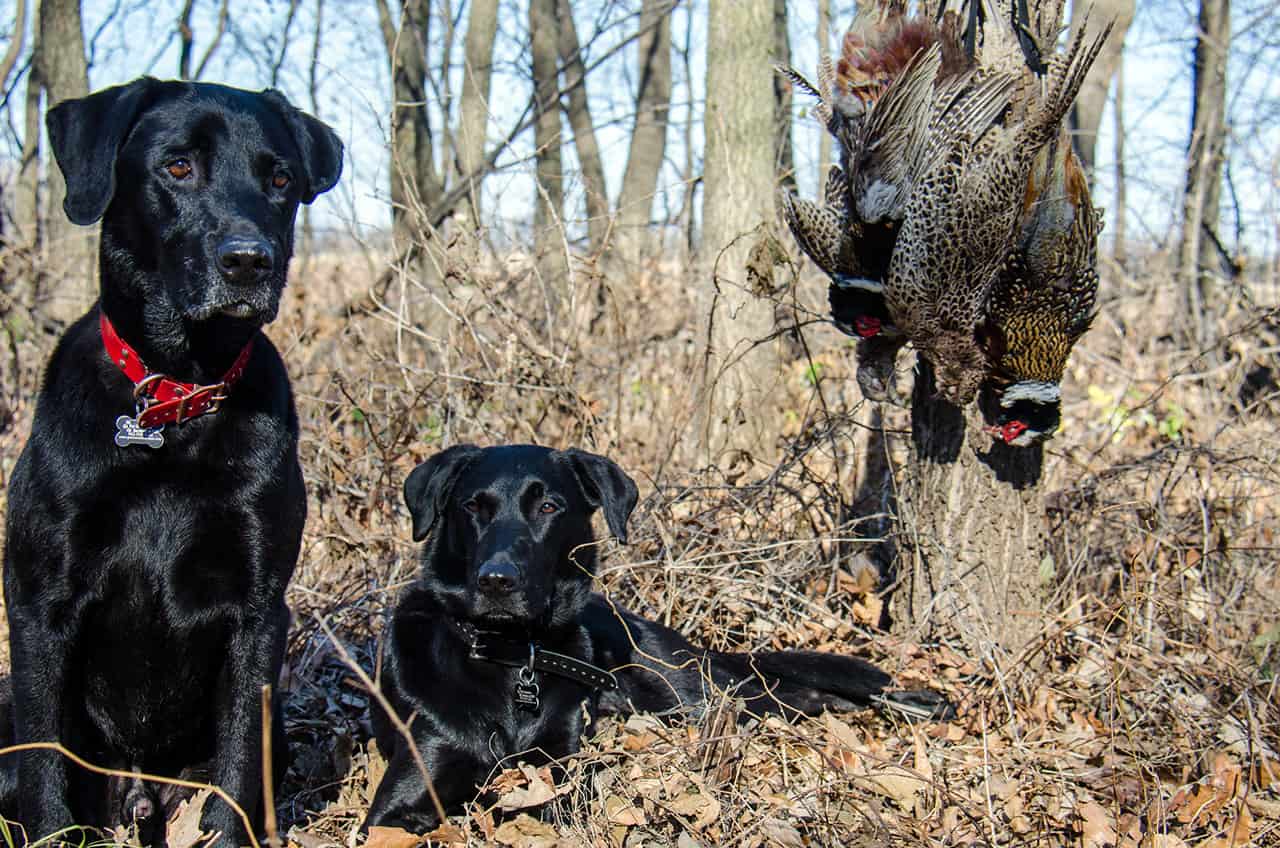 Hunting dogs are important for finding game after it’s been shot. So, they must be able to handle the noise of guns as well as remain alert and ready to work. Some dogs are more cut out for this than others. Here’s what you need to know for picking a pup that will turn out to be a great hunting dog.

Genes matter a lot and, for the most part, this is decided by the breeder and, more specifically, the parents. Making a good choice here will improve the odds of producing a superior retriever or hunting dog with the least amount of frustration during the training phase of the dog’s life.

The first point to consider is that you must approach buying a puppy as an asset acquisition play rather than a single pup play. In other words, don’t stress so much about picking a particular puppy from a particular litter. Focus instead on the litter itself.

You can’t really control the individual puppy. You can, however, see a general trend in the litter.

Get credentials from litters with parents that have quantifiable hunting tests. In other words, you should look for parents that have been judged in a particular field according to some kind of formal standard. This gives you concrete data to work with.

It won’t give you foolproof information about the dog, but it will help you make generalizations that are more true than not.

For example, many shooters use scopes from RifleScopeGuide.com, for long-range shooting. The natural question then becomes, “what is the experience of the dog in the context of long-distance hunting?”

Check Out The Pup’s Parents

One of the best ways to judge a puppy’s future with you is to look at its parents. A new puppy will often model its parents as it grows. So, if there’s any genetic or health problems, that’s something to take note of.

For example, larger dogs often have notoriously poor hips and joints. How will this affect your hunting dog? It may not, if the parents themselves aren’t genetically predisposed to hip dysplasia. However, not all breeders are forthcoming with this information.

Look for breeders who stand out through transparency. They’re out there and they advertise the fact that they have bred these types of health issues out of their dogs – for obvious marketing reasons.

But, this type of advertising is a boon for you. While carefully bred dogs fetch a premium, it usually pays dividends over the long-term.

Ask The Breeder For Help

Your breeder should be a trusted advisor when it comes to buying a pup. Most breeders will be more than understanding if you have a lot of personal questions about the dogs.

In most cases, breeders want to get a profile nailed down for you, so that you can honestly assess the quality of the pup and its usefulness in hunting.

The idea is to match people with good pups and to create a long-term business. Breeders who don’t do this tend not to stay in business.

If a breeder spends most of his or her time making a sales pitch, and doesn’t give you the attention you want in regards to the parent’s background (or your own background for that matter), it’s a bad sign. You should probably look for a different breeder.

How To Judge Temperament

Temperament can be hard to judge – especially in pups. Don’t a breeder who says that you can’t make general judgements about a puppy’s temperament at 7 weeks. This is the sign of an inexperienced breeder.

Watching pups play at this age gives you good insight as to the long-term temperament of a pup. Spend some time watching them eat, play, and have mock fights with one another.

This will tell you how the pecking order sorts out. But, it will also give you valuable insights into the personality of each individual pup.

What Are The Reasons For Producing The Litter?

Always ask the breeder why he or she decided to breed. It will give you insights to how good the breeder is. Ask why the breeder chose the dogs for breeding, and how the pairing will affect or product the desired outcomes. If there have been other litters from the same line of dogs, what (if any) are the references from satisfied puppy owners?

These are all questions you want to know, and they will determine, at least in part, the starting quality of the pup. From there, it’s up to you to train it.