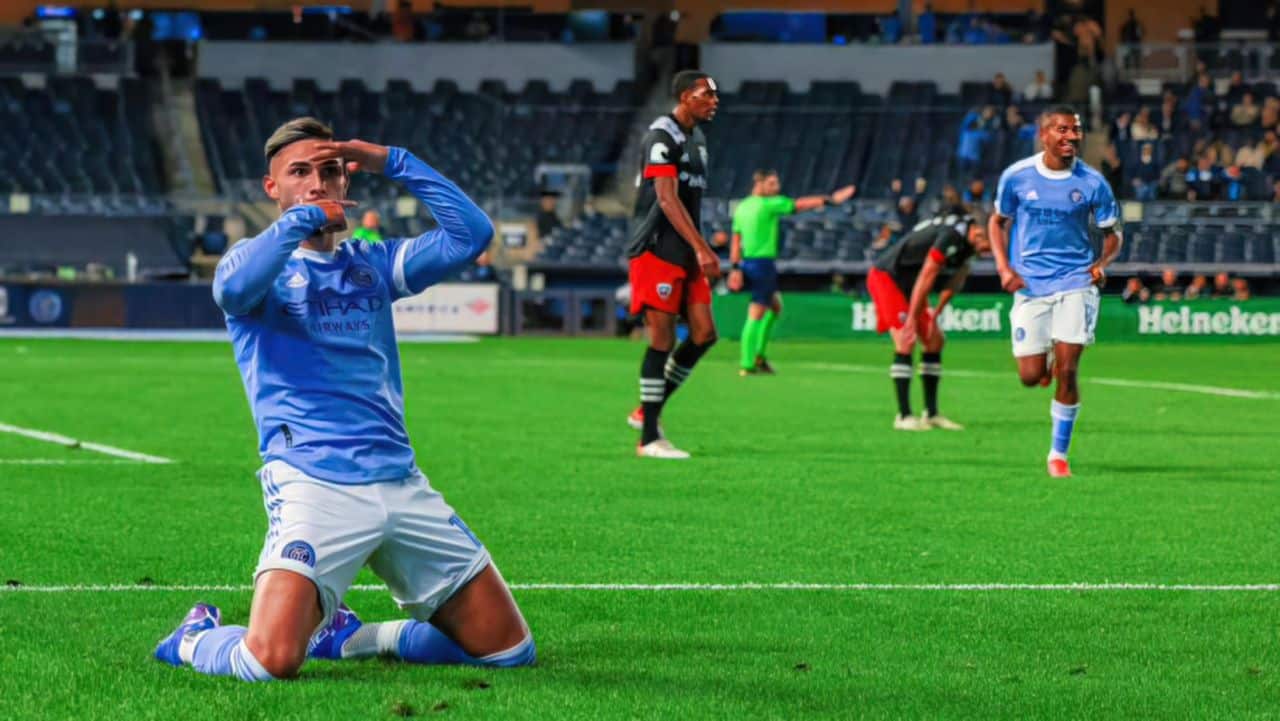 Following two consecutive wins, can the Chicago Fire provide another spoiler when they head to the Big Apple for an MLS domestic meeting with New York City FC?

Undefeated in three straight games (2 wins, 1 draw) the Chicago squad pulled the upset when defeating Real Salt Lake City this past weekend. At the same time, New York City delivered a proper hammering to DC United with a 6-0 scoreline.

Playoff hopes were seemingly in tatters after a near two-month run of disappointing results for Ronny Deila and his New York FC squad; that was until this past weekend saw the Pigeons respond to their recent criticism in emphatic fashion by putting the Black-and-Red to bed.

A six-game winless run wasn’t providing much hope for New York as the Norwegian coach held his hands up and said his team had lost confidence. This lack of confidence was followed by a 4-game streak where New York had failed to score a single goal.

Once known for their attacking prowess, a team lived up to what they’re known for at the weekend, putting six goals in the net when clashing with DC United, moving them into fifth place in the standings.

New York has returned into the MLS playoff picture, but a smidgen of recent form, and they can quickly drop outside of the top seven with a mere one point separating them from the postseason line in the Eastern Conference.

In saying that, heads should be held high after their performance at the weekend. Valentin Castellano will lead New York FC into the Chicago clash after capturing two goals against DC United and remaining as the team’s top goalscorer with 14 goals on the season.

DC United couldn’t prevent the Pigeons from attacking on all cylinders; a total of 15 shots on target saw 6 goals claimed, and a clean sheet should give them a good feeling heading into the final fixtures of the regular season.

None of the weekend’s success can go without thanks to the New York manager. Delia deserves tactical praise for the significant changes he made. Switching from 3 in defense to a back four positioned James Sands into right-back, and although Sands isn’t regular here, it enabled Malte Amundsen room on the left to imply his attack – ending with two assists on the night.

The Fire is down, but not out

Chicago can’t be overlooked despite their loss of postseason potential. They’ve begun to collect points, winning recent games, which included hurting the Claret and Cobalt’s playoff hopes this past weekend.

Chicago’s most prolific players are now living up to their potential, and although it’s a little too late because they’re eliminated from the postseason realm, a team with pride can still dent the dreams of those hoping to reach the playoff stage of the season.

Frank Klopas has eventually warmed into his new role, and the new interim manager could easily earn a full-time position if Chicago’s form continues. A win against New York would extend his team’s winning streak to three games, the longest stretch Chicago would’ve accomplished since the 2017 season.

An attacking style implemented since Raphael Wicky’s dismissal has evidently assisted Chicago’s goal-scoring chances. A 4-3-3 formation has delivered a forward pressure where the team has gelled in their movement and passing skill sets.

The Fire’s regular-season finishes with two away fixtures, starting with New York in the Bronx, a ground they’ve failed to find success in their previous 7 trips. However, they’ve avoided defeat in their last 2 road trips this term, one of which included a 2-2 draw versus the New England Revolution.

New York betting apps give Chicago a small chance of victory with a +440 betting line, and it’s hard to disagree with placing New York FC as the betting favourite.

New York FC are reasonably priced at -185, and after such an impressive display of soccer this past weekend and a playoff position at risk, backing the home side makes complete sense.

Castellanos will be the most talented striker on the pitch; expecting him to push his squad closer to a postseason position is a prediction I can get behind.

Of course, Chicago has nothing to lose, and this mentality alongside their temporary coach delivers results. But with that said, a trip to the Bronx versus a team in New York vying for the playoffs should result in a home victory.