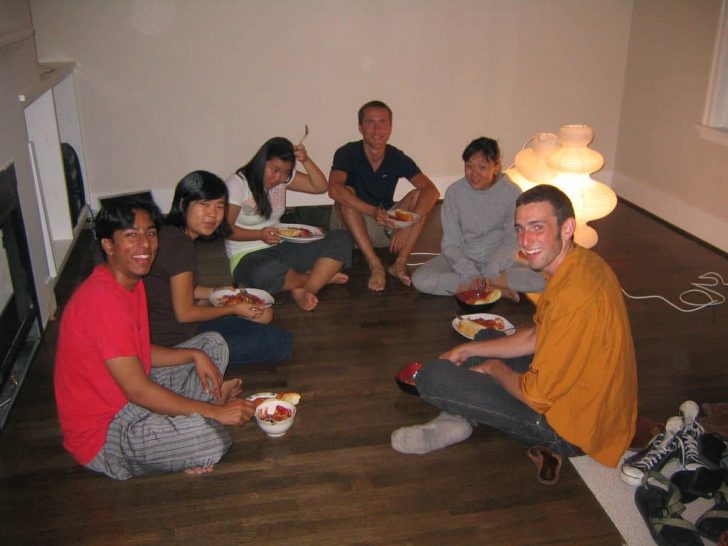 Making Friends and More in Cyberspace

Traditionally, as you get older, you make fewer social connections, and the amount of people you see begins to shrink. Usually it includes your family, your co-workers, and maybe a few old pals from your high school or college. And now with work becoming less steady and something that people are doing from wherever their laptop is, it’s time time to finally embrace the internet as the friend finder you never really considered.

Hooking Up and Relationships

What has definitely gotten a lot more attention over the years is how you use the internet for a quick one-night stand. Tinder has dominated the last decade of social media and sex, and it’s become a much more acceptable way to meet potential matches, even if long-term relationships was never the goal. And Silicon Valley is always chasing its own tail, so right now you have a wide range of dating sites and app all trying to make straight or gay-lesbian dating as easy as possible. The important thing to consider when starting out is being honest with yourself (and anyone you interact with) when it comes to what you want. We live in a time where if you just want a quickie for the night, that’s completely fine, but make sure your partner knows that, too.

And traditional relationships have also been thrown for a loop. The internet has definitely made it easier for everyone to peer into everyone else’s life (or at least what they want to share) on social media, and that means ideas about open relationships and forgoing marriage has become much more acceptable as a life choice. if you are okay with being a long distance sugar daddy, don’t worry, you’ll be able to find just the right woman who will be perfect for you.

How did you make friends when you were a teenager? Sure, by being around other kids in school or your neighborhood was a good start, but what made the difference was if other people liked the same things you did. In some ways both good and bad, the internet is just like high school, and that means it’s easy to find fan sites, reddit pages, or social media hubs that are all about movies, tv shows, sports, hobbies, and anything else people do for fun nowadays. Reddit is one of the best ways to learn new cool tings about you already care about, and while it might seem daunting at first, there are plenty of guides that can help you.

And there is no reason that the friendship has to necessary grow and bigger than posting on message boards regularly. Sure, critics can complain that it isn’t the same as hanging around face to face with the person, but if there’s one thing that the internet has shown us, is that people adapt to the technology around them, We may be moving to a future where there are a lot more online versions of friendships that ones that share the same physical space. And while VR might be too cumbersome to ever have us meet our virtual selves, you can be sure that in the future there will only be more hangouts in the digital realm, so best to get used to them today!

Much like stuff you did as a kid, video games are not only available online, but they are thriving, and it’s finally reached all ages. Now that everyone and their grandmother has a phone, you can forget an actual deck of cards, since now even the most basic sorts of games like sudoku or solitaire is available on a phone. Of course, if you want something a bit more impressive and immersive, don’t worry, there is pretty much an entire universe available to you.

And like so many video games, a lot of the universe is about beating the heck out of your opponents. And this could happen in very realistic ways, where you can play all sorts of professional sports games right on the comfort of your own couch, or you can play death match after death match in first person shooters like Counterstrike and Call of Duty (the latter being one of the most popular annual franchises out there, with a new version coming out every fall). Even the one of the most popular games out there right now – Fortnite – involves you trying to survive in a one-hundred-person battle royale, and while it’s a bit more cartoony than the other titles mentioned, you’re still collecting pistols, machine guns, and rocket launcher to blow the living heck out of everyone.

If you want something a lot less murder-ful, then there is Fall Guys, which involves sixty different players all running very silly obstacle courses, with the goal of not being the last few to cross the finish line. To make it sillier, you’re all a bunch of klutzy but cute jelly beans bumbling across see-saws and over windmills. Getting so invested in a bright and fun game is a great way to start chatting up new people, and there are plenty of strategy guides available.

The point of video games or any activity online is not necessarily to win, but to foster social bonds between people, and to work together to achieve goals. You might not be thinking about that when you are throwing a grenade into an enemy camp, but it can be the start of a wonderful friendship.

Originally published on September 15, 2020 in Relationships