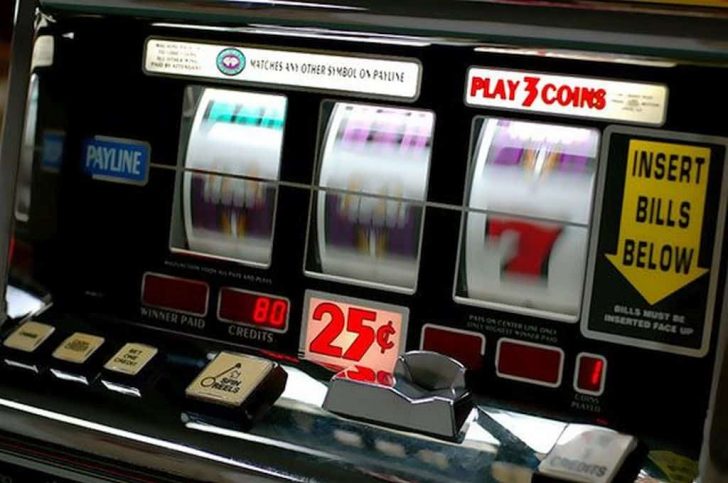 Here at Unfinished Man, we believe a bit of gaming is good for one’s health. I mean, we write about games so often that we have to find a way to justify it. As an example…

MIT Associate Professor Natasha Schüll says that playing slots – such as NJ Online Slots – can actually cause some players to enter a creative flow state. (Read Mihaly Csikszentmihalyi’s “Flow: The Psychology of Optimal Performance” if this subject interests you.)

I’ve certainly felt “flow” while playing rounds of Counter-Strike so many years ago, but I’m not here to talk about video games today… at least not the kind you’re thinking. No, I want to touch on something that pre-dates even the Atari console: slot games.

We’re not big into gambling, but every so often it’s fun to sit in a casino (or the computer room, pick your poison), enjoy an alcoholic beverage, and play some slots. However, there are a few things you might not know about playing slots that we want to clear up:

If I stop playing slots now after playing for a stretch without winning, does someone else log-in online and have a better chance of winning? No. The “random number generator” in slots game software is constantly at work, selecting random numbers or combinations. Even when you’re not playing, the software never stops working. It shuffles faster than you can press buttons. Winning at slots is less about beating the software than player luck. And some players are luckier than others. So don’t worry about sticking with any particular slots game. It’s fine to play another or take a rest from playing!

Can the slots software owner determine who’s a winner or loser on a control panel? Good grief, no! Various gaming control authorities review slots software to make certain of this. For example, each U.S. state has its own gaming control board. The IAGR gaming regulators provide a helpful list of these overseers around the world.

Will using a kind of computer hardware help me win at online slots games? No, sorry. Some players decide to play online slots with a dedicated computer or device. They use it for nothing else. Some people say this is a good security measure.

Does the site webmaster have the authority to stop the game when a player is engaged? Most likely, because the webmaster works to make sure that the site is problem-free. The webmaster won’t act to keep you from winning.

Do slots games in higher denominations confer a higher probability of player winnings? The short answer to this question is no. But higher bet games will have higher payouts. For example, if you bet $5.00 and win, your payout is likely to be higher than in a penny game. But, interestingly, penny and “spare change” games are the most popular games in Las Vegas because more people will try a small vs. a large amount.

Is it possible to prime the game by making smaller or higher bets until hitting a win? No, that won’t help the player win. Slots software, like an actual slots machine, don’t work this way. If making a larger slots bet is uncomfortable, bet on a lower level game. The software doesn’t discriminate in this fashion…

Will focusing on higher denominations help the player win faster or larger amounts? Absolutely not.

Does how long the player play any specific game bring him or her any closer to hitting the jackpot? No, not at all. Because of the random number generator, that’s not going to happen. The game has a programmed percentage rate, according to gaming author Gayle Mitchell.

Does a player’s odds of winning increase by playing on a specific site? This question reminds us of the Las Vegas query about playing closest to the casino doors. On the theory that the casino wants other players to witness player success, some people say this is a good strategy. And many players don’t write or review the best player sites because they just don’t want other people to get in on the action.

Will a player’s chances of winning improve if he or she plays at a specific time or day? Not that we know of. The random number generator is absolutely random. But part of the fun of playing involves trying out new games or sites.

Originally published on March 18, 2020 in Gaming