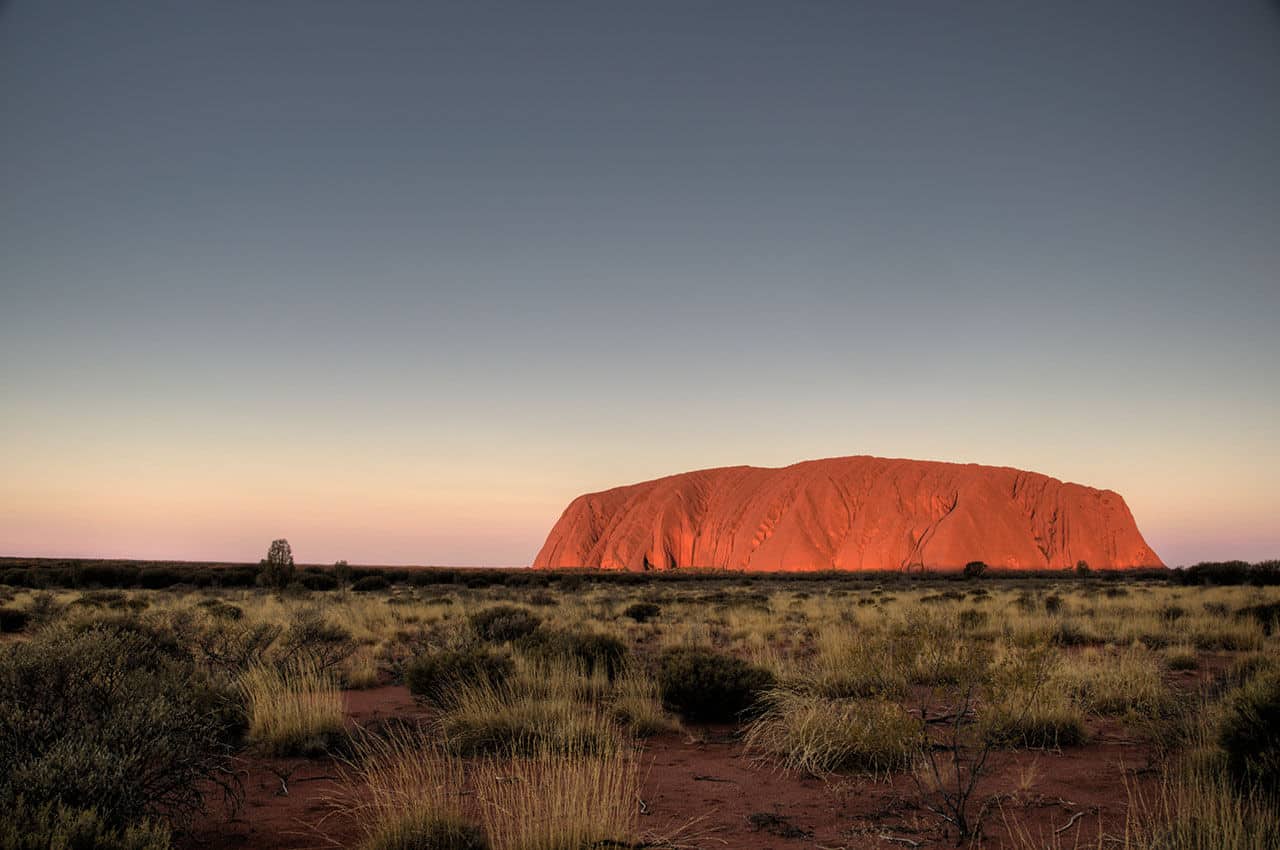 Towering above the Australian outback is a giant sandstone rock formation known as Uluru, or more popularly, Ayers Rock. It’s massive, it’s beautiful, it’s very old, and if you’re very lucky, one day you’ll have a chance to hike up its summit and experience its wonders for yourself.

Inspired by a recent hike I did on St. Helaire in the beautiful Quebec countryside of Canada, I decided to start researching a few awesome hikes abroad for my upcoming travels. If you’ve ever considered taking a trip to Australia, then I suggest booking your flights and getting your accommodations in order. I promise you, by the time this article is done, Ayers Rock will be at the top of your short list.

Ayers Rock, The Rock Formation… not the Band

Before we get started, no… I’m not talking about the 1970s progressive jazz fusion rock band of the same name. Though undoubtedly a musical force to be reckoned with, they’ve got nothing on the place they lifted the name from. Check this out… 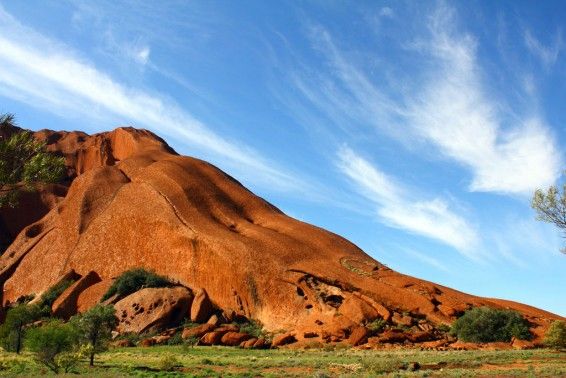 Located 335 km south west of, Alice Springs, we see the start of something great. It doesn’t look like much from here, but I assure you, the perspective is deceiving. If only there was someone standing here to show off scale properly. 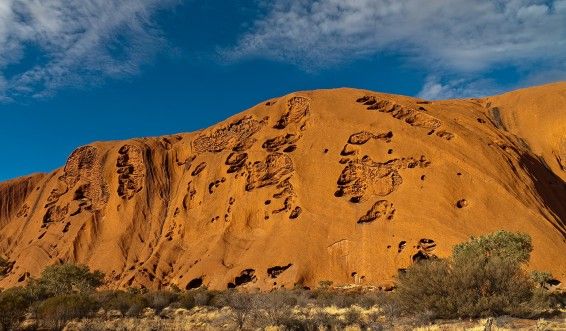 Almost looks like aliens did a number on the side of the mountain and indeed, many (crazy) people believe that Ayers rock is, or at least was, a hub of alien activity. Personally, I’ve always wanted to meet aliens of the outer spacer variety, but figure they probably don’t have much interest in a rock formation. Then again, who am I to judge what’s important to aliens? 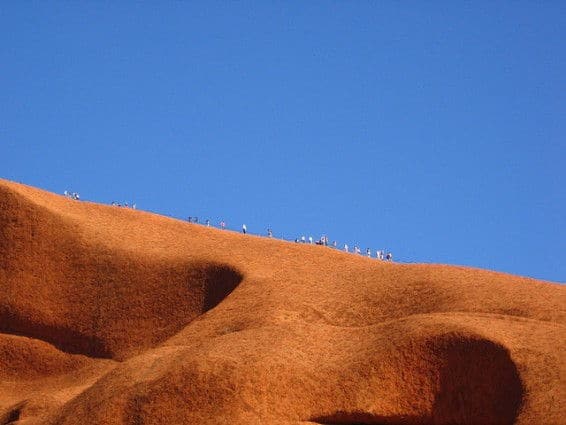 Here we go, something to show scale. Yes, those are people and yes, Ayers Rock is a lot bigger than it looks in some of the photos. Reaching a height of 863 meters, the hike is more than a short jaunt. The average hiker takes a few hours to reach the top, but I have no doubt you can pull it off in a lot less time. After all, Unfinished Man readers are pretty awesome. 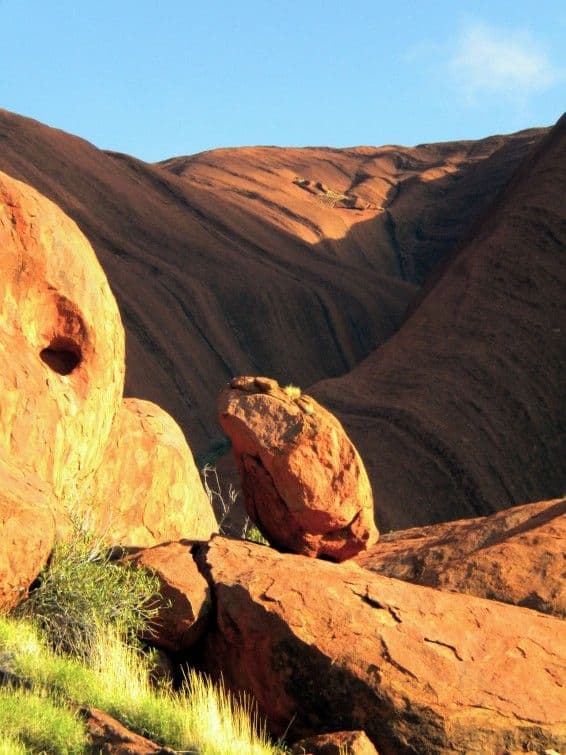 When you’re hiking with your buddies up here, this is what you need to say: this place rocks. Keep that one to yourself until the right time, though… it’s from my personal collection. 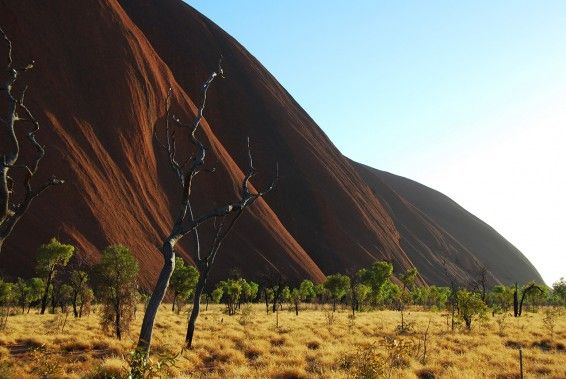 Look at this… absolutely stunning. I’m a sucker for a pretty fac… place, and this definitely fits the bill. The climb looks daunting, but oh how incredible it must be once you finally reach the top.

Time is of the Essense

So, there’s a slight little problem that I hadn’t mentioned earlier: Ayers Rock is sacred to the Anangu aboriginal people of Australia. Though currently tourists are allowed to perform the hike, that may not last. The Anangu are petitioning the government to close the entire park down, and that means that if you want to experience it for yourself, you had better get crackin’.

2 comments on “Hiking in Australia – The Majestic Ayers Rock”