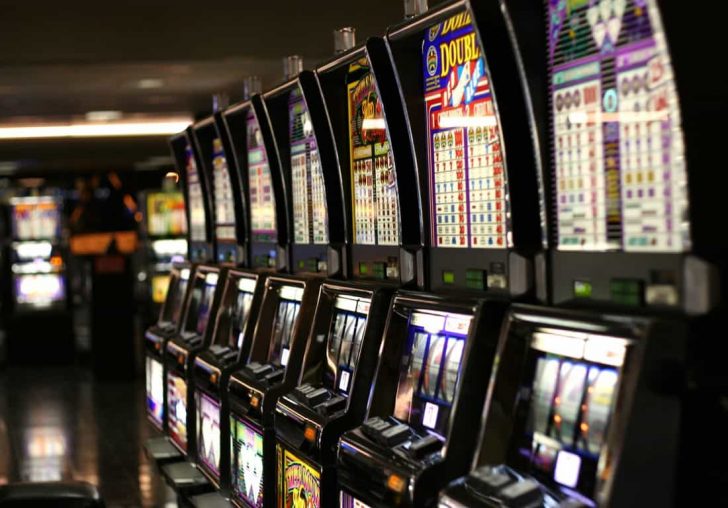 The Development of Slot Gaming Technology

Way back, over 120 years ago, one of the gaming world’s most popular pastimes first saw the light of day. Called the Liberty Bell it had a mechanical handle, three reels and a combination of symbols including playing card suits, lucky horseshoes and the eponymous Liberty Bell. Designed by a Bavarian engineer called Charles Fey who had a day-job working for California Electric Works at the time, the first ever slot machine proved to be an immediate success. So much so, in fact, that Fey was soon able to quit in order to set up his own factory mass-producing the machines on San Francisco’s Market Street.

But if Fey was alive today he’d certainly not be able to believe his eyes at what his simple invention has evolved into.

Of course, there have been many stages between then and now. The first was when slot machines were first changed from being mechanical to electrical which, in turn, led on to features like nudges and holds as well as free plays and special bonus rounds.

But it was in the late 1990s when the introduction of video technology truly transformed what was possible into a virtually infinite choice for designers. One of the first manifestations was the second screen bonus which was a quantum leap for slots gaming, but this was only the start.

Once the basic programming of a slot machine governed by a random number generator had been devised the potential proved to be huge to start creating games that were more involving, exciting and rewarding than ever before.

Whereas classic slots generally relied on having three reels this meant an extra two could be added and a number of rows could also appear in the win lines. At a stroke the number of potential winning combinations was hugely multiplied – an obvious attraction for players.

And while many slots machines had already been themed for a long time – the advancing technology meant that this could be made even more sophisticated and appealing. Building on the appeal of “offline” slots many, including the ever-popular Rainbow Riches, were developed to become online games but there has also been a real burgeoning of games based on pop culture and other themes designed to appeal to a particular age group or interest.

As a result, developing a slots machine today probably has more in common with creating a video game than ever before. It usually relies on a big team with many complementary skills working together on a project that involves sound, video and more than just a hint of storytelling too. In fact it’s not unusual for slots developers to lure staff from the gaming and film industries to use the skills they have learned in other fields to create slots that are more immersive and involving than ever before and which feature everything from popular TV shows to Marvel Superheroes.

As to where we go from here, the growing popularity of virtual reality in computer games is hotly tipped to soon be making the crossover into many other areas – and online slots is sure to be one of them before long.

Originally published on October 10, 2016 in Technology