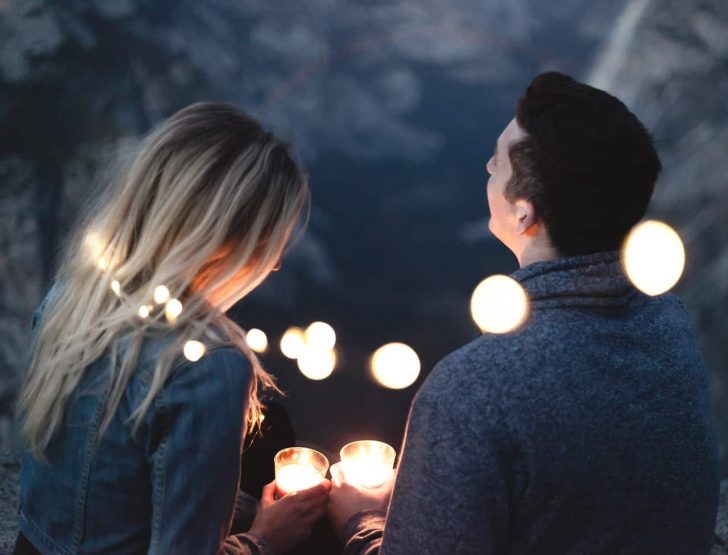 Dating With Confidence After Lockdown is Lifted

The COVID-19 lock down has been hard for all of us. The isolation and living in close proximity to our families has been stifling at best and catastrophic to relationships at worst. The truth is that we human beings are not built for captivity, and even when we share a space with our favorite people in the world, the cabin fever can be volatile for our relationships. It remains to be seen how the lock down will cause a spike in divorces like it did in Wuhan earlier this year. Still, as difficult as it has been for those in relationships to negotiate the lock down, it’s been even harder on those of us who are single.

At a time of global fear, confusion and most recently outrage, many of us are frustrated, lonely and feeling the effects of the lock down on our mental health more acutely than ever. But there’s light at the end of the tunnel. As various countries and states all over the world start to ease lock down measures, we’re collectively preparing for a return to our normal habits. And that means getting back in the game and finding someone special. But dating is challenging at the best of times. And who knows how the lock down will have affected other people out there looking for love? While it may have been a while since you were last in a relationship, here we’ll look at some tips for dating with confidence after the lock down has been lifted…

First of all, work on who you want to be in your next relationship

So, who do you want to be? How will you prevent any mistakes made in previous relationships from happening again? Will you promise yourself to listen more? Or to be more assertive and clearer in what you want? Or to chill out and take things as they come rather than panicking about where the relationship is going?

There are no wrong answers, but it’s important to think about how you will define yourself in this relationship.

Start with the right apps

Dating apps will undoubtedly play a part in your dating life, especially if you want to start testing the waters while the lock down is still in place. There are around 54 million singles in the U.S., and around 49 million of them have at least tried online dating. But which apps are the right fit for you? It depends on what you’re looking for. This article has some useful insights in terms of which apps are the best choice for men.

So, you’ve met someone who you think could be special, traded a few words in-app and think that the two of you could have something special going forward. But before you commit to a date when the lock down has ended, there’s no reason not to start out with a few online dates.

Yes, online dates are inherently awkward, but there are lots of ways you can enjoy one another’s company through a video messaging platform. Plus, it’s a great way to get a sense of one another, and build a sense of anticipation for the day when you get to meet face to face.

Everyone’s worst nightmare is meeting up with a gorgeous date and finding that once you sit down in front of them that you have nothing to say. You want to come across as an erudite and observant guy, not a tongue-tied fool.

So, do your homework.

Take a look at her social media feeds. Find out what she’s passionate about. If it’s something you know little or nothing about, do a little research. Learn enough to be able to ask her questions and allow her to educate you. You’ll also get a feel for the kind of person she is, and how compatible you may prove.

Boost the odds in your favor

Worried about making the right first impression? Worried that she won’t be wowed at first sight? You may want to invest in something to boost the odds in your favor and make the ultimate first impression. For some, a cologne enhanced with pheromones helps to fan the flame of attraction and ensure that they are seen as desirable on that all-important first date. Here are some of the best pheromones for men that work. While nobody’s claiming that they make you irresistible to others, they can enhance that initial attraction and help you to lock them down for a second date.

Be clear and open about what you want from the start

All-too often, we can fall into the trap of becoming so besotted with someone in the early stages of the relationship that we try and twist and mold ourselves to them. Because we’re so enamored with them and petrified by the thought of losing them, we try to be whoever they want us to be. But while we should all be malleable and recognize when a potential partner can bring out the best in us, we gain nothing by being dishonest to them or ourselves from the start. Try to live your life being who someone else wants you to be, and it’s only a matter of time before resentments start to kick in.

Worse still, if we’re looking for casual fun, but imply (even by omission) that we’re looking for something more serious, this is a recipe for broken hearts. So don’t be afraid to be open and honest about what you want and expect from the relationship in the early days. A little honesty can go a long way.

While you may have some anxieties and misgivings about dating after the lockdown, hopefully this post has helped you to approach the dating scene with confidence and put your best foot forward.

Originally published on June 10, 2020 in Relationships