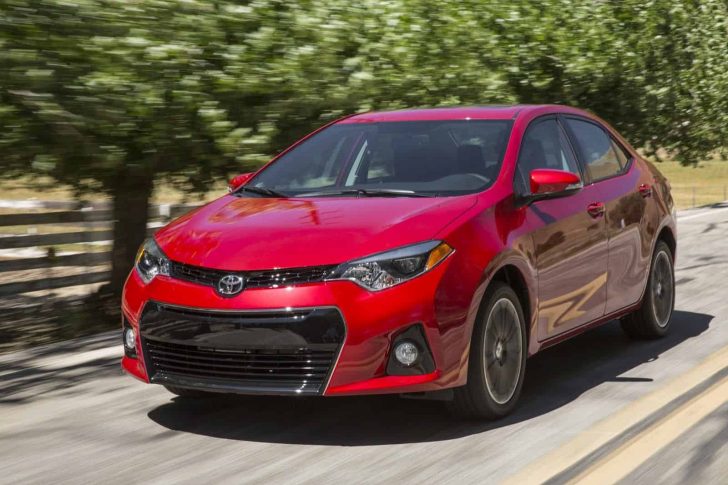 The Toyota Corolla is not the type of car we normally write about at Unfinished Man, because we’re car enthusiasts and cars like the Corolla are for the masses that just want to go from point A to B.  But we’re feeling adventurous today, and decided to post the all-new 2014 Toyota Corolla.

The 2014 Corolla is the 11th generation of this world’s bestselling car, and unlike previous generations, the 2014 Corolla’s exterior design does have a bit more character and doesn’t just blend into the background; whether that’s a good thing or bad depends on your taste.  Personally, I’ve never been a fan of the car from a car enthusiast’s point of view, but I do appreciate what the car stands for (simple reliable transportation) and the fact that Toyota is taking the steps to give the car more character.

The 2014 Toyota Corolla does offer more room for passengers; it is 3.90” longer, 0.63” wider, and 0.39” lower than the car it replaces.  There are two 1.8 liter 4-cylinder engines offered in the new car; the first one produces 132 horsepower and 128 pound-feet torque and the second one comes with 140 HP and 126 lb-ft of torque.  There are three transmission choices, depending on the trim; a 4-speed automatic, a 6-speed manual, and a 7-speed CVT.

The car is equipped with LED lights, 8 airbags, and a pretty decent looking interior.  The car’s body is more rigid than the previous generation, providing a better ride and safer cabin for the passengers.  The car comes with a state of the art front crumple zone, when an accident occurs the structure of the car in the front is meant to the brunt of the force, allowing less force to go into the cabin which prevents passenger injuries.  But if you do happen to get injured, especially in California, give San Diego injury lawyers a try, they’ve dealt with countless automobile related injury cases.

Toyota hasn’t provided information on pricing on the 2014 Corolla, but we expect it to be in line with current prices.  The car will be available in dealerships later this year.  Via: Toyota