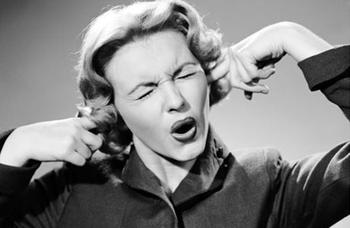 What To Do When She Doesn’t Reply

I know you’ve been there.  You thought there was a connection.  She seemed really interested and couldn’t wait to give you her number.  You even allowed your thoughts to wander to “maybe she’s the one” and then… she never calls you back.  Don’t worry brochacho, it’s happened to us all.  Read on and find out the best way to handle that situation with dignity and awareness.

What Happened? – Don’t Assume You Have All The Information

Whether it’s your email or phone call that she is not returning, or that message you sent on Victoriabrides, don’t assume you did something wrong.  You can analyze it to death, but it may have absolutely nothing to do with you.  Her ex-boyfriend may have just decided to come back into her life, she may have just gotten assigned to a massive project at work and has lost herself, her dog may have just passed away, she may have been captured by aliens and is recovering from intensive probing…you have no idea.  The important thing to remember is to just let it go and don’t beat yourself up about it.

Yes, she could have picked up the phone to let you know she’s really busy but wants to connect.  Yes, it would’ve been the courteous thing to do.  However…shit happens.  Somewhere along the line what appeared to be a connection dissolved.  Don’t get hung up on the “what ifs.”  Move on.

The reality is that you deserve a woman with good follow through that respects and desires your courting.  Whatever the reason, if you are forgettable to her then chances you wouldn’t have developed a highly satisfying relationship with her anyway.  Don’t over-analyze it.  Move on to a woman that will truly be interested.

Don’t be the guy at the black jack table doubling his losing bets while the rest of the table has cleared out and the disinterested dealer takes hand after hand from the hapless sap.  Get up and move to the next table.

If a girl doesn’t respond to your message then she’s not interested.  If you call her and she doesn’t respond, don’t follow it up with a text message to see if she got your original.  This is undeniably desperate, does not convey the confidence that women desire and is flat out beneath you.  Chasing an uninterested girl will only lower your self esteem and leave you focused on someone not worthy of your attention.  Save your “dating capital” for a woman that’s a better investment.

Believe me…you can do better than a woman who perceives you as unworthy of a 30 second text to acknowledge your effort.

This Is A Reflection of Her, Not of You

You know what…maybe you did say something that turned her off or made her lose interest before you got started, but you tried.  You made the effort.  You put yourself out there and asked for her number/email/social media link/satellite coordinates/whatever and you allowed yourself to be vulnerable (I know…you hate that word).  Feel good about your genuine effort to connect with someone who interested you and most importantly KEEP DOING IT!  I promise you the more you try, the better you’ll get at it and the more likely you’ll be to find the right woman who will welcome your effort.  Keep your confidence high.

Don’t forget that lots of women have issues with intimacy.  Men get famously and frequently blamed for failing to let the opposite sex in, but women struggle too.  A woman who gives her number or email out to someone one night and doesn’t have the continuity of interest to return your action has issues.  Don’t allow her dysfunction to make you feel inadequate in any way.

Don’t Be Creepy or Angry

She could have handled the situation better, but she didn’t   That is no reason for you to go nuts and take any kind of creepy course of action.  If you are contemplating an action that you think might be potentially creepy, think no more…it is.

Leaving scary or frequent messages could be criminal at worst and unflattering at best.  They’re not going to change the situation.  In fact, those messages only make her more secure in her assessment of you as unworthy.  Don’t subjugate yourself and allow her to be right about you.

Take the high road and create some good dating karma by practicing compassion for her for not being as evolved and willing to take risk as you are.  You did your part.  She couldn’t answer the bell and if she gave you her info in the first place, then she’s clearly confused about what she wants.  Move on.

Dating can be a series of false starts, hiccups and challenging situations.  Use the journey as an opportunity to learn about yourself and step you closer to the person you want to be with.