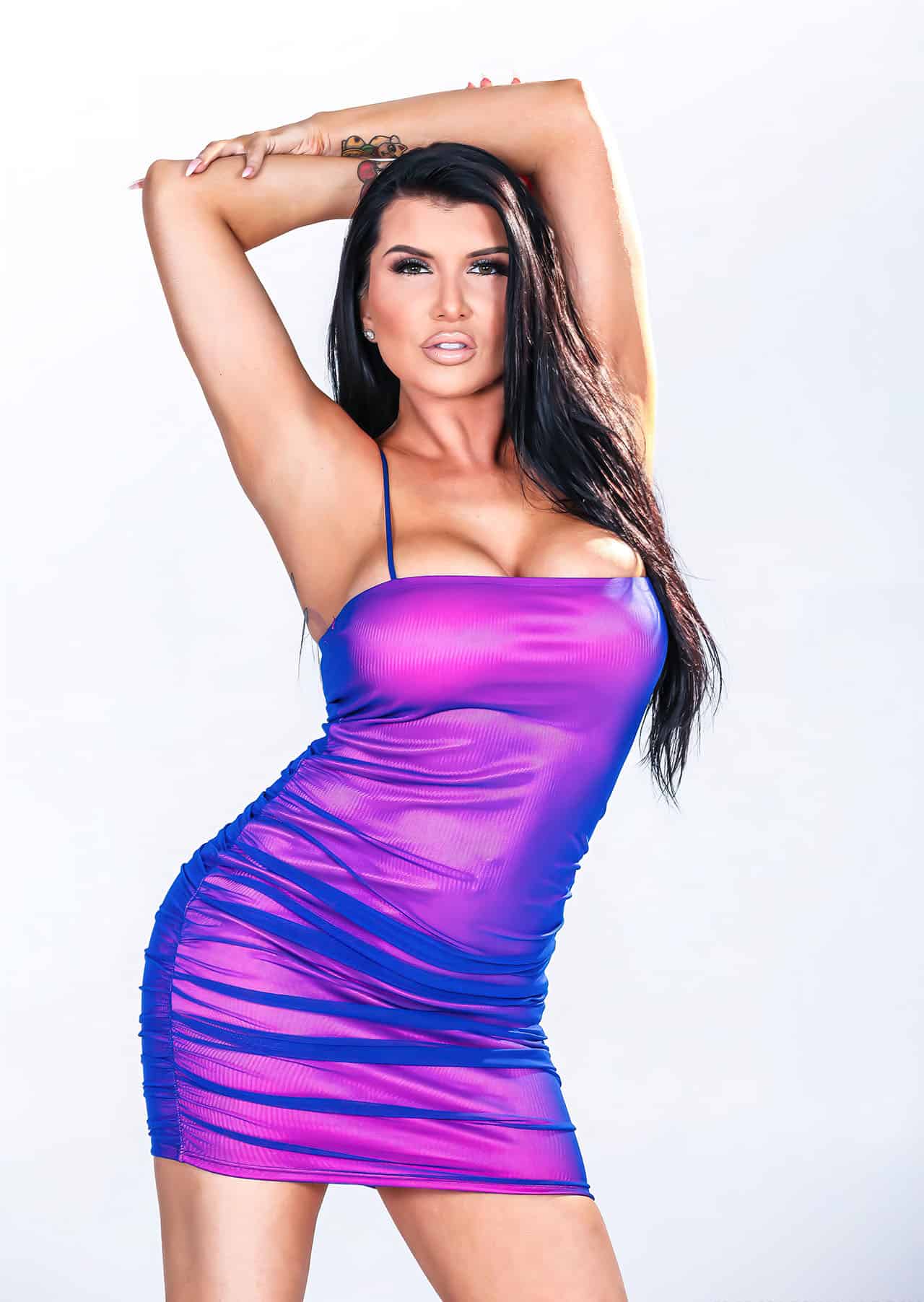 Who is Romi Rain?

Born January 12th, 1988, Romi Rain is an American actress in the adult film industry, though both of her parents are Italian. The 33 year old was born in Boston, Massachusetts, and currently lives in Los Angeles, California, United States after relocating there when she turned 18. She is now also a content creator and streamer, and is currently very active on social media. She can be found easily by her name, Romi Rain on Twitter and Instagram.

In 2019, Romi Rain co-hosted the AVN Awards. She has also won the XBIZ ‘Female Performer of the Year’ in November 2018. She is currently a free agent available for hire, as well as a certified sex educator.

Unlike many others in the adult industry, Romi Rain does not use an alias in her films, and goes by her real name. With a birthday in January, that makes her zodiac sign a Capricorn. She has white skin, black hair (now dyed blonde), brown eyes, and she is a Christian.

Rain’s height is 5 feet and 6 inches tall, she weighs 121 lbs, her cup size is 34E, and her shoe size is 7.5 (US). She started her career in the adult entertainment industry in 2012, as a 24 year old. Since then, she has appeared in over 615 adult films of many different categories, with both men and women, as she is a bisexual.

Romi Rain grew up in Dorchester, Massachusetts for the most part, and was known as the class clown in grade school because of how often she got herself into trouble, and consequently, detention. Her first job was as a hostess at a Chili’s, when she was 15 years old. The following year, she worked at a Friendly’s, scooping ice cream. Then, after working at various restaurants as a waitress, Romi worked at Guess Jeans department store for a short time before moving to Los Angeles where her main career would kickstart.

Rain’s first job in Los Angeles would be as a hostess at a steakhouse restaurant, and at the Roosevelt Hotel chain. At age 19, she started exotic dancing through to the age of 21, where she transitioned to bottle service in both Los Angeles and Las Vegas, Nevada. Additionally, she became a webcam performer for Playboy Live after modelling at trade shows. Soon enough, Romi began nude modelling, and even appeared in a few Playboy Special Editions.

Transition to the adult industry

Now, over 600 adult films later, Rain is still active to this day, and is a frequent user of many social media platforms, especially OnlyFans which is the only place where she directly messages her fans. You can also find Romi Rain on Twitter, Twitch, YouTube, Instagram, and on your favorite 18+ website.

We had a ton of fun interview Heather Shanholtz, and perhaps we could interview Romi as well!

Benefits of Pornography for Men