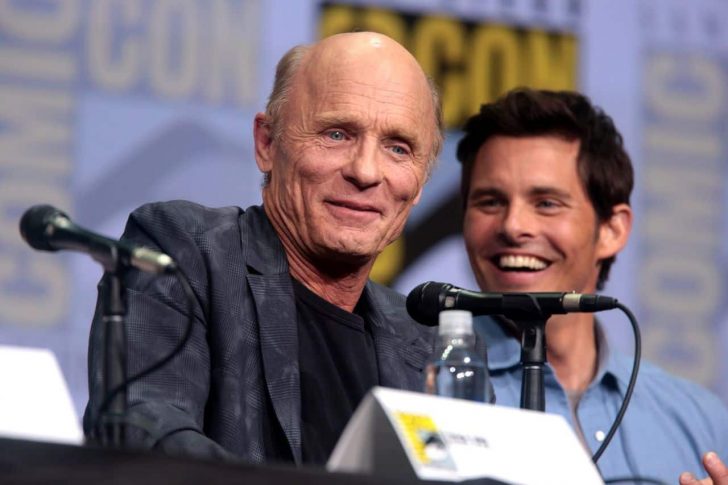 The popularity of streaming TV has reached epic proportions. 40% of US households now have streaming devices and the revenues of this industry are set to double by 2020. As they have reached $9.5 billion from 2012 to 2017, these predictions prove that this is one of the most successful industries nowadays. And it’s really no wonder that with every year we get more and more amazing shows to enjoy through these streaming services. The most anticipated TV shows of 2018 are extremely versatile, so you will definitely find something to love among them.

This Roseanne is a relaunch of the highly successful Roseanne show from the 1990’s. Well, it’s less of a relaunch and more of a 10th season that some fans have been waiting for over 20 years. Whether this new show will be able to repeat the success of its original is a mystery that you can solve by watching it. One thing is for sure, the new Roseanne is sure to be pleasing for all fans as it features the original cast in its entirety. Yes, this does include Dan (John Goodman), whose character died in the end of the ‘final’ season in 1997.

If you don’t know who Philip K. Dick is, you aren’t a fan of science fiction and probably wouldn’t enjoy this show. However, to the rest of you who love their sci-fi, this would be a virtual ‘holy grail’. Considering Amazon’s pretty restrictive geo-policies, those who want to enjoy it outside of the UK might need to brush up on their Kodi tutorials. It’s definitely worth the effort as this show is said to be the new Black Mirror. Is that doesn’t sound exciting, we don’t know what does.

And again Amazon strikes gold on the most anticipated TV shows of 2018 with this thrilling drama featuring Julia Roberts. This story is taking the successful podcast to a new format, so its success is pretty much set in stone. With a cast like this and the original screenwriting team on board, we can expect great things from Homecoming.

If you love a dark comedy and a story with a deep meaning behind it, Maniac will be right up your alley. With Oscar winners and nominees in the cast, this show will definitely display a lot of good acting. The story is also promising, but you’ll have to watch to truly understand what it is about exactly. The simple explanation is a ‘shared fantasy of two mental institution patients’. However, the reality of the show is much, much more than that. It’s gripping, sad, hilarious, dramatic, thrilling, and many other things.

Westworld season 1 was nominated for 22 Emmys, 32 Writers Guild of America Awards, 3 Golden Globes, 4 Critic’s Choice Television Awards, and 2 Satellite Awards. It won nearly all of them, which is a testament to the quality of the show. This story is unlike everything else you’ve ever seen, even if you did see quite a few stories with a similar plotline. While it hardly introduces any new ideas for hardcore sci-fi fans, Westworld’s outlook on the social side of the human-robot relationship is nothing short of fascinating. And so is the entire world the story is set in. There really couldn’t be any doubt that the second season will top the list of the most anticipated TV shows of 2018. The mystery surrounding it surely added to that as so little is known about what exactly will happen in the second season. Trailers stoked the fires of viewers’ curiosity, but did nothing to explain what is it exactly that we will be seeing come the end of April.