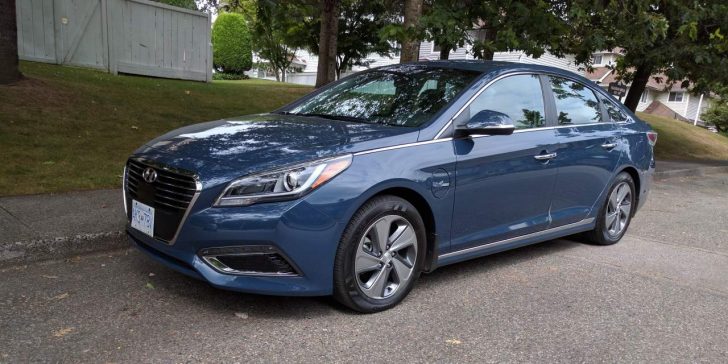 These Are the 12 Safest Cars on the Road, According to Experts

You can’t put a price on safety. You shouldn’t even try.

Fortunately, you don’t really have to. While some vehicles rated top in their class for safety do cost more than equivalent competitors, plenty of budget-friendly rides make these lists too. And, when you source high-quality, low-cost auto insurance policies through insurers like Freeway Insurance, you’re likely to find discounts on policies for safe cars (not to mention other things, like safe driving).

You’re probably asking: How do I know that the car I want to buy is as safe as I hope it will be? For that, you’ll need to turn to the experts.

Without further ado, these are some (but not all!) of the safest cars on the road, according to the experts at CBS News, U.S. News, and USA Today. Which one calls your name?

Hyundai Sonata is a popular midsize car that goes toe to toe with Toyota Camry on features, performance, and price — and comes out ahead on all three metrics. Where Sonata really shines, however, is safety. It’s head and shoulders above the midsize pack on crash safety and other important measures.

Honda Insight is one of the original hybrid hatchbacks. More than a decade after its release, it continues to wow drivers and pull its environmental punches. What’s different now is Insight’s surprisingly robust safety features, which are enough to edge out other hybrid stalwarts like the Prius hatchback and small van.

With standard all-wheel drive and redundant design, Subaru has long been the go-to for safety-conscious drivers seeking efficient support for active lifestyles. Its Impreza sedan and wagon continue that proud legacy. You can’t go wrong here: Despite its compact, low-to-the-ground profile, the wagon packs an impressive amount of cargo space; meanwhile, the Impreza sedan is one of the peppiest in its class.

Kia Sorento doesn’t attract many second glances. Whatever it lacks in looks, though, it makes up in exceptional safety, economical performance, and family-friendly interior features. As the second-best IIHS safety pick in the midsize SUV category, Sorento earns its keep. And it’s significantly cheaper than most of its top competitors, thanks to Kia’s famously lean production operation.

Hyundai Kona is another Korean SUV — this one on the small side — that emphasizes safety and economy. If you’d prefer not to upsize too quickly to a midsize or large SUV, but you seek the peace of mind that comes with driving a vehicle that’s bigger than most others on the road, Kona is a strong compromise. And its ingeniously designed cargo spaces speak to active drivers.

Toyota Camry might not be the clear favorite in the foreign midsize sedan category anymore. These days, it’s facing stiff competition from the likes of Subaru Impreza and Hyundai Sonata, both of which edge out Camry on safety too.

Not that anyone should sleep on Camry. It remains one of the most popular cars on the road for a very good reason: It’s extremely dependable and has very low lifetime ownership costs. It comes in a fuel-sipping hybrid model too.

BMW X3 isn’t the cheapest vehicle on this list. Not by a long shot. And not that that matters to safety-conscious drivers of means. X3’s impressive safety features, exceptional performance, and well-duh cabin comforts mean you get what you pay for, and then some. Finally, a luxury SUV that’s as comforting as it is comfortable.

Kia Optima bears more than a passing resemblance to Hyundai Sonata, and it’s nearly as impressive on the safety front. Whether its lower sticker price is worth the (slight) safety compromise is up to you.

The legendary E-Class full-size sedan is not quite known for safety. Like the rest of the Mercedes lineup, this line is all about style, comfort, and performance.

On the other hand: Safety really does matter. If you don’t need the cargo capacity of an X3 (or Mercedes’ G-Class equivalent) or the zip of Mercedes’ AMG marque, E-Class is the natural choice for your family.

Mitsubishi Outlander is a midsize sport SUV that’s as aesthetically pleasing as it is resilient. Eco-conscious buyers love the PHEV option, which uses virtually no fuel in city driving. In highway driving, Outlander is still quite efficient, and the peace of mind that comes with safe driving at speed is impossible to discount.

Ford Edge is a resilient crossover SUV that packs an impressive amount of storage space into a sleek, swept-back frame. It’s the perfect ride for road-tripping families concerned first and foremost about the most precious cargo of all.

Toyota Avalon resembles an oversized Camry. Inside, it’s a different story — more E-Class than efficient Japanese import. Of course, this American-made gem’s sticker price is a far cry from its German counterpart’s. If safety matters more than what’s on the label, Avalon is the clear winner in the full-size sedan category.

What price are you willing to put on your family’s safety? Is it even possible to say?

If you can’t guarantee that your car won’t be involved in a serious, even life-threatening crash, the next best move you can make is to do everything in your power to limit that crash’s impact.

That means investing in a vehicle that’s earned top marks on safety from reputable, impartial rating authorities. It may also mean making compromises on other important metrics that car buyers typically prioritize, such as fuel economy and performance. Although, given the caliber of the vehicles on this list, chances are good that you won’t have to sacrifice much.

Nevertheless: If your priority is to ensure the safety of those riding in your vehicle above all else, then you’ll need to put safety first, second, and third.

You’ll find you sleep better at night when you do. Are you ready to make the right decision for your family, right now?

Originally published on November 1, 2019 in Cars