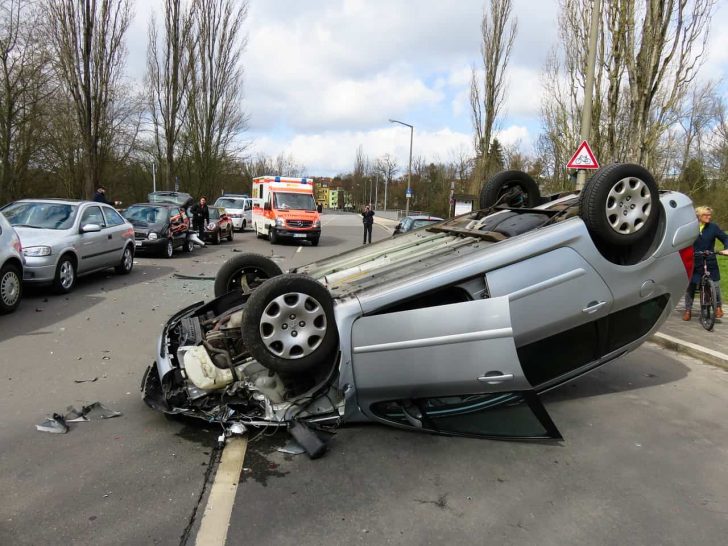 These 8 Cars Are More Likely to Get in an Accident

Did you know that if you drive a red vehicle or sports car, you’re more likely to be pulled over for traffic violations? Police officers profile these vehicle owners as more likely to take risks. Plus, they’re more eye-catching than other vehicles, so mistakes are more easily observed.

You might think that this profiling is stereotypical and untruthful, but there are actually vehicles that are more likely to cause traffic violations and/or get in a car accident. Since car accidents can cause debilitating injuries and possibly death, it’s important to avoid this at all costs. Here are some vehicles to watch out for when you’re looking to buy your next car. If you still want to get any of these following cars, then it might be worth researching the specific parts that makes these cars so dangerous and get an upgrade from Autoparts-24.com.

The online lender Wikilender performed a survey of vehicle owners, lenders, insurance providers, and vehicle repair shops to determine which cars were most likely to be in an accident. They discussed more than 2.4 million vehicles made from 2009 till the time of the survey earlier this year.

The BMW 4 Series topped the list. Their research showed that 18.5 percent of BMW 4 Series owners have experienced car accident damage on their vehicle. It’s a nice car, but is it worth the risk?

There’s no denying that the Ferrari 458 Spider is sexy. The 4.5LV-8 engine and 7-speed auto-shift manual transmission with overdrive are enough to put any man behind the wheel.

However, the crash statistics are concerning, to say the least. Not only is the crash test rating abysmal, but drivers are nearly six times more likely to get in an accident (largely because of the need for speed one feels behind the wheel).

The Jaguar XJ is a British-made vehicle with all the trimmings. The standard comes with a 3.0-liter supercharged V-6 engine with surprisingly good gas mileage. It’s less appealing when it’s on the road, ready for an accident, however.

A grand total of 15.7 percent of Jaguar XJ owners say that their vehicle has been in an accident. Despite the all-wheel drive, the 340 horsepower makes it difficult to handle on the road.

Lexus is one of the most popular luxury vehicles in America, largely thanks to the relative affordability when compared with other luxury cars.

However, Wikilender research reveals that this particular model is pretty accident prone. The Lexus CT 200h is also on the list for most crash-prone vehicles, another strike for the make.

The Land Rover Range Rover Evoque is a thing of beauty. Its sleek exterior and high clearance make it ideal for outdoor and off-roading adventures. It’s also considered a luxury vehicle, so you can enjoy the great outdoors in style.

But the visual appeal of the Range Rover Evoque isn’t enough to hide the impracticality of this crash-prone vehicle. Even though about six percent of Range Rover Evoque owners don’t report it, there’s an uncanny amount of accident damage for this off-roading vehicle.

Bentley motors are infamous for their ultra-powerful, gorgeous luxury vehicles. You can drive fast and in style with any of their models, but the Bentley Continental Flying Spur might not be the best choice. It has a low crash-test rating and a high propensity for accidents.

Not coincidentally, the Bentley Continental GTC and Continental GT also made Cars.com’s list of vehicles most likely to get in a car accident. The Continental series might look great, but is it worth the risk?

The damage reported against the Audi A5 models is shocking. About 9.5 percent of American owners have reported damage to repair shops and insurance agencies. The survey also showed that about 5 percent of owners experience damage from car accidents, but don’t report it. In total, 14.2 percent of A5 owners report accident-related damage, a percentage significantly higher than average.

When you buy a Maserati, you can join the likes of Joe Walsh, Jay Leno, Gwen Stefani, Bradley Cooper, Apolo Ohno, Lindsay Lohan, and other celebrities who love their Maseratis. The speed, sleek body, and powerful engine are certainly appealing, but it’s not the safest option.

Those driving the Maserati GranTurismo are more than four times as likely to get in an accident as the average vehicle. Its small size also makes it impractical for surviving such an accident.

When car shopping, don’t be taken in by the beauty and power of a car when there are practical concerns. If safety is your number one priority, any of these vehicles are probably not for you.

Originally published on November 20, 2018 in Cars