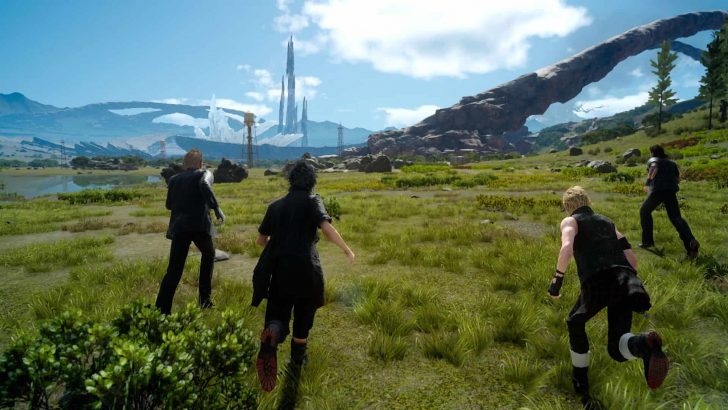 The Rise In Themed Games: Explaining Their Popularity

In the past, games were remarkably non-themed in the way they were designed. Pac-Man and Pinball might have been themed to the extent that they had colors and logos, but that was all. Themed games, though, are now growing in popularity, and there are a whole host of reasons why – ranging from changing consumer patterns to an increased effort by game designers to emulate what goes on in the real world.

However, they’re popular for another reason: they allow us all to engage with the sort of content that we want to see. If you’re the sort of guy who’s interested in history, for example, then video games that are set in the past can offer you the sort of experience that matches your prior interests – and your satisfaction and likelihood to re-buy goes up as a result. This article will look in more detail at the trend towards themed games, and think about why they’re suddenly so popular.

There are also broader social reasons why themed games have risen in popularity. In the modern age, most people have access to an increasingly broad education that exposes them to all sorts of different fields of thought – and the preferences that emerge during the educational process are ones that can impact leisure choices further down the line.

Those who have always enjoyed science, for example, may find themselves drawn disproportionately towards science-fiction games. People who find themselves interested in history, meanwhile, may particularly enjoy games rooted in the past, such as the Valiant Hearts adventure game. It’s even possible that changes in education patterns have fueled demand for games that are themselves educational: with the teaching of literacy and numeracy now better than ever, the rise of Words with Friends and Sudoku apps has meant that developing theme-specific skills through the lens of a game is something that’s become simple and enjoyable.

In recent years, all kinds of consumer trends have sprung up around the holiday seasons. From the department stores that host meet-and-greets with Santa Claus to the local shops that promote special Thanksgiving discounts on a range of food and drink, it’s a trend that’s now everywhere. The video game market also responds to trends like these.

As a result, it’s now common to see seasonal video games that reflect the time of the year or the holiday season that’s currently underway: movies such as The Nightmare Before Christmas, for example, have spawned video games designed to capitalize both on a popular time of year and a high-grossing movie. And with game companies very aware that games make perfect presents for guys, seasonal versions of popular games are common sights on the shelves.

Real-world activities, of course, are themselves themed: they offer people the chance to pursue the sorts of things that interest them, and these are often specific to a certain niche. The gaming world has taken this on board in recent years, and as a result, themed games have emerged that accurately reflect specific consumer niches.

Take the world of online casino games. Playing a live casino game is essentially a way of replicating a themed activity that would otherwise be taking place outside of the home – and the same goes for other modern games. Playing on themed physical activity consoles such as the Wii Fit is simply a reflection of the popular sport niche: it’s clear, then, that the gaming world is becoming increasingly themed as it tries to replicate the way that interests spread out among people in the real world.

Gaming is now more popular than ever thanks to advances in everything from the way console technology works to the changes in leisure patterns that the Western world has seen, and as a result, it may seem like there are no new heights left for the gaming industry to scale. However, as with any industry, the games sector is moving forward by specializing in certain niches that appeal to particular groups of people – as that is, after all, where the key to growing consumer bases lies. From games that make the most of a popular movie to those that try to emulate or even replace themed activities in the real world, it’s clear that game designers are keener than ever to break into theme-specific markets.

Originally published on June 14, 2018 in Gaming