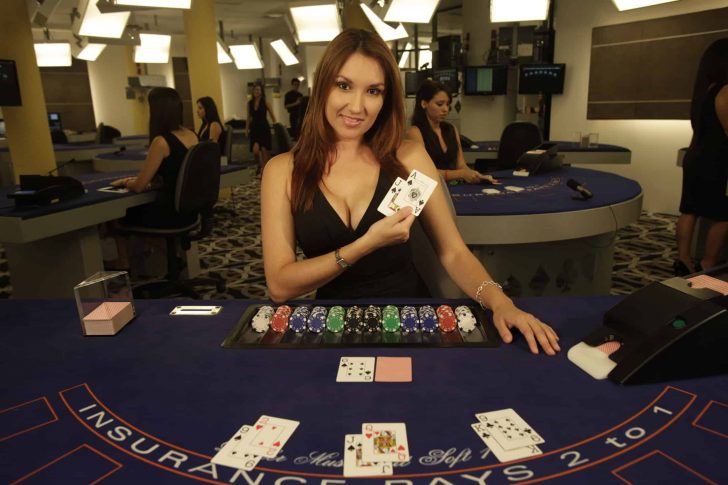 The Gold Coast: A Glitter Strip for Casinos

Australia’s Gold Coast has the vision of becoming the country’s next international tourist destination. Spanning a 414-square kilometer of land in Queensland’s southeast corner and its 57 km of coastline give the perfect picture of a postcard with white sandy beaches on aqua blue ocean.

Seven years have passed since the state government announced that they would offer two gaming licenses to develop a world class integrated resort in Queensland, which can include a second casino in the Gold Coast. However there is no clarity about development sites, operator candidates or whether the project should go ahead. Because of this, Queensland’s grand tourism plans find itself back where it all began.

The Gold Coast is located about 80 km south of Brisbane, and the city has battled many contrasting identities. For starters, Gold Coast is blessed with some of Australia’s most spectacular beaches. It is popular in both holiday destinations, like Dreamworld, Seaworld, Wet’ n’ Wild and Warner Bros. Besides the theme parks, the city also offers a colorful playground which is highlighted by the bar and club strip of Cavill Avenue.

The Gold Coast is one of the fastest growing regions in the country and demographers predict that by 2035 the corridor connecting Brisbane with Gold Coast will have the same population like in Sydney. The numbers grow because of rising tourism with a record of 12 million domestic tourists in 2018 including 4 million overnight visitors as well.

The Gold Coast is seen as an opportunity, a new magnet for millions of more annual visitors, especially international visitors. Queensland Tourism Minister, Kate Jones says that a world-class catalytic project will take the Gold Coast to a whole new level. China is already the largest international top priority for the city. However, the city wants a bigger slice from Australia’s number one source market with 1.3 million visitors per year. It is also estimated that the number will triple by 2027 to 3.9 million.

According to a Queensland government spokesman, the share of this increased tourism to Queensland is not guaranteed. China demands high quality branded facilities and unique experiences. The city needs to change to meet the target market expectations. When the second casino concept was first proposed in 2012, the idea was to attract a private sector in order to deliver a development centered around a new cruise ship terminal at an idyllic location, known as The Spit. Besides this, hotel, a marina, retail, entertainment, hospitality, public space and recreation facilities are needed too.

The ASF Group, backed by China was ultimately named as the preferred developer in 2014, giving it the right to come up with a suitable design. However, after 2015 the plans diminished, because of the new state elections. But good things might happen for the city, because the discussions were suddenly revived in March this year.

In August 2018, Star Entertainment Group has begun constructing its Dorsett Hotel, which has a 53-story tower that features 316 rooms and 423 apartments. The hotel’s site is 6 acre and can be found on The Star Gold Coast. Besides in building a new hotel, the Star Group has to invest in upgrading the original Jupiter Hotel and to develop a lavish six-star hotel, The Darling, which opened in early 2018.

This isn’t the only development the company is doing, besides The Gold Coast, the company is already committed to its flagship Queen’s Wharf Development in Brisbane, and another building in Sydney. However, The Star Gold Coast already provides a game changer. In six months to 31 December 2018, the property recorded an 11.8% year on year increase in visitation. Now, The Star Coast has the legitimate claims to the best offering in Australia, including the distinctly China-facing VIP gaming rooms and a very elegant premium gaming space called the Sovereign Room.

Star Entertainment Group CEO Matt Bekier said that the reason they went to develop the Gold Coast tourism facilities was because it has a very attractive long-term market. They own the site, and the license allows them to have some slots and unlimited table games. The CEO also added that all the fundamentals were very attractive for them, the only problem was that the property was looking very tired and the previous owners didn’t really took care of it. So after Star Group has taken over, they backed up the building because they believed in the market.

Star Gold is the smallest of the groups three IRs, once Queen’s Wharf opens in 2022. Bekier said that despite its small size, the property provides a valuable point of difference than the grandeur of Brisbane development. Bekier believes that The Gold Coast is a very unique proposition, because it is the only IR of this type, up-scale, where tourists can be within an hour of the city but they are at the beach, they can see the beach from the property, and they got the biggest shopping center in Southeast Queensland right next door.

The Queensland Government intentions for a Global Tourism Hub isn’t to build a second casino, but to grow the state’s tourism experiences. There will be gaming as well, but it will have only 5% of floor area. Damien Walker General Director of Innovation and Tourism Industry Development said that they have confidence that their competitive process will deliver a better outcome for the people of the Gold Coast.

The state of Queensland is envious of the accomplishments of Singapore, Macau and Las Vegas in securing new and reinvestments of opportunities especially for its locals. According to Walker, a good proposal must include entertainment venues, convention space, premium dining and retail and luxury hotels.

Originally published on October 8, 2019 in Travel