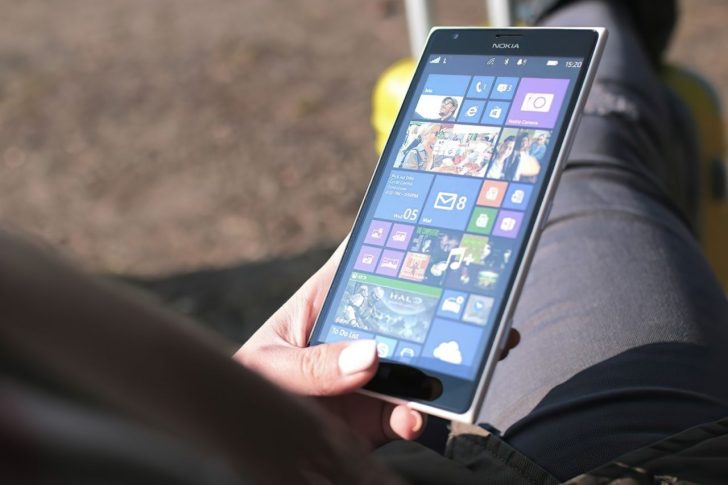 The Best Tablets for Mobile Gaming

Mobile devices are becoming increasingly popular in the gaming area and have improved enormously in terms of technology. Together with the development of new smartphones and tablets, mobile games have also become more and more sophisticated and can even compete with console titles. Games like Fortnite and League of Legends, which were previously mainly played on the PC, are now available in a mobile version and are causing many gamers to switch to the tablet. Of course, there are some devices that are particularly suitable for gaming due to their hardware specifications.

If you want to get the most out of mobile games, then you can’t avoid the best gaming tablet. The best gaming smartphones are of course a great alternative, but if you don’t want to do without a larger display, very good battery life, and the corresponding performance, you have to use a tablet. In addition, gaming on a small cell phone screen can quickly become torture, so a tablet is definitely the best option.

Nowadays there is actually an offer for mobile devices for every game genre you can imagine. However, some types of games are simply better suited to other platforms and controls. The users who want to perform sophisticated real-time strategy games with many different actions are better advised with a good PC.

Thus, if you want to play fast car races or soccer matches, the best way to get ahead is with the analog stick of a console. Because of this, games like FIFA 20 are in a simplified version available for mobile devices. But there are some genres for which touchscreen control is ideal. These include B. Puzzle and guessing games in which you have to find and move objects on the screen.

Jump’n’Run adventures can also be carried out with the simple controls on the screen, as well as match-3 games, simple simulations, and card games. Platforms such as online casinos are therefore particularly popular with mobile devices that can be opened directly in the mobile browser or with suitable apps. Here you can find various options of casino slots and card games such as blackjack and baccarat.

There are currently some tablets on the market that are particularly good for mobile gaming. They differ from other devices with good processors, graphics cards, long battery life, large RAM, and much more. Still, a favorite is the Apple iPad Pro, which is more powerful than most other tablets, with its Apple A12X Bionic processor.

The Samsung Galaxy Tab S6 is one of the favorites for Android-Users and can keep up with the quality of the iPad. Inside, there is a Qualcomm Snapdragon 855 Octa-Core processor. More so, the device has 8 GB of RAM and a good AMOLED display, with which games are displayed razor-sharp. The 10.5-inch display has enough space for any user to enjoy playing.

However, if you want a smaller model that is easier to take anywhere, you might be interested in the Huawei MediaPad M5 8. It has an 8-inch screen with two excellent speakers that reproduce the sound of high quality in battle. Another variant is the Amazon Fire HD 10, which offers really good graphics performance. Full HD is no problem at all on the 10.1-inch display!

Mobile games for tablets and smartphones are becoming more and more popular and over time the devices have become real competition for consoles and the PC. This is not only due to the increasingly complex game titles but also to the strong hardware that is now already built into mobile devices.

The tricky part might be figuring out which is the best gaming tablet for you. With the gigantic selection of brands such as Apple, Samsung, Amazon, and Microsoft, you quickly feel overwhelmed and some of these products are very similar in terms of properties. Now there is no need to panic because we have sacrificed our time for you to find out which devices are worth your attention at all. Thus, in this article, you will find the best gaming tablet choices in 2020:

If you prefer to play your games on iOS, there is currently no better gaming tablet than the 2nd generation iPad Pro. This is primarily due to the fact that the A12Z Bionic Chip with Neural Engine finally brings the functionality of the iPad Pro to the level of the iPhone. With a total of 11 inches, the display is now large enough to be placed on a table with a stand and to connect a controller for more optimal control.

When it comes to the performance of the iPad Pro, every title should run smoothly, and even if there is an even larger version such as the 12.9-inch model, the 11-inch version is simply lighter and more comfortable to hold. In addition, the iPad Pro is also perfect for work (especially for graphic designers), for streaming films and series, and anything else that comes to mind. For those who are still looking for a practical alternative to the Microsoft Surface Pro, it is an equal competitor in conjunction with the Apple Pencil and the Magic Keypad.

The 10.2 inch iPad gaming tablet is the perfect all-rounder and is best suited for those who appreciate the quality of an iOS device. More so, thanks to the A10 Fusion Chip, the iPad has enough power for gaming and also shines with a classy retina display. For some, Apple’s storage options are a thorn in the side, but otherwise, this tablet is a great choice. This iPad is compatible with both the Smart Keyboard for writing and the Apple Pencil.

The Samsung Galaxy Tab S5e device impresses with its excellent AMOLED display and the powerful speakers with quad stereo technology. In addition, the S5e is a lot lighter than the S4, which is a real relief for long gaming sessions and is simply more comfortable in the hands. The most negative aspect, however, is that the gaming tablet does not have a headphone input, but is otherwise only of the highest quality.

The 9.7-inch iPad offers a razor-sharp display and excellent technology that covers all needs and offers access to all the great iOS games. Of course, these versions also support the Apple Pencil, but it is even more important that you have the A10 Fusion chipset on board. This means a lightning-fast execution when playing or working.

If you’re looking for a tablet for your kids or someone who’s a casual gamer, you really can’t go wrong with the Amazon Fire HD 10. It still offers a big screen with a nice Full HD resolution and a nice aesthetic (apart from the plastic design). If you’re an Amazon Prime customer, you get a number of other benefits, but everyone else can take advantage of the Amazon Underground Game Store, which has tons of excellent free Android games.

The new iPad mini does not set any new standards in terms of functionality, shape, and size, but our little darling doesn’t need that either. With the 2019 model, only the specifications are brought up to date and that’s enough for us. The display isn’t much bigger than that of a smartphone, but the additional performance makes a huge difference when it comes to gaming. The iPad mini is wonderfully suitable as a gaming tablet and lets you enjoy the entire library of iOS games in full glory. The current generation of minis also supports the Apple Pencil, so that the device is also suitable for drawing.

Even if true PC gamers argue against Microsoft’s Surface Pro, the rest of you should definitely read on. While most gaming tablets only offer iOS or Android games on the go, the Surface Pro lets you play on your Steam library and other PC games access. More so, you can run games with a smooth 50 frames per second at medium resolutions, including Minecraft and Portal 2.

Since this is a company that has already built its reputation in the gaming field, it is no surprise to find an Asus tablet on our list of the best gaming tablets. The Asus Zenpad is clearly inspired by the design of the iPad. It has a sharp and bright screen with enough power to run all the games available for Android. During hectic movements, the poorly placed speakers can affect the audio quality when gaming, and the processing quality could be better, but at the end of the day, the ZenPad 3S 10 proves to be a good Android gaming tablet.

Originally published on November 16, 2020 in Gaming