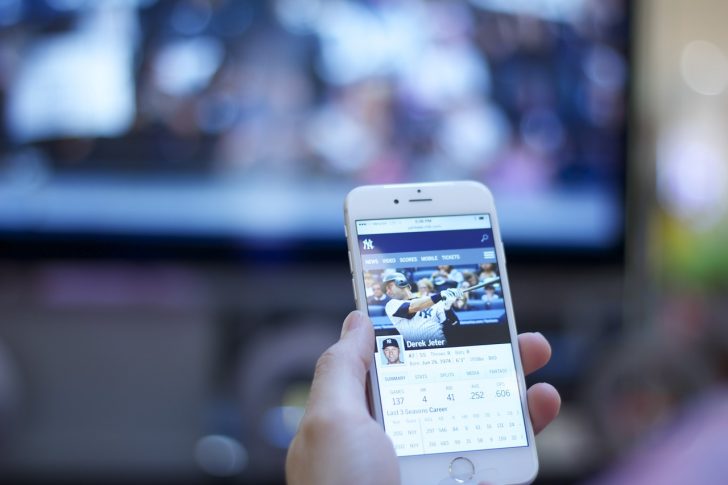 The Best Movies About Sports and Sports Betting

The world of sport can be exciting and the world of sports betting- even more. People have always been fascinated with different sports disciplines and other practices connected with them. This enchantment is visible in large attendance at sports events, such as football, volleyball or basketball matches, as well as motor or horse racing. Apart from participating and watching these events, people also started betting on winners. In today’s world, you don’t even have to leave your house to do that. Sports betting is possible through different online websites, such as Sportsbet.io, where you can bet on your favorite sports teams or players. It has never been easier and more comfortable than now.

This interest in sport also has its reflection in films. Many filmmakers willingly reach for topics related to sport and sports betting, which attract millions of viewers all around the world. These films usually become blockbusters, earning millions of dollars. For sports fans and not only, here is the list of some of the best movies worth watching.

The first of the presented films comes from 1961, telling the story of a small-time pool player, “Fast Eddie,” who wants to beat an excellent billiard player, “Minnesota Fats.” During their confrontation, Eddie declares to win 10 000 dollars that night. This way, they start playing pool, betting $200 for a game, but later, increasing this amount to $1 000 a game. The purpose of the game is to become the best player in the country by the main character. After his initial failure, Eddie becomes involved with an unscrupulous manager Bert Gordon to try his luck again. However, he must pay the terrible personal price for this game- losing his beloved woman who commits suicide. Therefore, this film shows viewers the negative side of sports betting, which can have dramatic consequences.

Another film touching a similar topic is The Gambler, an American crime drama film from 1974, which presents the story of an English professor addicted to gambling on basketball games. His addiction leaves him with a huge debt, which he tries to pay back through engaging himself in further basketball bets. This way, he loses his family’s respect and has nobody to turn to except for one of his students. It’s another example of how gambling can ruin people’s lives.

The Color of Money

The Color of Money is the continuation of The Hustler. The plot takes place around 25 years after the events of the previous film. Here a former pool hustler- Eddie plays the role of a helper in hustling. Seeing the potential in Vincent and Carmen, he persuades them to hustle on the road and visit a series of pool halls, where he teaches them how to cheat others and win money. That makes him again get into the hustling world. Watching this film, you can see how dangerous addiction to sports betting can be.

If you feel like watching a good sports film, you should reach for Eight Men Out based on facts. It’s a great picture, exemplifying gambling and corruption in sport. The film shows Major League Baseball’s Black Sox Scandal, with eight members of the Chicago White Sox who conspired with gamblers to lose the 1919 World Series. Gamblers offered the players more money to lose than they would have made as world champions. The offer was tempting, and the players sold out. Are you hungry for more information? Not giving you any more spoilers, place this position on your list and find some time to watch this film one evening.

The next proposition of the sports film is Let It Ride. It’s a 1989 American comedy film about a typical taxi driver who is an unsuccessful gambler. However, it changes when he bets a bundle on horse racing, and for one day, he wins all bets he places. This is a light film with a good sense of humour, so if you don’t know what to watch with your friends, you can boldly decide on that hit.

The last position on this list goes to Diggstown, a 1992 sports comedy-drama, which is a masterwork of sports betting. The title is the name of a small town obsessed with boxing, where one con man, having been just released from a prison, travels and develops a wangle how to win millions by betting on one man to punch out ten others in a row. It’s a good picture, which should be watched by every sports fan.

If you’re a sports lover or a bettor, you should familiarize yourself with some of these titles to find out how others deal with sports and money, two things which combined may become terribly dangerous devices.

Originally published on February 13, 2020 in Entertainment