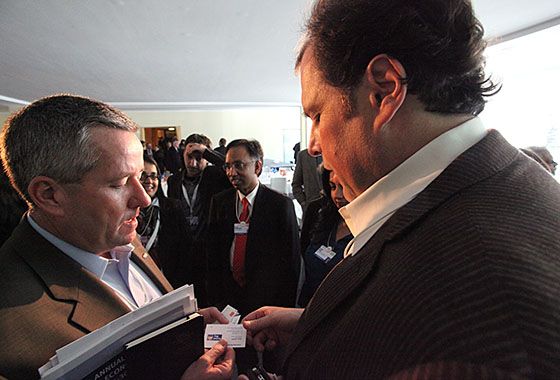 If you’ve ever been in business for yourself, or even worked for someone else in a sales capacity, you’ve undoubtedly had to order business cards. It was probably a huge pain in the ass, right? But they’re important, so you went and did it anyway.

I know, unbelievable right? I’ve probably literally just shook the foundations of your psyche, causing your entire view of reality to come tumbling down. Seriously, though, you wouldn’t believe how shitty some of the cards I’ve purchased have been, and all the pain could have been avoided by putting in a bit of time to research online card companies, and settling on a reputable dealer that won’t make me shitty cards.

I remember one time being invited to a launch party for a new cell phone, and deciding that I should probably pick up some business cards to hand out to prospective advertisers. Great, I thought… everyone will be impressed with my professional looking business cards and send me buckets of diamonds and gold coins to advertise on Unfinished Man. Well, let’s just say that the evening didn’t quite go as planned.

After ordering the business cards last minute at a local “business” depot (you know who you are), I was asked to wait around for 10 minutes while they used their sophisticated knowledge of the Windows printing system to give me my beautiful cards. After seeing them, I decided that they were anything but beautiful. Nay, these cards were cut crookedly, and featured a washed out, withered looking version of the UM masthead, and a collection of ragged edges to boot. Out of time, I took them to the party, consumed copious amounts of vodka, and decided to scatter them across the floor of the men’s bathroom, the only place they were fit to reside. No one bought advertising that night, and I cried and cried.

So the moral of this story is that you should spend a bit of extra time and make damn sure that you get yourself a good set of business cards. You’re going to be the person people remember, but when people go to call you up, they may think twice after seeing your ghetto A1 paper quality cards that you picked up from the local dollar store.