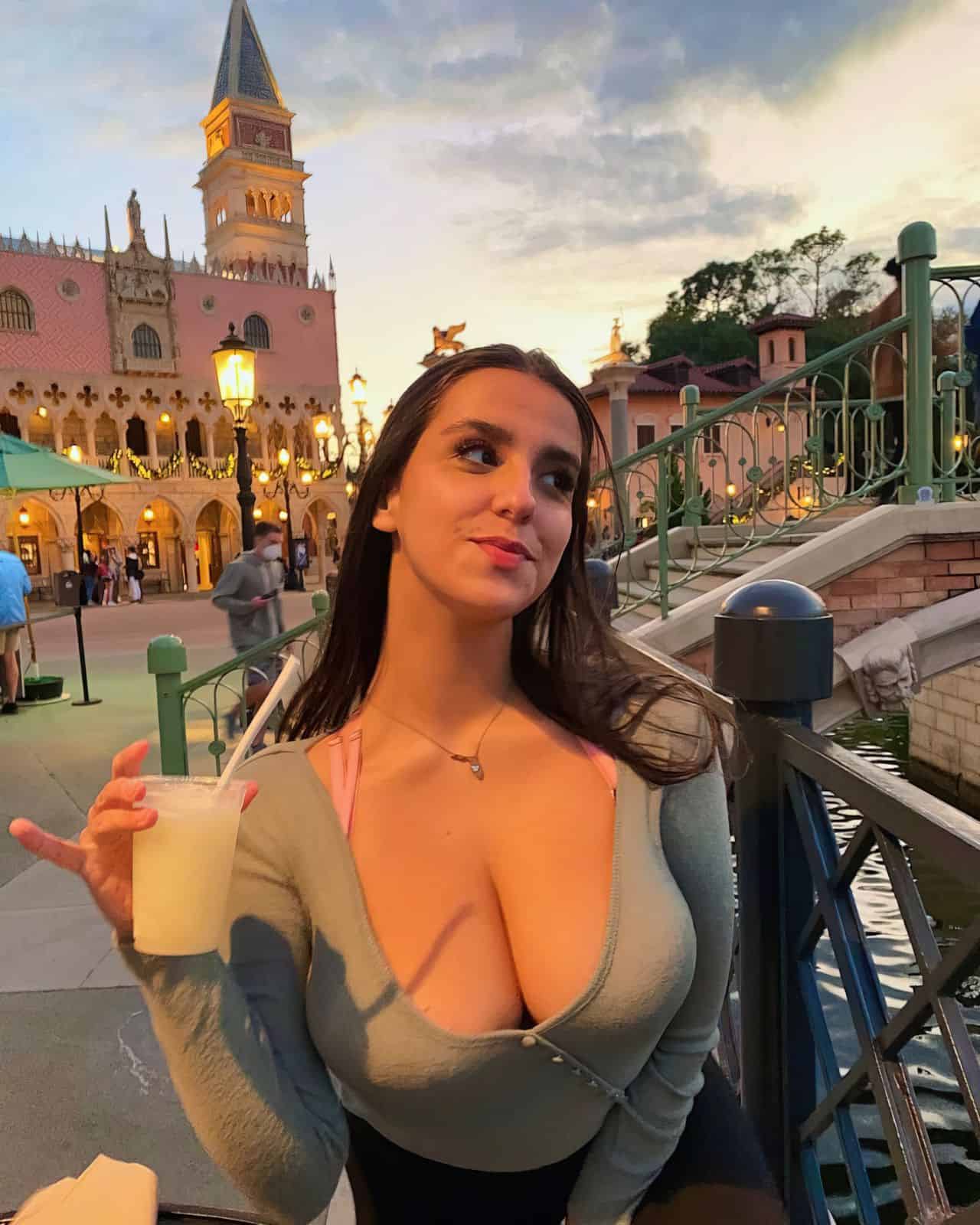 These photos were used with permission of Theodora Moutinho.

If you’re one of the many people who have fallen in love with Teddy Moutinho, a Brazilian Instagram model known as “Teddybearosito,” this is the article for you! Here, we will cover everything a person wants to know about Teddy, from her early beginnings to her current success. We’ll also look at her hottest photos and share some interesting facts about this remarkable woman. So, sit back and get ready to learn all about Teddy Moutinho!

Teddy was also generous enough to participate in an interview with me, which I’ll share later in this article.

WHO IS TEDDY MOUTINHO, AND WHAT MADE HER A SOCIAL MEDIA STAR?

What made Teddy become a social media star? Her genuine personality and willingness to share her life with her fans. Teddy is open and honest about her struggles with depression and suicide, and she uses her social media platforms to inspire others never to give up. She is also unafraid to show her silly side, which fans love. In addition, Teddy’s beauty and curves have won her a large following online.

Teddy is a huge horror movie fan addicted to going to theme park horror nights and haunted houses. Teddy also says that as a kid, she was drawn to the evil characters of animated Disney movies. Teddy has always loved the darkness of stories and things that are not what they seem based on first impressions; Teddy bears, teddy monsters, and other childhood innocence “gone wrong” lurking in shadows. Teddy even still enjoys watching cute Disney movies with her friends, but she prefers the villains in them: Ursula (The Little Mermaid), Zeus (Hercules), Hades (Hercules), etc.

WHERE HAS TEDDY LIVED?

Teddy has lived in numerous countries, including the United States, Mexico, and South Africa, and she currently resides in Florida.

WHAT SETS TEDDY APART FROM OTHER SOCIAL MEDIA STARS?

What sets Teddy apart from other social media stars is her genuine personality and willingness to share her life with her fans. Teddy is open and honest about her struggles with depression and suicide, and she uses her social media platforms to inspire others never to give up. She is also unafraid to show her silly side, which fans love. In addition, Teddy’s beauty and curves have won her a large following online.

HOW HAS TEDDY’S LIFESTYLE CHANGED SINCE BECOMING FAMOUS?

In recent years, Teddy’s lifestyle has changed dramatically. She has gained fame and fortune as a social media star, and as a result, she has been able to travel the world and experience new things. However, Teddy is also very aware of the negative aspects of fame, and she has spoken out about the dangers of social media addiction. Despite her busy lifestyle, Teddy tries to make time for her family and friends, and she remains close to her childhood friends from Manhattan.

WHAT’S THE CRAZIEST MESSAGE TEDDY HAS EVER RECEIVED?

It’s just the usual “I love you, Teddybearosito,” but teddy always replies with a simple ‘I love you too’ to show that she cares for her fans.

Sometimes Teddy receives comments about how beautiful and sexy she is, generally from male followers. Teddy likes people who post compliments on her personality rather than appearance because it shows that they know pretty well what to say to make Teddy feel good and happy inside.

Teddy’s craziest message would be the video the fan sent of himself cutting his tongue in half; this video freaked Teddy out and scared her away from social media for a while.

WHAT LANGUAGES DOES TEDDY SPEAK?

Teddy is fluent in three languages: Spanish, English, and Portuguese.

DOES TEDDY PLAY ANY SPORTS?

WHAT’S NEXT FOR TEDDY MOUTINHO?

She is a college student who will be completing her degree very soon. She has aspirations of becoming an actress in Hollywood and is currently enrolled at The University of Tampa in Florida.

An interview with Teddy Moutinho

Finally, here’s that interview I was talking about.

How has the recent pandemic affected your work, and what new challenges have you overcome?

I had more time to make content for my socials which helped a lot! I had fewer places to go, which helped me with my content production.

Can you tell us more about the play you received a part in?

I received a part in a play at my university. It was called Vaudeville Today, and it’s kind of like a vintage talent show. The acts were all separated to conform to social distancing guidelines, and my act was a Drag Queen lip-sync.

What are you most excited about the play?

It happened in November, and I was excited to be on stage again! I love performing

At Disney World, what was your favorite experience and why?

I grew up in Disney. My family has been taking me since I was four, and we’re pass holders, so I have had many great experiences there all these years! My fave has to be the Mickeys Not So Scary Parties because I love spooky things and Halloween.

Which company sponsorship that you’ve done was the most fun to work with?

Unfortunately, I can’t partner with companies yet because I am on a student visa and can’t make money at the moment. There have been so many excellent companies I support that wanted to collaborate with me that I had to turn down, and it’s been sad to do so. Hopefully, sometime in the future, I’ll be able to work with them.

I love listening to ASMR. Some people find it weird, but I love it.

Out of your social media, which do you feel gives you the best interactive experience with your fans and why?

Instagram by far because that’s where I spend the most time at.

When you go on a shopping spree, which store do you visit first?

Sephora or Ulta, I love makeup.

Who would you like to cosplay as next if you have any ideas?

Jessica Rabbit has been on my mind! Love her.

Which holiday season do you feel brings the most inspiration for your posts and why?

Halloween, as always! I make a whole month of unique content dedicated to it!

What are, in your opinion, the biggest pros and cons of being a Libra?

Pros are that we are very outgoing and bold. We love making friends, and we like being the center of attention. Cons are overthinking and having crazy mood swings.

Do you have a top 5 celebrity crush, and if so, who are they?

Teddy, thank you so much for taking the time to answer a few of my questions, and I hope we can do this again in the future! It’s always fun for me to interview people in such a different line of work. No one would pay to see me lounging around in skimpy clothes.

How to Protect Your Family From A House Fire

How To Compare Car Insurance Rates in New York