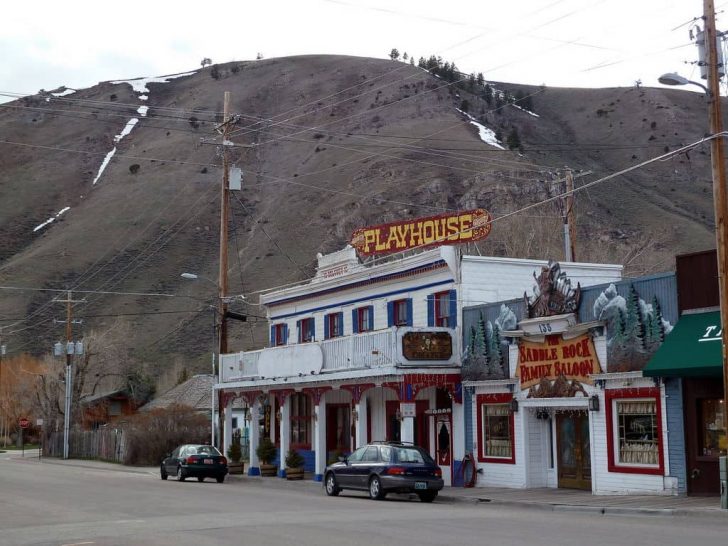 Look: if there are two things a man with children needs in his life, it’s awesome cars and a new home! Here’s a secret, when it comes to new homes and great cars, some cities are better than others.

In fact, two recent studies were published by Wikilawns, a lawn care company, have shown this to be true. Any suburban dad looking for a place to move should strongly consider the cities which top this list!

Why? Because suburban dads will feel right at home in the cities which top the two studies they conducted. If you are looking for a new place to call home, you should check out the five amazing cities we selected from their research!

Let’s take a look at how they decided which cities were the best for suburban dads?

Study #1: 12 Metro Areas That Are the Most Revved Up About Cars

The first research article calculated which 12 metropolitans topped the list of cities when it comes to the rate of car ownership per household. They calculated this by finding out which cities had the highest percentage of occupied housing units with 3 or more cars. The team used the US Census data from the 2013 to 2017 American Community Survey. With this information, they were able to calculate cities with the highest rates of car ownership. If you were curious, the city topping the list was San Bernardino, California. Get this, of the over 1,300,000 households in this metropolitan, 378,794 owned at least 3 vehicles. That’s over 28% of the population!

Study #2: 14 Major Metro Areas With the Most New Homes

The second article calculated the 14 metropolitans which had the highest percentage of new homes. To find this information they once again headed to the US Census data from the 2013 to 2017 American Community Survey. WikiLawn crunched some numbers and found the cities with the most homes built after 2014, and compared that number to the total number of homes built. As far as percentages of new homes, Austin, TX led the pack with 3.3% of all homes being built after 2014.

But we aren’t here to focus on Austin, TX or San Bernardino, CA. There are 5 cities which really that stand out above the rest in a different way.

What are the chances of that? There are even a few even stranger coincidences in the data as well.

Let’s take a look at 5 notable metropolitans and why you should consider making your new home in one of them!

With a population of about 2.5 million people, Charlotte, North Carolina, has placed itself firmly on both of the analysis articles. Charlotte, NC is a place that suburban dads, who like both cars and new suburban homes should strongly consider a move to. In fact, it ranks in at #11 on both lists!

Charlotte has a lot more to offer than plenty of cars and a wide selection of new homes, it is also home to Charlotte Motor Speedway. This raceway is home to many NASCAR events and many races throughout the year.

So, if you love cars, even if you can’t have too many of your own. You will find plenty of unique cars, and extraordinary car collections throughout Charlotte, NC. So when you aren’t enjoying time at your new home, you can spend your extra time checking out some of the hottest cars ever made.

Second on the list of cities which suburban fathers should consider a move to is Denver, Colorado. Though you won’t find the warm weather of the south, you will find plenty of cars. And perhaps more importantly, places to drive them. Additionally, you will find a high percentage of new houses. Of the 1,130,000 housing units in Denver, 18,588 or 1.64% were built after 2014. Placing Denver in 10th place nationwide when it comes to new homes.

It gets better, Denver, CO also comes in 9th place nationwide when it comes to cities with the most cars per household. Of the 1,075,000 housing units which are occupied in Denver 22.76% or 244,836 of those homes also have 3 cars or more.

Colorado itself is home to over 25 well-known raceways, two of which are in Denver. And just a few miles north of Denver is the Colorado National Speedway. Suburban fathers looking for a unique Midwestern city to move to should really consider Denver!

Nashville, Tennessee is home to more than just the sound of country music. It is also known for the high rate of car ownership, and the sound of all of those revving engines that comes with it!

Seriously, Nashville ranks in at #5 nationwide when it comes to car ownership. Of the 691,266

But that’s not all, Nashville is also #5 when it comes to the percentage of new homes. Of the 747,845 housing units built 15,515 were built after 2014. Making Nashville, Tennessee one of the few cities in the nation in which more than 2% of the homes are newly constructed.

Suburban fathers looking for great music, fast cars, and amazing homes should really consider Nashville. If all that isn’t enough for you, you can count on awesome weather almost all year round!

As you may have already guessed it’s also home to a lot of motors too. It comes in at number 4 when it comes to the number of households with 3 or more cars. Of the 382,620 occupied housing units98,057 or25.63% are home to 3 cars or more. This makes Salt Lake City one of the most car loving cities there is.

And get this, when it comes to new houses Salt Lake City also ranks in at number 11 in the nation. Of the 405,112 housing units built,6,057 of them were built after 2014. This means that 1.5% of homes in Salt Lake City are newly constructed.

Salt Lake City may not be the first place that suburban fathers would consider, but it’s seriously worth a look.

Though Richmond, VA only landed on the top of one of the data sets analyzed, it came in on that list very strong. Richmond comes in 3rd when it comes to car ownership. It ranks in just behind two California cities; San Bernardino and San Jose California.

But, when it comes to car ownership, California is tough competition. Nonetheless, Richmond came in strong. Of the 479,256 occupied housing units in Richmond 123,195 or 25.71% of them are home to 3 or more vehicles.

Richmond is also home to Richmond Raceway, yet another NASCAR track. It seems that NASCAR tracks and car ownership go hand in hand!

But that’s not all, Richmond is home to lovely parks like Belle Isle, and of course mild Virginian weather. Richmond is an excellent choice of residency for suburban dads, and that is why it lands itself in at number 5 when it comes to cities suburban fathers should move to.

As you can see, these five cities would make many suburban fathers feel right at home. Not only are these statistics interesting, but they may also be a sign of the economic strength of the cities. In particular, the 4 cities which landed on both lists; Charlotte, Salt Lake City, Nashville and Denver. If there a lot of new homes being built, as well as a high rate of vehicle ownership you can probably bet that the city has plenty of economic opportunities.

Besides that, no father needs to be dealing with constantly repairing a home that isn’t up to date. Seriously, new homes and plenty of cars, what more can a suburban dad ask for!? So, if you have a little one on the way, or already have one calling you “dada”, consider this data before you make your next move. If you love cars and new homes, you will be glad you did!

Originally published on May 21, 2019 in Life Advice