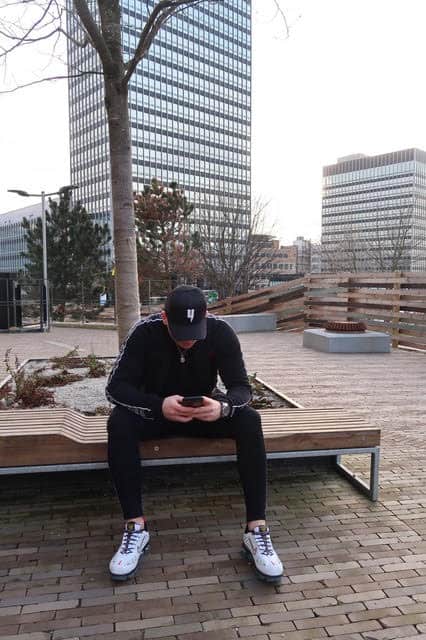 The difference between a winner and a loser is that the former never allows defeat. It is persistence and resilience that matters when you want to achieve something big in life. No success was ever achieved without failure or challenges. It all depends on how you overcome it and what lessons you learned to prepare yourself for the next challenge in life. Entrepreneur and millionaire Joe Heyes is one such example who bounced back in life with his grit and resilience after he hit rock bottom.

Joe was born in Manchester, England. He grew up watching his parents struggle to make ends meet. This acute financial crisis led to a toxic relationship between his parents and the mental abuse from his father impacting him during his childhood and most of his teen years. As Joe was the eldest of three children, he felt pressure to lead by example for his two younger sisters and show them that with hard work and determination, living pay check to pay check didn’t have to be the only option.

When he was 9, Joe amassed extra money by washing cars in his housing estate. With hand-printed business cards and a sponge and bucket, he named his service ‘Soapy Joes Carwash.’ As he grew up, Joe started exploring different business opportunities through social media. He was introduced to the Facebook Marketplace during this time, where he could sell anything and earn money. He gradually mastered the art of online sales and began selling anything he could get his hands on, from his own clothes to things at home.

Joe had been introduced to Stephen Ellis through his school years as the brother of Joe’s woodwork teacher at High School. Years later to come across Joe whilst on shift at the restaurant he worked at, and he expressed how much he hated the Job. Stephen then reached out to Joe just weeks later to offer him a Job helping renovate his family home and promised to give Joe a taste of working multiple trades to potentially help Joe come to a conclusion on what career he wished to pursue in the future as that was something Joe had expressed; he was struggling with deciding.

Joe left his studies to focus on earning more money at 17 years old. The situation at home became so bad that he left after a disagreement with his mother. Being homeless for the next three months taught him the most valuable life lessons. He realized he wasn’t capable of surviving independently as he completely relied on his friends for months. He was embarrassed about repeatedly asking his friends to share their couch and to feed him. He even spent numerous nights under a railway bridge, waiting for dawn to go to work. In this time Joe had hit his lowest point in life and quickly found himself weighing over 21 stone (294lbs).

After a temporary agreement with his mother, he moved back home and Joe’s life took a positive turn after he came across a social media post from someone selling broken iPhones at a cheaper rate on The Facebook Marketplace. He instantly recognized the business opportunity to buy broken phones, repair them, and then resell them at a substantial profit.

Putting this into practice over the next 3 months, Joe had managed to generate over £30,000 in profit by flipping refurbished electronics online and instilled in him a newly founded passion for Business and Entrepreneurship. Joe was able to afford his first car for £300 from his profits and was able to expand his business driving up and down the UK to Sell & deliver his stock to his customers.

Before Joe realized, his bank account reached five figures as he was delivering 10 to 20 products every day. With his first taste of financial freedom, Joe was able to finally express his business talent and invest into ventures he was passionate about that had more longevity to help skyrocket his career. After lots of trial and error He taught himself over a period of 12 months how to invest in the foreign exchange market to make a return. Over 2 years Joe managed to accumulate a portfolio of over half a Million pounds whilst in the background using his profits to invest in building multiple other businesses in the eCommerce space.

At just 20 years old Joe was able to purchase his dream car, a Mercedes CLA and begin to travel the world. After only 3 years since homelessness, he was also able to rent a lavish penthouse apartment with a panoramic view of the City of Manchester, a dream he had always envisioned for himself.

Over the 4 years Joe had invested heavily into scaling his eCommerce Businesses including his Amazon Store and His own Brand. In just 48 hours of launching his First DTC eCommerce brand, Joe was able to sell 10,000 units in less than 48 hours resulting in recognition from one of the world’s largest magazines the GQ magazine multiple times. Joe’s brand is already a multiple 6 figure company in its First 12 months in business. This leaving his main current focus which is his rapidly growing Amazon Store which hit a 7-figure status earlier this year selling day to day products on the eCommerce giant that is Amazon. Joe has also built one of the industry’s best Online Mentorship Platforms helping complete beginners succeed selling on Amazon.

Now, this 21-year-old entrepreneur and Mentor wants to share his knowledge with others fighting to achieve financial freedom like he initially did to help people accomplish their dreams with e-commerce. Joe has lost 7 stone in weight (100lbs) and now uses the Gym and fitness as a daily contributor to his success alongside amassing over 500,000 followers across multiple social media platforms and millions of likes. A personal goal for Joe is to help over 1 million people quit a Job they hate and replace it with an Online eCommerce Business and to push people to desire living a life on their own terms rather than the traditional 9-5 rat race cycle.

How Michael Pandolfi Provides Customer Satisfaction to His Clients

A Quick Guide to Taking a French Luxury Holiday