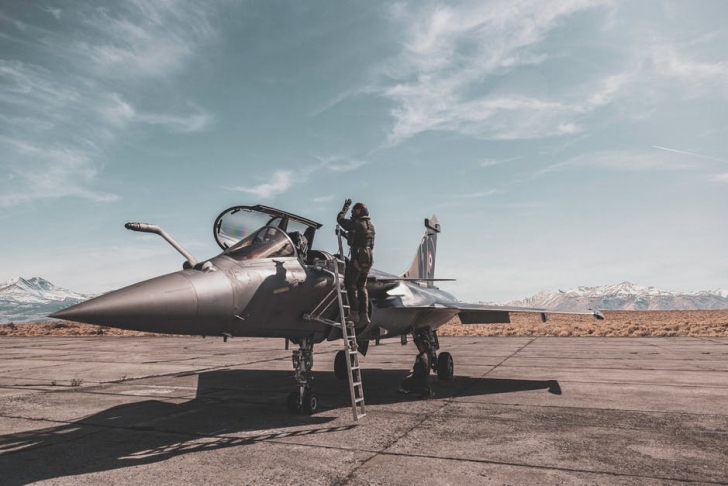 Should I Join the Military?

Whether you have just completed high school, have just graduated college, or are just at a point in your life where you are thinking about your next steps, you may be asking yourself, “should I join the military?”

This question has crossed the minds of many thousands of young American men and women over the past several hundred years, and many have answered the call.

There are many reasons that joining the military is a good idea. In addition to all you will learn, the people you will meet, the places you will visit, and the vast benefits included, you will be serving the country that you love. You will be continuing a tradition of soldiers, sailors, and airmen and women that has lasted generations and that has made the United States the best country in the world.

However, joining the military isn’t for everyone. It is a commitment, and not a short-term one. Most people who join the military love it, but not everyone does. It’s important that you take time to think long and hard about whether or not this is the right decision for you before you sign up.

There are so many factors that should go into your decision. Hopefully, this article will help. Read on to learn about the vast number of pros and few cons about signing up for military service, and to learn more about exactly what you are getting yourself into.

Should I Join the Military? Reasons Why You Should

There are so many reasons for an affirmative answer to the question, “should I join the military?” that it’s hard to think of reasons that you shouldn’t. When considering whether or not you should enlist, you may want to consider the following factors.

One of the main reasons people join the United States military is because they feel called to service, and they want to serve our country the best way they can. In fact, in a recent survey, “a call to serve” was the number one institutional reason that people enlist.

Most Americans love the United States with a deep passion that cannot be described. Patriotism for this incredible country drives many to sign up to do what they can to protect our nation and serve its people. There is no better way to do that than to enlist.

Another primary reason that people join the military is for travel and adventure. People who serve in the United States military often get to travel and live around the world, sometimes in places that regular civilians will never go. The United States maintains nearly eight hundred bases in more than seventy countries, and the U.S. Navy currently has two hundred ninety-one deployable ships in its fleet.

You can go to a lot of places with the United States military and can see the world while doing so. You’ll be amazed at all the people, places, and cultures you can experience first hand while serving.

Enlisted and non-enlisted people alike are often amazed at the vast benefits servicemen and women receive both during their service and after they have retired or separated from the military.

For starters, the G.I. Bill, originally known as the Servicemen’s Readjustment Act of 1944, was designed to help veterans of WWII. At that time it offered education and training, home loan guarantees and other benefits. It has been revamped and updated several times since then, but the current incarnation – known as the Post 9/11 GI Bill – offers payment of college tuition and fees, a monthly housing allowance, and a stipend for books for up to three years.

Education is not cheap, and today, the average cost of four years of college is well over $100,000. The savings veterans receive from the G.I. Bill is incredible and is reason enough alone for many to join up.

Military members receive full health care benefits while enlisted, and their family members do, too. With health insurance rates increasing these days, this is a benefit that will save you many thousands of dollars during your service. Better yet – insurance coverage will also be available to you after you retire from service thanks to the U.S. Department of Veterans Affairs.

The retirement benefits for people who have served in the military are also fantastic. The amount varies based on several things. First, whether the retired individual served in active duty or in the National Guard or Reserves plays a part. Further, the amount of time served and the rate of salary earned also are factors. However, no matter the type of service or final earnings, if you put in the time, the military will take care of you when you retire.

Of course, in addition to all of this, you will also be paid well while you work as a soldier, sailor, or airman or woman. You will have a secure position while you are enlisted no matter what the economy is doing; you do not have to worry about downsizing or recessions.

Although the salary may seem lower at first than other jobs, you must remember that while you are enlisted, your housing, food, and many other expenses are covered. Furthermore, your salary can increase rapidly with training, education, increases in rank, and good job performance.

Being in the military isn’t all about fighting on the front lines. In fact, very few people participate in any branch of the military in that way.

There are hundreds of different positions in all branches of the armed forces, and you can learn a wide variety of skills while doing them. Most of these skills will transfer easily to jobs in the private sector when you get out. You can learn to be a medic or other health care provider, a computer programmer, a mechanic, a heavy equipment operator, a journalist, an engineer, or countless other jobs – some of which you’d never even expect.

If learning is your thing, the military is a great place to do it. All of the military’s educational programs are well-staffed and well funded. The people in charge want to see you succeed, and will help you do just that.

If you’ve always been driven to lead, then the military will allow you to do just that. The armed forces build leaders, and although there are far fewer officer positions than enlisted roles, if you want to become a leader, there are paths to get there. Many people join the armed forces thinking they will only do a few years, but after climbing the leadership ladder, decide instead to stay for their whole career.

However, if you don’t want to re-enlist after your first time around, your experience will help you to be a leader in the outside world, too. When a potential employer sees your military experience on your resume, it’s likely it will move to the top of their pile.

Turning Your Life Around

Some people choose to join the military because they feel that they are stuck. Their life at home feels like a dead-end, and they want to get out of their hometowns to try something new. For hundreds of years, the United States military has given Americans a way to start over and reinvent themselves.

The physical demands of basic training and frequent workouts, hikes, and runs, in the beginning, will whip even the most out of shape into top form. If you want to improve your health, going to boot camp will do that for you right away.

Staying Out of Trouble

Some people realize, before it’s too late, that they are running with a bad crowd at home. Perhaps you spend much of your time partying and being lazy, and you know that’s not the path you want to stay on for the rest of your life. Joining the military can help you to turn your life around. Even if you have already made some big mistakes, know that joining the military with a felony is not at all impossible.

Being a Part of Something Big

When you join the military, you become a part of something bigger and older than yourself. You are immediately part of a club that has been around in the United States for hundreds of years and has existed in the greater world for thousands. In some cases, you will be continuing a family tradition and will connect with your relatives and ancestors in this way.

Most of all, you will feel an unmatched sense of pride when wearing your uniform. There is no feeling quite like the feeling when someone thanks you for your service. That feeling of pride alone is reason enough to enlist for so many.

Reasons the Military Might Not Be Right for You

However, despite all of these fantastic reasons to join the military, as mentioned in the beginning, the military is not right for every single American. Some people will join and then regret it immediately. Others, after considering all factors, simply decide that they are not made for this sort of commitment.

As in any major decision, it’s crucial that you consider all factors and study both sides of the coin before taking steps that will change your life forever.

If you enlist in the armed forces and decide you don’t like it, you’re kind of stuck – at least for a while. Everyone who enlists can expect to be part of the military in some capacity for at least six years. Most first time enlistments require individuals to commit to four years of active duty and two years inactive. You can’t quit, and getting out early is almost impossible.

If you’re someone who doesn’t like a lot of structure in your life and are more of a flowing, free spirit, then enlisting in the military will probably not be right for you. Every day and activity is scheduled and regimented, and you will be expected to adhere to that.

No one likes being told what to do, but if you absolutely can’t stand taking direction from others, even despite all the benefits explained above, then you will not like being in the military. Every person in the military must take orders from their superiors, so if you join, you’d better get used to that – fast.

You may go for months or even years without seeing your family and friends. If you are married and have children, your family can come with you and live on base in many cases, but you may also be deployed for long periods, leaving them behind.

You may only see your parents and friends from home on the internet, and it may be difficult to get back to them if there is an emergency. They will be proud of you while you are out there serving, but if you cannot handle the distance, your active duty years will feel like decades.

The information laid out here should help you to answer your burning question of “should I join the military?” Be sure to take time to think about each and every factor before you rush into any life-changing decisions. No matter what decision you end up making, be certain that it is the right one for you. Good luck!

If you are interested in reading more articles like this one, check out the Life Advice section of our site.