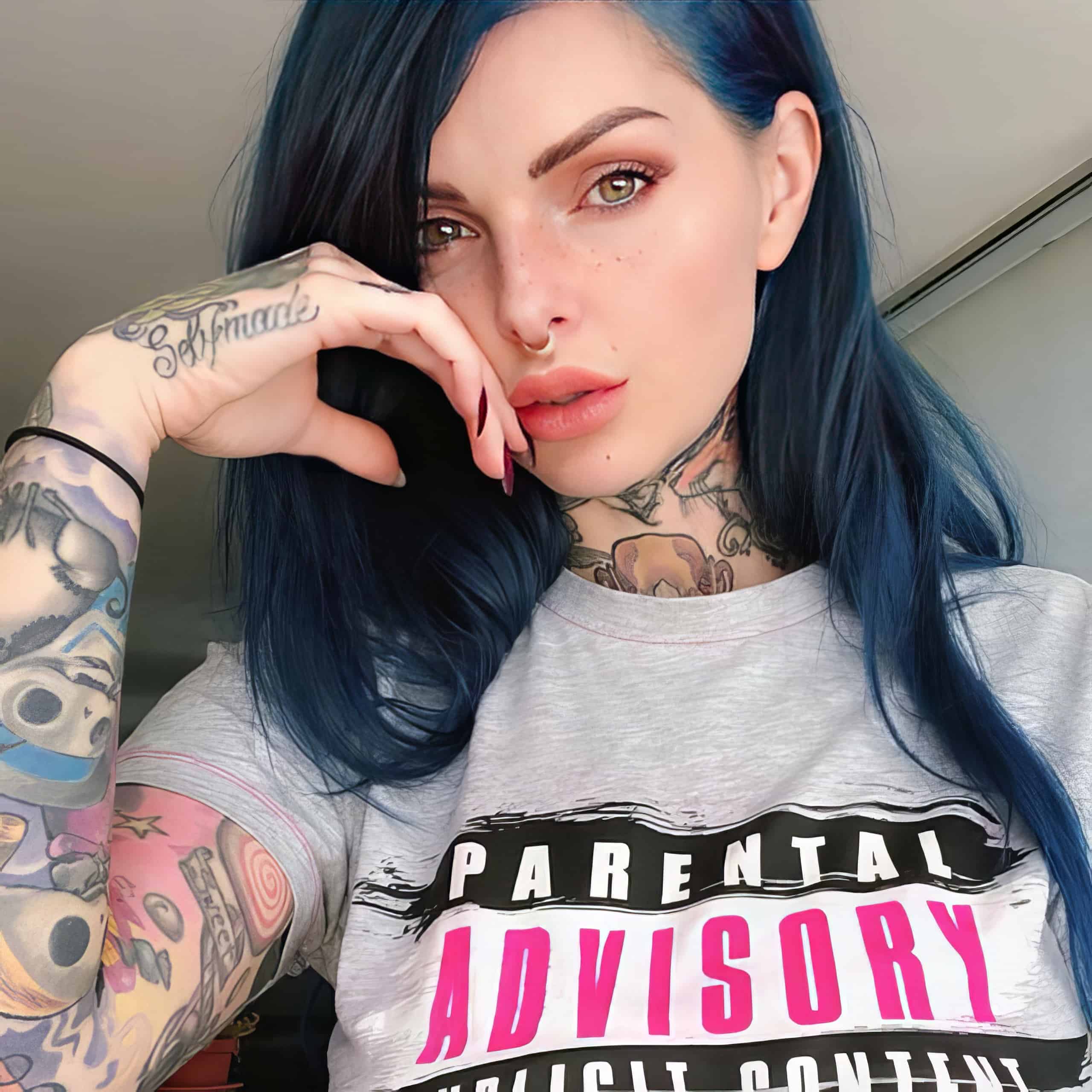 As a fan of alternative models, I was first introduced to Riae Suicide on the Suicide Girls website. Her unique look, covered in tattoos and piercings, immediately caught my attention. But it wasn’t just her appearance that drew me in, it was her story and the way she embraces her individuality.

Riae, whose real name is Ria Elisabeth, is an Italian alternative-tattoo model, Suicide Girl, YouTuber, and internet personality. Growing up, she struggled with self-esteem and was bullied for not fitting in. But instead of letting those experiences defeat her, she used them as motivation to become the strong and confident woman she is today.

But before diving deeper into her story, it’s important to understand what a “Suicide Girl” is. The Suicide Girls is a website and community that features alternative, tattooed and pierced models. It was founded in 2001 by Missy Suicide and Sean Suhl, and has grown to become a platform for alternative models to showcase their unique beauty and personalities. The Suicide Girls community is known for its acceptance and celebration of diversity, and it’s a place where models like Riae Suicide can feel seen and appreciated.

It’s hard not to be impressed by Riae Suicide’s determination and resilience. At just 16, she left home and worked various jobs to make ends meet, from waitressing to being a secretary for tattoo shops. Despite the challenges, she never gave up on her dream of modeling. And in 2007, they accepted her into the Suicide Girls program, which she calls her “baptism of lens.” It was then that she realized that traditional beauty standards didn’t matter and that anyone can be a model. Her determination and resilience are truly admirable and are a glorious reminder that with hard work and perseverance, anyone can achieve their dream.

I also love the way Riae embraces her unique look and tattoos. It makes her stand out from the crowd and it makes her really memorable. In fact, Riae Suicide reminds me a lot of another model named Susu, aka Swimsuitsuccubus. They both share a similar aesthetic and attitude towards body modifications, and both of them are not afraid to show off their bodies and tattoos in a bold and confident way.

It’s always refreshing to see models who are not afraid to be themselves and embrace their individuality, and Riae Suicide and Susu are both great examples of that. They both stand out in the industry and continue to inspire others to embrace their uniqueness and be proud of who they are.

As a tattoo enthusiast myself, I’m in awe of Riae’s many tattoos that cover her entire body, including her split tongue piercing. And it’s clear that she genuinely appreciates the art form, citing her favorite artist as Saturno Buttò.

But Riae isn’t just a pretty face and a canvas for tattoos. She’s also a lover of literature and cites Chuck Palahniuk’s “Choke” and “Invisible Monster” and David Sedaris’s “Me Talk Pretty One Day” as some of her favorite books. And her favorite city to visit is Guadalajara, Mexico, where she says she adores the people, food, and landscape.

At 5’2″ and 106lbs, with measurements of 36-24-36, Riae is a petite and curvaceous goddess. And with a following on Instagram, Twitter, and Facebook, it’s clear that her unique look and positive attitude have captured the hearts of many.

As a fan of Riae Suicide, I can’t help but be constantly inspired by her journey and the way she embraces her individuality. Her story of overcoming bullying and self-doubt to become a successful and confident alternative model is truly empowering and motivating. Not only is she a beautiful and unique canvas for tattoos, but she also has a love for literature and a passion for travel.

I am always excited to see her new projects, whether it be new photoshoots, videos on her YouTube channel, or posts on her social media. She has an undeniable energy and positivity that shines through in all of her content, making her not only an outstanding model but also an inspiration to many.

If you’re not already a fan of Riae Suicide, I highly recommend checking out her social media and her Suicide Girl’s profile, and join the community of people who have been touched by her story and her art. And if you’re already a fan, let us know in the comments what you love most about Riae and what you hope to see from her in the future.

Lighting Up Landscapes – Tips to Illuminate Any Garden Space in Oklahoma