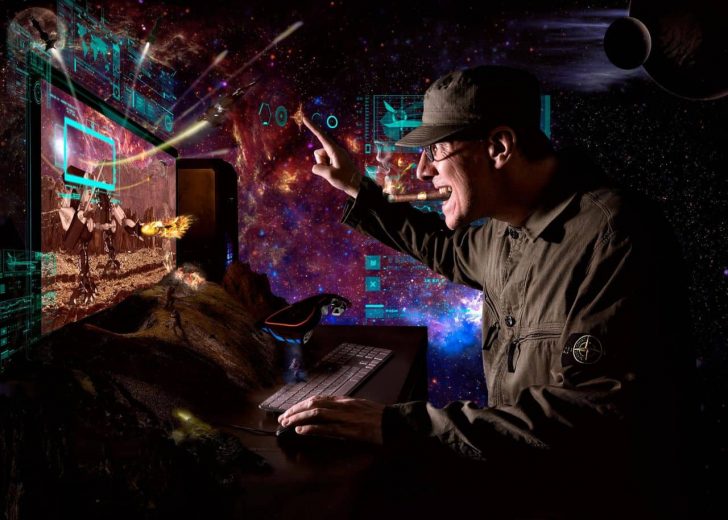 There are plenty of things you can do with your time. Working, sleeping, and any hobbies you may have will take up most of that time. But what’s the protocol when there’s plenty for you to do, but you just don’t want to do it? You already know the answer: you probably double-majored in it during college. Procrastination is sort of a guilty pleasure in that no one likes to admit they do it, but secretly enjoy it. The next time you find yourself at work staring past a pile of expense reports or at home facing a full sink of dishes, procrastinate a different way. Procrastinate the manly way.

Get Your Reps In

Instead of leaning back in your office chair for a nap or trying to get paper balls into your trashcan like a second-rate Stephen Curry, do something that will actually benefit you. Stand up and stretch, then get down in the push-up position. Instead of knocking out as many as you can do, lower yourself to the halfway point, where your elbows form a nice right angle, and hold it. How long is up to you, but do five sets and try to add a few seconds each time you do it. These are called isometric push ups, and they’re great for strength training because they keep the muscle under tension for longer periods of time than traditional repetitions. This is a great way to make your down time work for you.

Doing the same thing over and over again can get pretty boring fast. That’s especially true if you’re staring at a computer screen all day, slouched over a keyboard. If you have to be parked in front of a screen all day, at least make it pay dividends. If you have some time in between writing reports or whatever it is you do to earn a living, try looking into making a little extra money on the side. There are plenty of websites that’ll pay you to take surveys in your free time that are pretty quick and easy. If you’re looking for something more challenging, try your hand at writing some articles or blog posts. You probably won’t get rich answering questions or writing sales pitches, but it’ll net you some extra dough each month and give you a break from your daily routine.

Get Your Game On

Of course, the whole point of procrastinating isn’t to do more, but to do less. If you just aren’t feeling particularly Rocky Balboa-ish or much like Hemingway, consider zoning out with some computer games. There are a host of websites offering all kinds of games for when you’re bored, but those aren’t the games you want. Those are the games you played in middle school or on your parent’s old brick of a cellphone. What you want is a game that’s simple enough to play mindlessly but captivating enough to earn a spot in your procrastination lineup. Portal is a massively-popular game that takes all of the cool stuff from physics and whittles away the boring stuff. It’s a great start, and alternatively, you can check out UK.VoguePlay portal to ease into some light gaming before you get started blasting holes into walls and traveling through different dimensions. When a man does something, he should do it right, and procrastinating shouldn’t be any different.