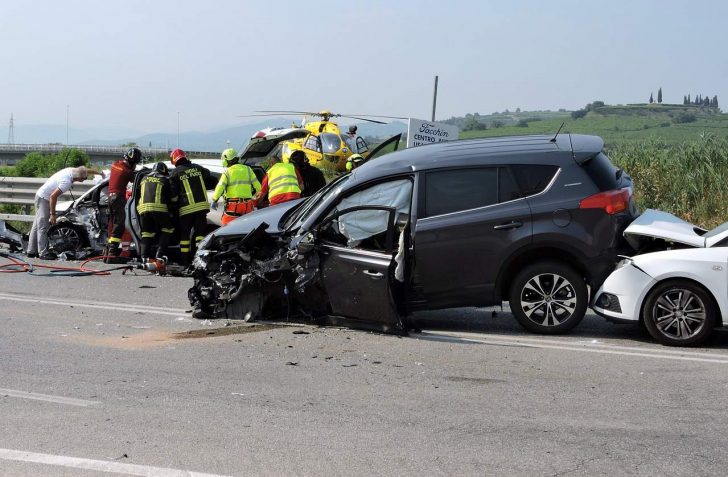 Are You Prepared for The Dangers of The Road?

You’ve just got your license, and you are no doubt, very excited to get out on the road. You have already bribed your parents for full use of their car. Or, you’ve been saintly enough to warrant them buying you your own vehicle. Either way, the highways are now wide open to you but are you prepared for the challenges that await. Getting ready to drive by yourself on the road is a little like one of those old, text, adventure games. Before the game began, you were always asked whether you were ready to proceed, or if you needed more time to prepare. In the case of driving, it’s always best to take a little extra time.

An estimated 75 percent of first-time drivers will crash in their first year on the road. That’s why, in the UK, they’ve made learning to drive more difficult. If you took your theory five years ago and passed, taking it now would almost certainly give you a shock. However, in most states across America, it’s still remarkably easy to learn to drive and to get out on the road. Does that mean each driver with a license is prepared for the dangers? Of course not and this is why we are providing this guide, to help you get ready.

Choosing And Understanding Your Car

Some cars are more dangerous than others. That might be because they have shorter braking distances or it may be due to the safety features. Some models have additional safety features while others have the bare minimum. For instance, Jags have airbags in the front and back, as well as the roof. If you crash in a Jag, it should feel like landing on a bouncy castle. Others are safer because they have limitations. For instance, if you crash in a Micra, you might be less likely to get seriously injured, compared with a Merc. A Micra may have fewer safety features, but a Merc can travel at faster speeds. That’s why you need to choose the car you drive carefully. Don’t rush out and buy a sports car if you can’t handle it at high speeds.

Similarly, a lot of new drivers decide to buy a big SUV or 4×4. Or rather, their parents buy it because they think these provide the most safety. If you are a parent, just remember, you provide safety for your kid driving the car. You’re making it far more dangerous for anyone who they might hit. We’ll talk about other drivers further down.

Don’t forget there’s more that you need to consider than the type of car. You need to think about maintenance that keeps the car safe. In particular, be aware that leaving your car dirty might mean that is more dangerous to drive. Dirt can build up under the brake pads and mean that they are less effective at high speeds. It’s not the only issue you need to consider. Oil needs to be changed at least once every two weeks. Otherwise, you might find that you get stuck on the side of the road.

You should know that if there is an issue with your car, it will tell you. If you see a light on the dashboard, generally that’s a bad sign. Particularly, if it doesn’t go away. This could mean you are low on fuel, a problem with the engine or a door left open. Remember, cars may also make peculiar sounds or have weird smells if they are not working properly.

Now let’s think about a few of the dangers that you may encounter when you’re out on the road. You may see a hitchhiker. There are plenty of people who have no qualms about picking up a hitchhiker but be careful. While in most cases, you can trust them; you can never be sure who you are allowing to enter your car. It can be incredibly dangerous, and it is especially ill-advised if you are traveling alone. Don’t worry about them not finding their way to their destination. Eventually, someone will always stop.

Other drivers are an issue too. If you don’t cause an accident, it’s most likely going to be due to a mistake or action by another driver. It’s quite rare for road elements to be the cause of an accident. That’s why you should always be paying close attention to other drivers on the road around you. Be particularly wary of people talking on their cell phone. Remember, that driving using a cell phone is a major distraction. If someone crashes into you, the Pearce Car Accident Firm or a similar company could help you make a claim. You should not be accountable for an accident that another drive made out on the road.

It’s important to be aware that some road users are more vulnerable than others. Cyclists and motorcyclists are two great examples. Cyclists are vulnerable because motorists often overestimate how safe they are. For instance, you might pay very little attention to a cyclist on the other side of the road. However, if there are high winds, they could be blown into your path. That’s why you should travel at low speeds passing them, no matter what side they are on. Motorcyclists are in danger because they can be so small that they evade viewing. A motorcyclist will often be in your blind spot when performing an overtake. If you swerve and hit them, you’re accountable.

Then there are the bigger vehicles out on the road. You may not see them as much of a threat. Although, even the most experienced driver will overtake a trucker with caution. They know that an accident with a truck could be fatal. You must give a wide berth where possible and plenty of warning before completing an overtake.

As you can see, the road can be a dangerous place, particularly for novice drivers. That’s why it’s always better to think about the issues before taking to the highways. Preparation at this stage could save your life by stopping you from making a stupid mistake.