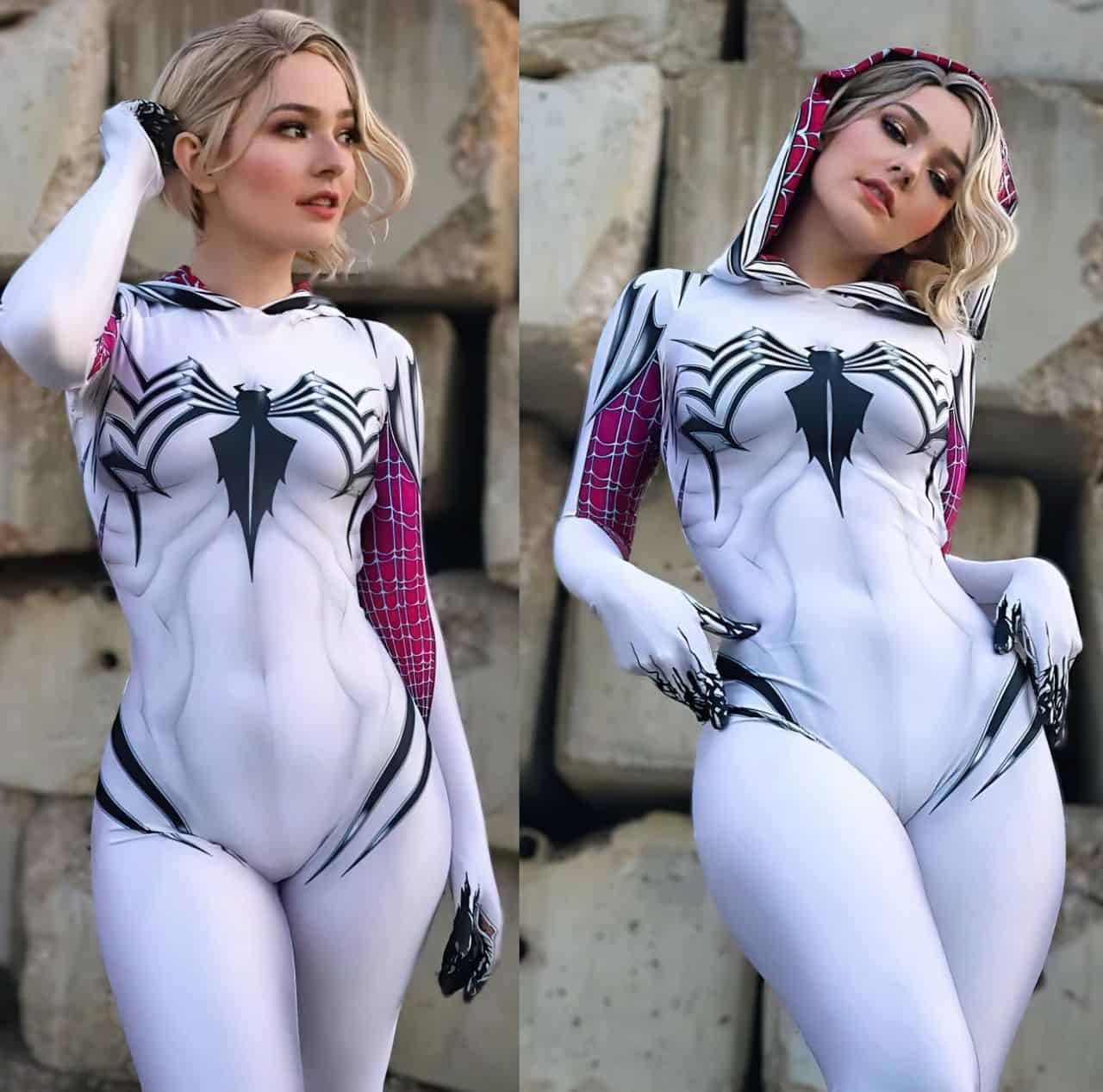 Maggie McGehee, also known as @OMGcosplay on social media, is a cosplayer and influencer from Texas who has amassed an impressive following of millions of people. Through her creative costumes and engaging posts, she has won the hearts of fans all over the world. In this article, we’ll take a closer look at her story and find out what makes her so popular.

Who is OMGcosplay and what led her to become a cosplayer?

Maggie McGehee, more commonly known as OMGcosplay on social media, is a cosplayer and influencer from Texas. She has garnered a massive following of millions of people due to her creative costumes and engaging posts. McGehee first became interested in cosplay after attending the A-Kon anime convention with her sister.

As a teen, she was insecure about her interests in cosplay and anime and hid the fact that she cosplayed from her classmates. However, she found inspiration in other cosplayers like Jessica Nigri and decided to embrace her passion for cosplay. McGehee uses her Snapchat to share real details of her life with supporters to create a more personal relationship with them. She doesn’t want to come across as just another sexy cosplayer, but as a relatable person with interesting stories to share.

What challenges Has She struggled with?

OMGcosplay has used social media to share her struggles with an eating disorder and what it was like trying to recover from a suicide attempt.

She also mentions that she had yellow teeth due to being bulimic/anorexic during the time in which her enamel was destroyed.

Additionally, she has ADHD which can be a challenge.

How did she rise to fame, and what are her most popular costumes?

Maggie first garnered attention on social media in 2019 when she posted a photo of herself in a Spider Gwen costume. The photo went viral and led to her being featured on websites like BuzzFeed, Cosmopolitan, and TMZ.

OMGcosplay is most popular for her creative costumes, which often incorporate elements from pop culture and video games. Her most popular costumes include a Velma Dinkley costume, a Batwoman cosplay, and a Spider-Man cosplay as Spider Gwen.

What advice does She have for aspiring cosplayers?

In an interview with IGN, OMGcosplay offered the following advice to aspiring cosplayers: “Start by picking a character that you love. Don’t try to do too much at first. Just pick one character and perfect that cosplay before moving on.”

She also advises cosplayers to be themselves and have fun with it. “At the end of the day, we’re all here because we love this stuff,” she says. “Just be yourself, be passionate about it, and don’t take yourself too seriously.”

Here’s a video of her at the Texas State Fair

What are her favorite movies?

What are her favorite TV shows?

Rick and Morty, Attack on Titan, One Piece, and Naruto are some of OMGcosplay’s favorite TV shows.

What is her favorite video game?

What have people criticized her over?

Some people have criticized OMGcosplay for her risque photos, claiming that they are inappropriate for someone who is also a law student. Others have accused her of not working, saying that she just sits at home and takes pictures. However, she has responded to these criticisms by saying that she is good at marketing and that her job is not just modeling. She has also said that she plans on opening her law practice one day.

McGehee has big plans for the future and hopes to continue expanding her brand. She is a student at the University of North Texas and is studying business administration. She plans to pursue law studies after she graduates from college. For now, she is focusing on creating content and connecting with her fans.

What impact has her work had on the cosplay community?

OMGcosplay has been a positive force in the cosplay community, inspiring others to embrace their passions and pursue their dreams. She is an advocate for body positivity and self-love, and her work has helped to break down the barriers that often prevent people from cosplaying. She proves that anyone can cosplay, regardless of their size, shape, or the color of their teeth. Thanks to her work, the cosplay community is more inclusive and welcoming than ever before.

What motivates them to keep creating new and innovative costumes?

The thing that motivates OMGcosplay the most is her fans. She loves hearing feedback from them and seeing their reactions to her costumes. “I love making people happy, and I think my fans appreciate that,” she says. “I also enjoy pushing boundaries and doing something different with each costume.” She wants to continue creating content that her fans will enjoy and that will inspire them to be their best selves.

Whether you’re a fan of cosplay or not, it’s impossible to deny that Maggie McGehee is talented and creative. Her passion for art is evident in her work, and it’s amazing to see how far she has come. Be sure to follow her on social media so you can keep up with all of her latest posts!

41 Weird and Funny Images to Make You Laugh: A Collection of Totally Random Photos

Kristen Bell is So Sexy and Hot: 30 Jaw-Dropping Photos Spanning Her Entire Career