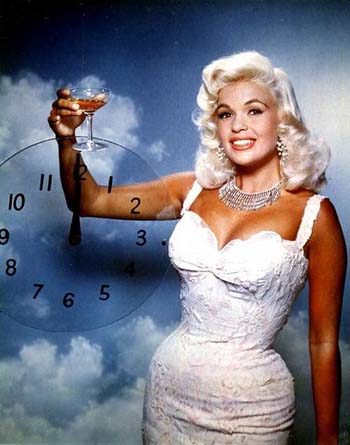 The warning signs are usually there when we meet a woman who’s not good for us.  We usually see all the red flags but instead of trusting our gut, we figure things will just work themselves out or worse, that we’ll change the person to make it better.  She is super sexy but she seems to have really low self esteem?  Well, she’ll feel better about herself once she’s your girl, right?  Uh, no…it doesn’t work that way.  You can’t make anyone do anything.  You only have control of yourself and how you respond to situations.

Trust your instincts and listen to that experienced voice in your head.  You know what you want and what’s good for you better than anyone else.  Be the man you want to be and trust your judgment.

Don’t Allow Yourself To Be Attracted To Weakness

So often in dating we know who the right girls to pursue are and who are absolutely wrong for us.  It’s just a matter of whether we trust our inner voice or instead intend to merely satisfy our “most notable extremity”.

We know when someone genuinely appeals to us intellectually and spiritually and whether there’s potential for something meaningful but as men we often take the path of least resistance or choose the woman who appeals to our hunting instincts instead.  We go after the ones seem the hardest to chase.  The hottest girl at the bar who’s rejecting guys left and right.  The younger girl who says she’s just looking to have fun.  The party girl who jumps from event to event and man to man.  We feel compelled to win their attention.  It’s our competitive male nature.  We want to bring home the shiny trophy, be the Alpha male and the Big Dog all at once.

Once we get that hard to get girl…then what?  It’s boring.  We realize she’s not really that hot or is totally unevolved, boring to talk to and the idea of spending a whole evening with her brings a dread not easily erased no matter how mind-blowing the sex may initially be.

This year try instead to pursue women who are available and opened to receiving you.  Think about who’s going to make you happy in life rather than what’s going to make your penis happy tonight.  If you do it right, those two things do not have to be mutually exclusive.

Give Her A Second Date

This resolution applies most significantly to those of you who are doing online dating.  People don’t always show their true self on the first date.  Women get nervous, women have things going on in their lives that may not allow them to be totally present on that first date or women just may be in the midst of a dating barrage and not totally focused on you.

This year, trying giving those girls who seem interesting but maybe don’t blow you away on that very first date a second try.  This applies only to those women that you do feel some kind of connection with (see Resolution 1).  We don’t want to be wasting time, energy and money on second dates to prove to ourselves what we suspected on Date One.

However, give her the benefit of the doubt and realize that nobody is perfect.  She may just surprise you on Date 2 and be a bit more comfortable and less skeptical after all of those horrendous and sometimes threatening first dates she’s been on with other lesser candidates.

I know this is a tough one to swallow boys, but it’s a necessary step to finding true happiness.  If you’ve been out on a few dates with someone who you like, don’t run away or stay walled off from your feelings.  Tell her you dig her.

Most importantly as you go through the dating process, present yourself as you are.  Don’t say you agree with everything she says because you think that’s what she wants to hear.  Express your thoughts and insights.  Bring “yourself” to the table so to speak.

This might involve some rejection along the way, but you are only going to be rejected by those women that are not going to appreciate your True Self.  Let them go and consider yourself lucky to have skipped dates 2, 3 and 4.  The women that will be completely into you, will be even more attracted to you because you’re exuding the confidence that all women love and owning who you truly are at your core (the good, the bad and the ugly).

Yes, dating in the modern world can be confusing and disappointing at times.  However, if you stay focused on what you want and who you want to be while staying opened to the reality that no one is perfect you’ll be well on your way to happiness in dating.  Best of luck and see you in 2012!