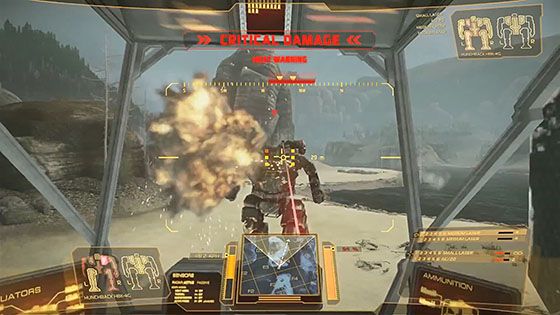 If you’ve ever had fantasies of piloting a megalithic laser shooting battle mech, then you’re in for a real treat this year. We have not one, but two mech inspired games coming out. We’ve talked about Hawken quite a bit, but what about the MechWarrior franchise? After all these years, a sequel is finally in development under the title MechWarrior Online.

This new MechWarrior Online footage was taken at GDC 2012 and features plenty of hot mech on mech action. We see tons of lasers, missiles, and mechanized shenanigans set to the excellent adrenaline pumping music we saw in the teaser a few weeks ago. All of the mechs are rendered using the latest Crysis engine, and so far the visuals look quite impressive. If you’ve played any of the previous MechWarrior games, you’ll probably agree that MechWarrior Online looks a lot more inspired. It’s obvious that the team put a lot of effort into making all the behemoths look detailed and visually appealing.

Though the video only showed us a bunch of mechs pummeling each others with lasers and missiles, I’m 100% okay with that. I’ve been craving a mech game for many years now, and at this point, I’ll take what I can get. My only hope is that there’s an added layer of strategy that we simply aren’t seeing in the trailer, and I’m fairly confident that will be the case. I can’t imagine Pirahna Games turning the MechWarrior series into something completely mindless, but hey, stranger things have happened. 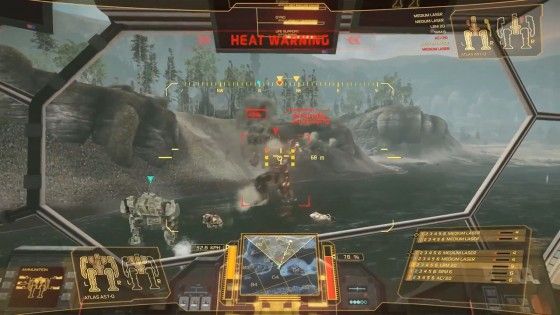 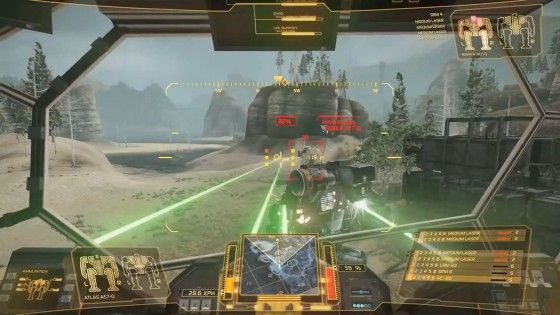 MechWarrior Online arrives later this year as a freemium title. The game itself and basic gameplay will be completely free, but certain yet-to-be disclosed features will cost extra. Thankfully, the team has promised us that these paid features won’t be anything that gives players a distinct advantage over other players, ie: paying money to “cheat”. I’ve heard this one before, but I’ll reserve judgement until the game arrives.