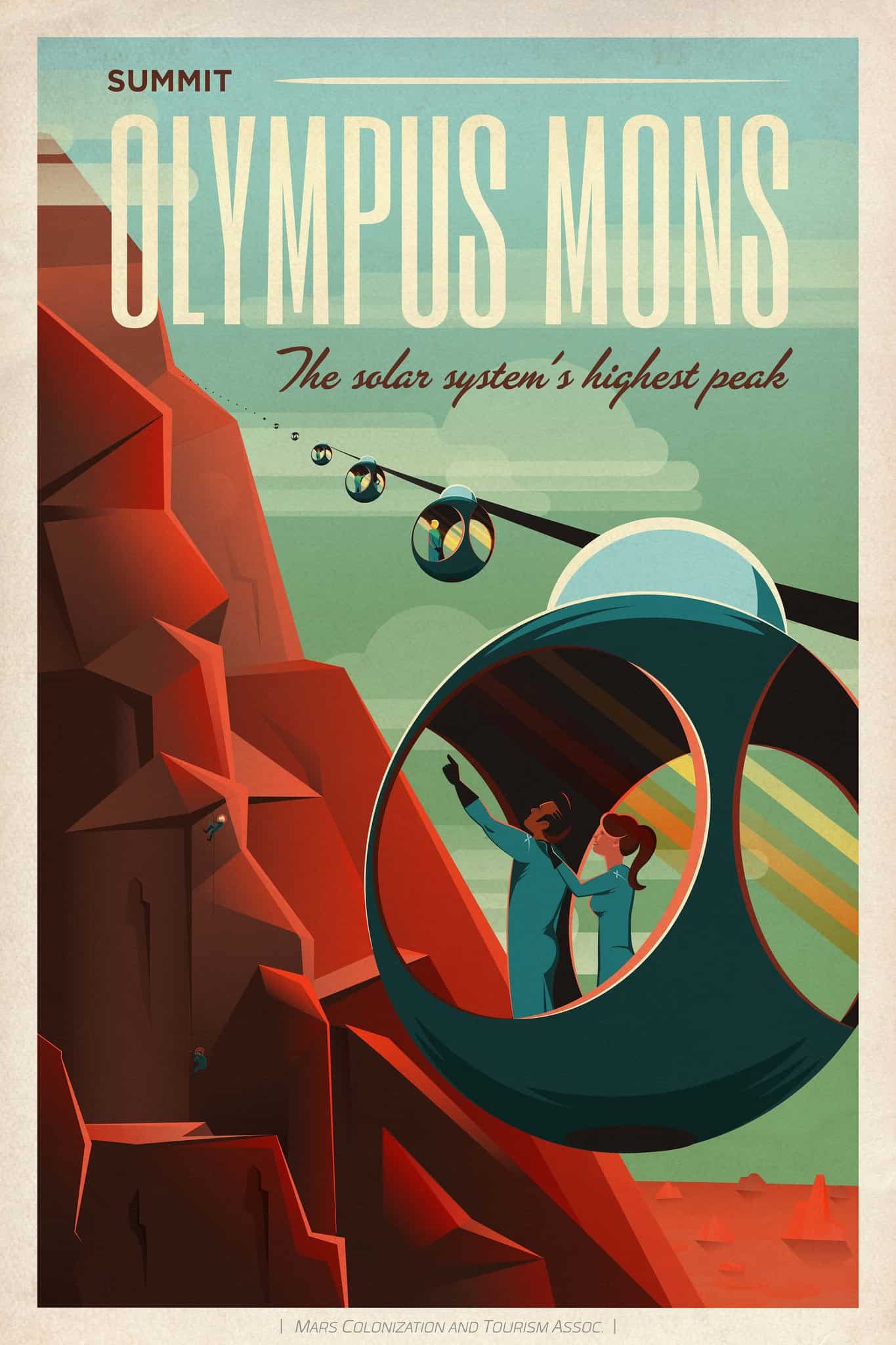 It’s no secret that SpaceX is planning to send humans to Mars with the goal of creating a large scale, permanent colony on the distant red planet. Elon Musk has been hyping his grand plans since he started the company, and with a lot of hard work and a little bit of luck, I believe he’s going to achieve his goals.

After all, SpaceX has been working and innovating at an incredible rate. You need only watch footage of their recent attempt to land a rocket on a barge FROM SPACE to get a taste of the almost magical technologies they’re developing. It’s an exciting time to be alive here on planet Earth, and soon on other planets as well.

A Vacation on Mars…

So let’s look forward for a moment here, to a time when space travel is as accessible as air travel. Let’s imagine a time when people are vacationing on Mars, Phobos, Deimos, and other celestial bodies. That’s what SpaceX is giving us a glimpse of in these promotional travel posters for Mars. 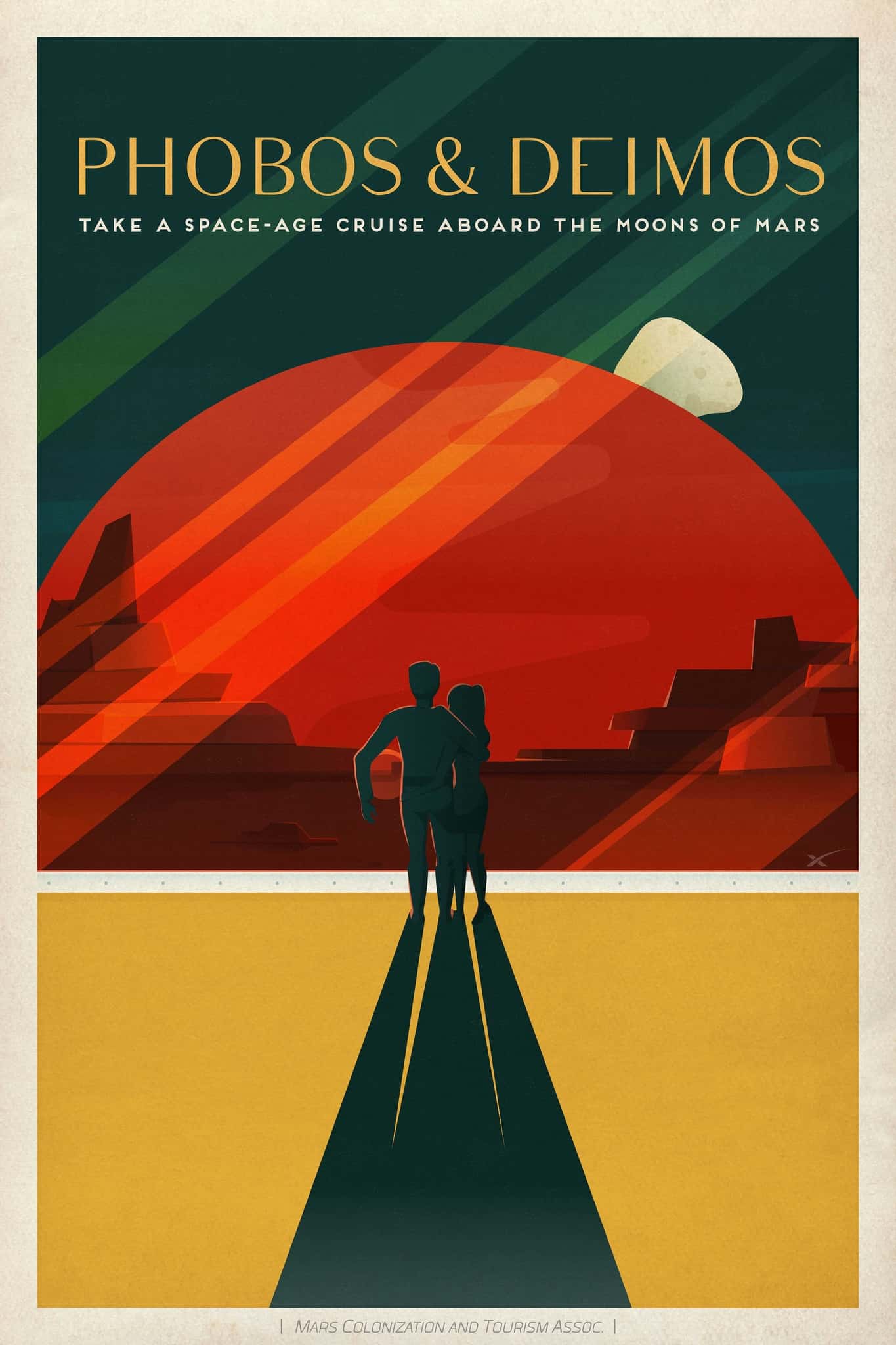 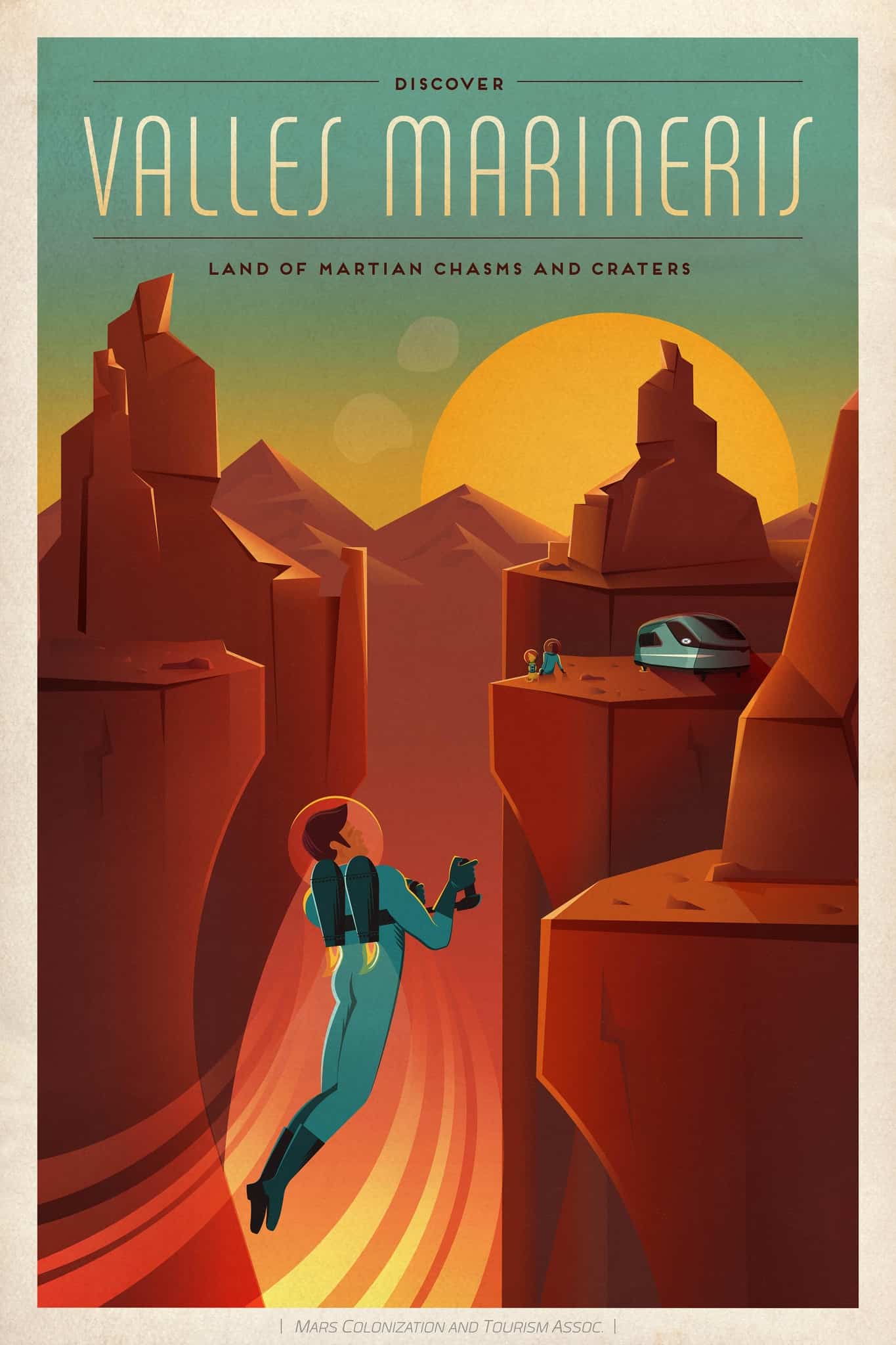 I don’t know about you, but I’m saving up for my trip to Mars. Can you imagine being one of the first people to land there?

Survival would be tough, no doubt about it, but the experience would be truly beyond words. The first person to step onto another planet will go down in the history books for all eternity.