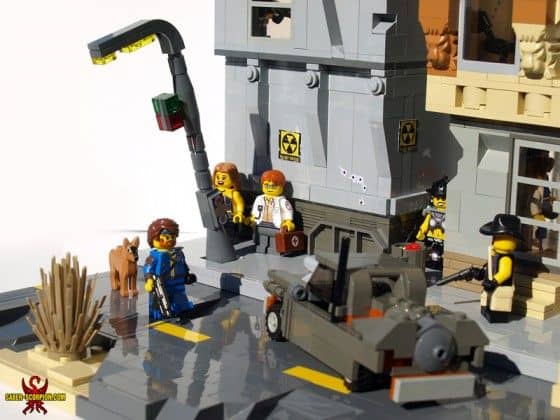 I think it’s safe to say that just about everyone owned LEGO as a child, and perhaps that even continued into adulthood. That’s certainly the case for Justin R. Stebbins, the mastermind behind this incredible LEGO fallout street diorama. If you’re a fan of the Fallout franchise, then you’re going to love this, whether you like LEGO or not. I mean honestly, who doesn’t like LEGO?

So before you start browsing through the collection, let me point out a few things. For starters, I don’t know *exactly* which Fallout this is based on, but I’m leaning towards Fallout 2. Given the viewpoint of that game, and the California flag we see atop the building here, well… it’s a nice little homage to the game. Also, keep an eye out for some other notable Fallout mainstays. A certain blue boy in particular.

The Non-Toxic World of LEGO Fallout

Though the LEGOs used to create this world are non-toxic, the world they represent are anything but that. The mutants beneath the streets will attest to that. 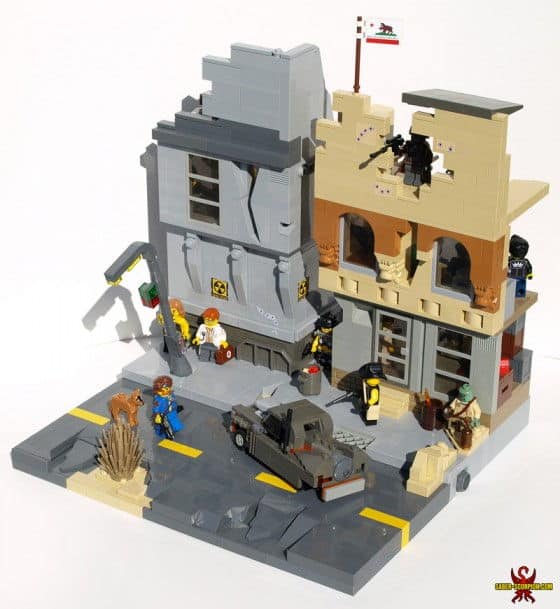 Dogmeat, is that you boy? This doesn’t look like the friendliest neighborhood… good thing everyone and their dog are well armed. 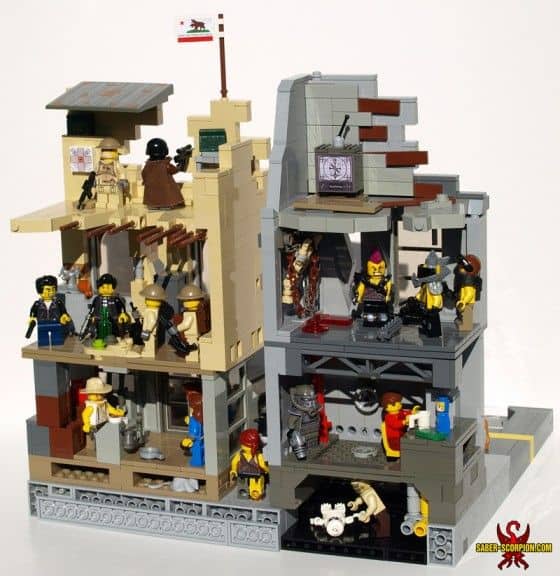 Notice the TV screen up top there? Fallout fans are quite familiar with it, but did you know that the Indian Head test card was actually used on real, actual television?

I think I’ve been playing too many video games. The reflections on the street actually look pretty damn cool… like it’s just rained. Quite unlikely given the Fallout universe, but… you know. 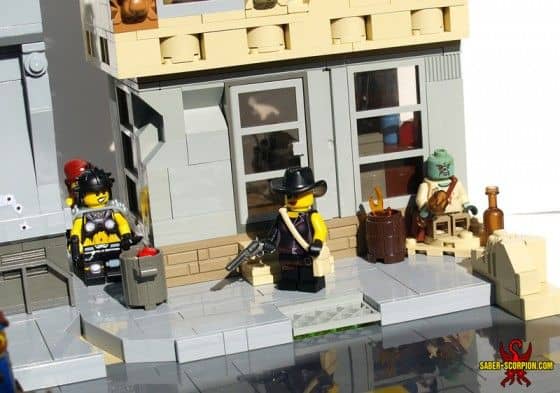 That is… quite the bikini. I don’t where our helmeted friend there shops, but I have a feeling it’s an amazing place. 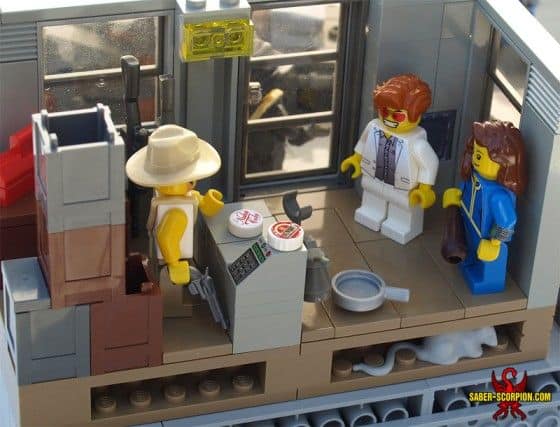 Clearly there isn’t a whole lot of trust in this interaction.

And here we end the serious on a good note, well… kind of. The ever lovable Pip Boy is looking as cheery as ever. Just ignore the horrible mutant living beneath the streets.

Though I would love to offer you a handy place to pick up a set of Fallout LEGO, sadly… none seem to exist. It’s my understanding that Mr. Stebbins modified many of the pieces here to fit the diorama, and that they aren’t from some magical Fallout set. Having said that, LEGO is dirt cheap, and perhaps you can make your own? A massive tub of LEGO sells for just $24.59 USD on Amazon, and this isn’t even the biggest one they carry.

Now, if you’re looking for a bit of inspiration, head over to Saber Scorpion’s Lair and browse around. Justin has done a wide range of different game inspired LEGO scenes, ranging from Mass Effect to Assassin’s Creed. They’re all awesome, guaranteed.