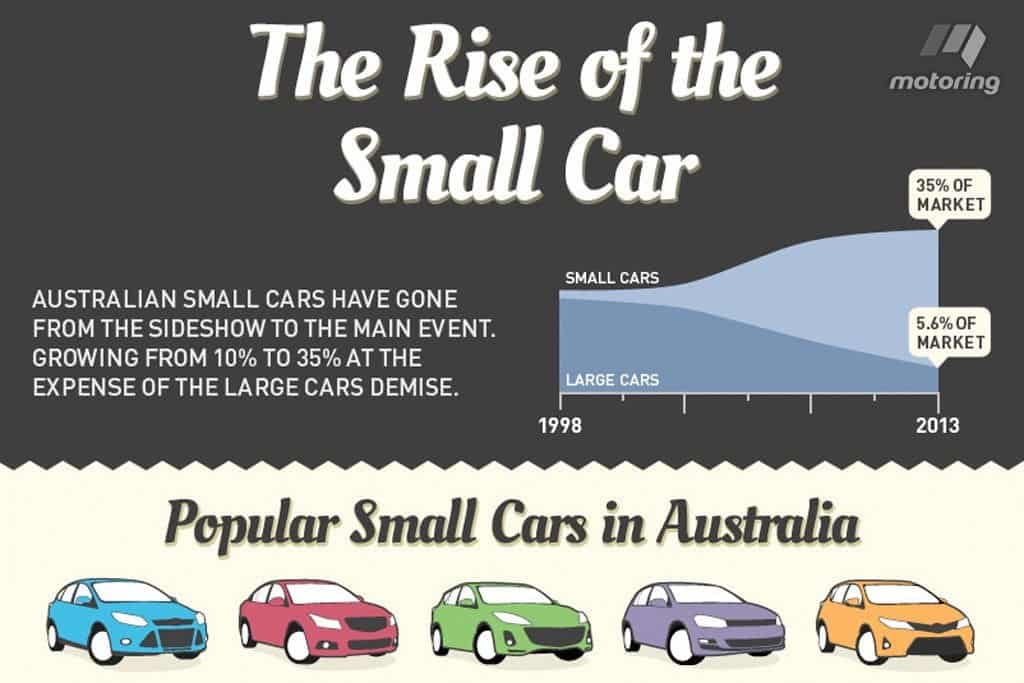 In North America, oil-rich Middle East, and Australia, small cars have been considered the “red headed stepchildren” for the last three decades; not many people wanted to buy small cars and in turn, the few manufacturers that did make them, made them pretty cheap and ugly.  But things are changing, at least in North America and Australia, with the ever increasing prices of gasoline, we’re seeing more and more small cars on the road and there are many models to choose from.

I have always been a fan of small cars and had lusted after the small cars offered in Europe.  Thanks to increasing demand, most of those cars are now available around the world.  Today’s small cars are not what they used to be; they’re not cheap, they look great, are pretty fun to drive, are very fuel efficient, and some of them come with tech gadgetry found in luxury cars.

The most impressive figure is that not only did these cars get bigger (which means they’re heavier) but they also became more fuel efficient, while also becoming faster (have a look at the 0 – 62 mph times in the infographic below, quite a big difference).