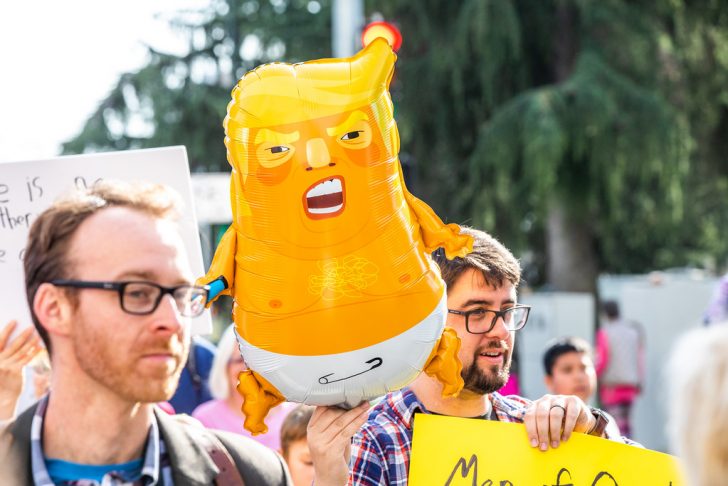 How Many Lies Has Trump Said Since Being President?

Trump has earned himself a whole Wikipedia article devoted entirely to his untruths. Academics, journalists, and fact-checkers have estimated that he lies an average of 23.3 times per day in 2020. This is an uptick from the year prior, in which he apparently lied 22.8 times per day. Since the start of the coronavirus crisis in the US, his lies have only increased. He has been observed telling an average of 23.8 lies since March.

And this is not a new phenomenon. Toronto Star reporter Daniel Dale reported on Trump’s lies on the campaign trail, and he came away with some specific observations. Dale took unscientific data of 25 days on the campaign trail (with a couple of days off) between September 15th and October 24th, 2016. Dale counted 378 lies within that time frame, many of them repeated averaging 15.12 lies per day during that time. That number doubled on debate days, with Trump telling 30 lies per presidential debate. It is noticeable that on a campaign trail founded upon lies how many more lies Trump has told since becoming President. What seemed like a huge number of lies in debates has become a daily occurrence.

The Pulitzer Prize-winning website PolitiFact was founded in 2007 by Tampa Bay Times Washington Bureau Chief Bill Adair. The site checks the veracity of claims by politicians and sometimes by celebrities, rating them on a scale between True and Pants on Fire lies. PolitiFact had arrived in time to catch many of the Pants on Fire lies from 2008 Vice Presidential candidate Sarah Palin. It seems that Trump has broken it. One click brings you to an endless scroll of falsehoods uttered by Donald Trump. These lies include claiming that children are “almost immune” to the corona virus and that Joe Biden is “absolutely on board” with defunding the police.

And of course, lies about the corona virus are possibly the worst of them all, as they directly contribute to countable deaths. As his rate of lying has increased by an average of a lie a day since this time last year, the US has not properly contained COVID-19 and is on track to lose 200,000 lives to the virus by October. Some outlets already report that due to under-reporting, 200,000 people have already died of complications from the corona virus.

While comedy writers might be still having a field day with how many lies Trump has told since becoming President, there are serious consequences to this multitude of lies. As Dale said, he had hoped for some calmer political reporting times, having covered Toronto mayor Rob Ford for years, only to be dumped into the world of Trump. He may be keeping fact checkers on their toes and highlighting the importance of media literacy for the general public. However, Trump’s lies are also resulting in hate crimes and unnecessary deaths. If nothing else, the public can do something about it in November.