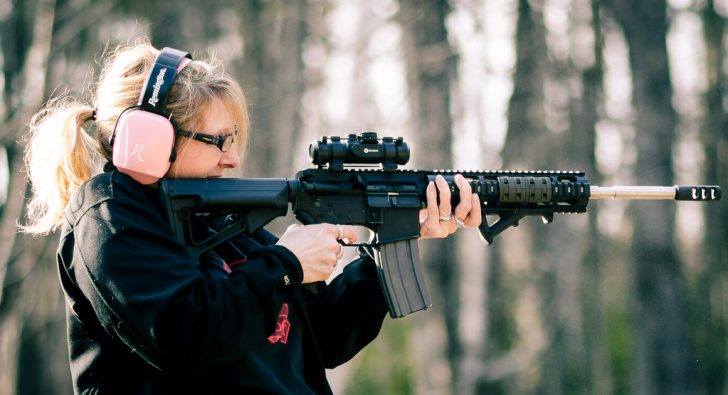 How 2020 Has Become the Perfect Storm for Firearm Sales

There hasn’t been a whole lot of certainty in 2020. However, this much we do know: It will go down in history books as one of the most important and catalytic years of this century. And if there’s one industry that’s been directly affected, it’s the firearms industry.

Why Gun Sales Are Surging

While any estimate on the number of gun sales is simply that – an estimate – there are systems in place for tracking the legal sale of firearms. And if you look at the data from March 2020 onward, there’s a clear uptick in transactions.

It’s estimated that 15.3 million firearms have been sold in the United States since March. And in October 2020 alone, an estimated 1.92 million guns were purchased by citizens. That number is up 67 percent from October 2019 (and qualifies as the eighth-highest month on record).

So it’s clear that something is happening. The only question is, what factors are causing this surge? And any logical assessment would point to three primary factors:

Let’s start with the obvious: The forthcoming Joe Biden presidency. Any time a left-leaning candidate is elected to the highest office, there are ripple effects in the firearm marketplace. People begin to worry about the possibility of Second Amendment restrictions and respond by purchasing more firearms. (This includes both conservatives and liberals.)

In fact, we recently saw a major increase in firearms sales directly following former President Barack Obama’s calls to impose restrictions on firearm sales in response to the Sandy Hook elementary school shooting and San Bernardino terrorist attack. Gun sales soared by 3 million and 1.6 million above expected levels, respectively, after Obama made statements about cracking down with more regulations.

Since Biden’s election, AR-15 gun sales (and other semi-automatic rifles) have increased significantly. And it’s likely that they’ll continue to. (After all, Biden has said himself that assault weapons “should be illegal, period.”)

Even before Biden was elected to become the 46th President of the United States, gun sales were already surging due to the uncertainty surrounding the ongoing COVID-19 pandemic.

“We are certainly seeing that this is related to our anxiety,” says Alexandra Filindra, an associate professor of political science at the University of Illinois at Chicago who studies gun policy. “People are feeling that they have no control over the course of their lives. The pandemic is incredibly scary. The purchase of firearms provides a sense of security, not only in the physical sense but also in terms of the psychological sense, that you bring some control over some very difficult to control situations like the pandemic.”

Practically speaking, there isn’t anything that a gun can do to protect citizens from a virus. And while we all know this, intrinsically, there’s still something very comforting about having personal protection on your side amid so much uncertainty. And as long as this pandemic stretches on, we’re likely to see sustained surges in sales.

The final layer to this surge in gun sales is the civil unrest surrounding racial tension and highly-publicized instances of alleged police violence. If you track the daily sales of firearms, you’ll find that big spikes almost always follow significant moments of unrest.

On March 13, following President Trump’s decision to declare a National Emergency, firearms jumped from averaging roughly 92,000 sales per day to nearly 180,000 firearms per day on March 16.

Then came the senseless killing of George Floyd on May 25, which sparked another chain of events that saw gun sales increase. On May 28, the day that the Minneapolis Police Station was burned down, sales spiked to 140,000. Then they spiked again on June 1, after the Lafayette Square protest in Washington, D.C.

While these spikes subside and normal transaction levels return, the effects are permanent. With each moment of unrest, more firearms enter into the general public. (This can be seen as a good or bad thing, depending on your stance.)

What Does the Future Hold?

These three factors – a Joe Biden presidency, the COVID-19 pandemic, and general civil unrest – have created a perfect storm of sorts. And while it remains to be seen what will happen in 2021, it’s unlikely that the demand for firearms will subside any time soon. If anything, we’ll likely see sustained growth in this sector.