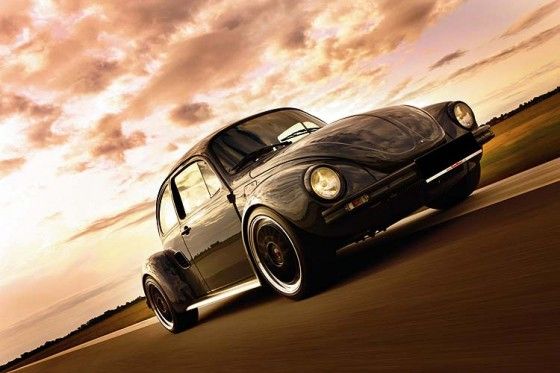 The cute little Herbie bug car is not so sweet anymore thanks to this creation by Austrian shop owner, Siegfried Rudolf, who owns CarMaxx. The shop specializes in restoring two popular German cars, Porsches and Volkswagens.

The new and improved Porsche Boxster Beetle puts down 270 horsepower and is pretty much considered a sleeper. With the Porsche chassis and new suspension, this is probably one of the best handling Beetle’s around.