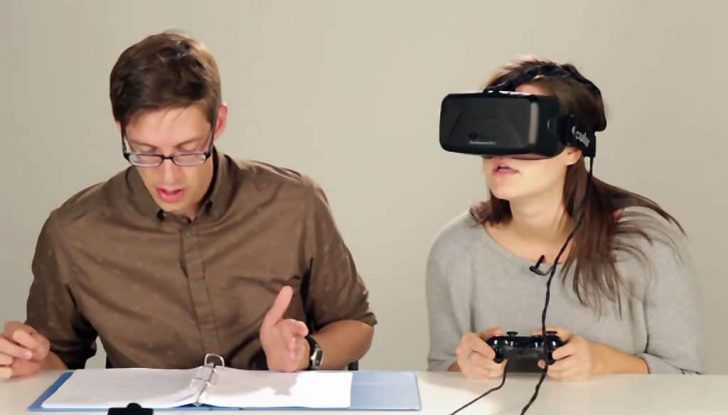 Is This The Future of Virtual Reality for Couples? Diffusing a Bomb in VR

I’m a big fan of virtual reality. I’ve been lucky enough to have tried the developer version of the Oculus Rift, and the experience has turned me into a true believer. I believe that a decade from now, we’ll look back on VR as one of those society shifting technologies. Really, it’s that good.

Virtual Reality is going to have a profound impact on the way we game, watch movies, learn, and even experience relationships. Take this particular video for example. This couple is trying to defuse a bomb in VR, but here’s the catch: only one of them can see the instructions. They need to try and guide their partner’s diffusing efforts using nothing nothing more than descriptions.

But you know what? This looks like a whole lot of fun to me. Maybe not quite as fun as some other VR applications, but I can see games like this being an absolute blast at parties. Who says VR isn’t social?

Yes, the future of VR is looking bright. If you happen to have a friend that owns one of the developer kits, do yourself a favor and beg them to let you try it. VR is one of those experiences that you won’t quite believe until you sit down and try it for yourself. I promise, you’ll be transported to a whole new world.