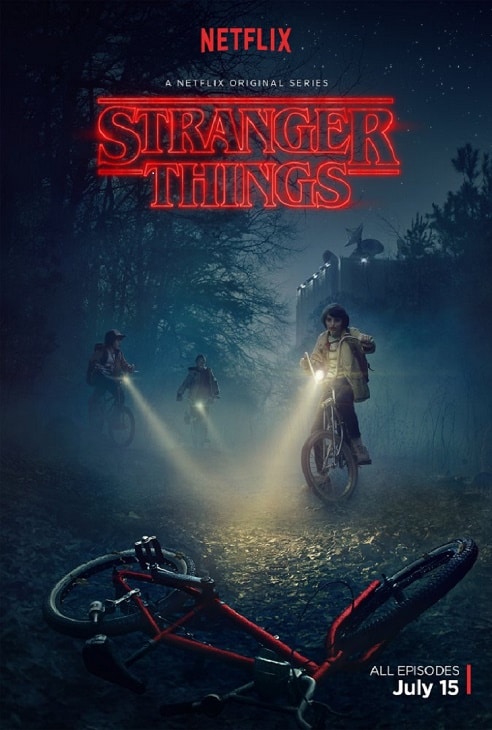 Four Reasons Why You Should Watch Stranger Things

Netflix is not new to creating its own TV shows and some have been immense hits. From Orange Is The New Black to House of Cards, Bloodline, Unbreakable Kimmy Schmidt and even more, they’ve proved they’ve got what it takes. The newest addition to the Netflix original series collection is Stranger Things, a show that on the surface seems bizarre and weird, but is a true masterpiece.

Stranger Things is set in rural Indiana in 1983 and is the story about a boy who goes missing and his mother and local law enforcement who uncover secret government experiences and strange, and terrifying, supernatural forces that threaten their very existence. Sounds weird, we know, but here are four reasons why you should watch it anyway.

Winona Ryder
The show stars Winona Ryder, and she is just as amazing in this role as she’s been in other hits, like Heathers. She gives the show a real 80s feel, since she’s a solid tie back to the time period, having just gotten her big break in the late 80s.

She plays the mother of the missing boy and she plays the part so so well, acting totally irrational and crazy on the one hand, but knowing deep down in her heart that something is not quite right, even if she can’t believe it.

It’s Authentic 80s
We’ve had plenty of TV shows pretend to be in other times, such as That 70s Show and even period dramas like Downton Abbey, but nothing compares to the authenticity of Stranger Things. It’s all in the small details, like the clothing and hair—which is totally nailed down in that horrible 80s style, to the music and even the slight imperfections.

Nowadays, film is totally clear, people are not shown with slight imperfections on their face, but this show doesn’t try to cover some of that up. It allows the imperfections, which does really take you back to that time.

The Storyline Is Gripping
It might have a weird premise, but the storyline is gripping and is not for the faint-hearted. Probably not the best of shows to watch home alone in the middle of the night, but you’ll find yourself bingeing without even meaning to.

The Music
Not only is the music a true blast to the past, featuring songs like Africa by Toto, songs by The Smyths, David Bowie, and other 80s classics, nothing but nostalgia here. But it also has a unique soundtrack that’s a combination of eerie, catchy, sci-fi-y and true 80s, including the theme song, which is truly captivating.

If you need more convincing, the nostalgia alone from this show is a reason to watch. The games, the time period, the clothing, the music, it all will just take you back to a simpler time. However, the storyline isn’t simple and you’ll be drawn in so quick you won’t even know what hit you. Having only premiered less than a week ago, this show has become a sensation and I’m sure we’ll see a second season in the works soon.