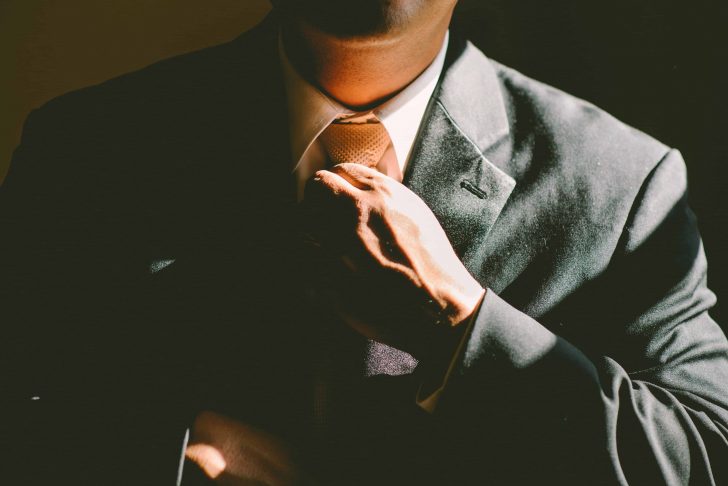 Five Types of Suits Every Guy Should Know How to Wear

Have you heard of someone wearing a power tie to an interview? It’s quite true that what you wear can say a lot about you, and there are times like job interviews when appearances are more important than ever.

Though I’ve always preferred to think that the entire suit is a little more important than the “power tie”. The color, the style, whether or not it’s neatly pressed and clean, can make a world of difference when trying to impress a potential employer or even attending a wedding with family and friends. You probably weren’t aware that mens suits were so important and complex, did you? Consider below, the 5 most important types of suits that every guy should know of, and how to wear them.

We’ll start by knocking out the two most common types of suits, the single breasted and the double breasted. Without a doubt, the single breasted suit is the most common, and modern, choice that men can make. A single breasted suit is where you have one row of buttons streamlined down the middle of the jacket. You are probably thinking, isn’t that what all suits have? Most yes, but not all. Double breasted, while uncommon, does create a more dramatic look which is appealing to some. This is where the jacket overlaps itself and creates two rows of buttons in order to fasten the jacket closed. This style lends itself to British and European fashion a bit more than it does in America for instance.

Ok, so the tuxedo is technically not a suit at all, but it’s too important to leave out of this list. They say if you invest a little money into buying the right tuxedo you will save a ton of money on not renting one throughout the years to come. Between weddings, dances, and formal affairs you will be surprised just how often you will find the need to wear a tuxedo. A tuxedo tends to sit a bit higher on the waist, and is often worn with either a signature button or bowtie rather than a traditional necktie that one wears with a suit.

A Lounge suit might be a new term for you, but chances are you have worn one at least a few times into the office. Some employers require a bit more of a formal look when coming into the office, and that’s precisely where these suit jackets come into play. They are nice enough to wear to wedding, but versatile enough to slip on with a pair of jeans where a more informal look is allowed. They also are usually made to defend against wrinkles and such, as they are worn in a more active environment than other traditional suit types.

This is more of a variation on the fitting of a suit rather than the type of suit itself. There was a time when people preferred a more loose and baggy suit, often times they had plenty of room and material to alter it as their weight and body style changed over the years. Now, you will find more people of all shapes and sizes buying a nicely fitted suit. A nice black slimming suit can do wonders for just about anyone.

Keep in mind that while suits are usually defined by their fit and functionality, there is a whole other aspect to choosing the right suit, and that is style! The color and pattern can go a long way in personalizing your own style. Some people prefer the traditional and formal pinstripe look, others prefer solid suit colors only, and then there are the checkered patterns as well. In the end, regardless of the style you prefer and choose, you want to make sure you don’t look too much like a clown when mixing and matching your accessories and such. There are some examples here: https://www.gaytimes.co.uk/shopping/category/suits-and-tailoring, that you can browse and look through when defining your own personal style.

Originally published on November 4, 2016 in Fashion