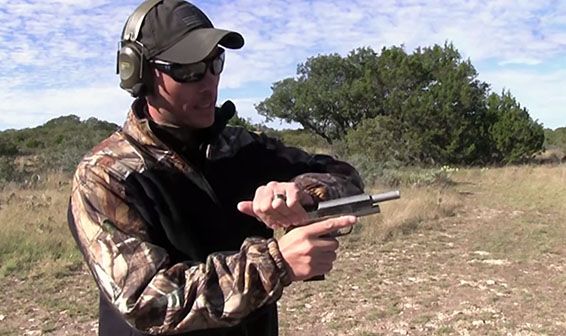 Last August I wrote about a 3D Printed AR-15 lower receiver. Basically, someone managed to print part of a gun using a 3D Printer.

It was a clear example of technology giving us a hard slap in the face. Most people never considered the possibility that 3D Printing, that crafty little technology that nerds were using to print out toys and figurines, would eventually be used to print gun parts, and – as of a few days ago – a fully functional stainless steel gun.

This Colt 1911 was produced by a company called Solid Concepts using a method of 3D printing called Direct Metal Laser Sintering, or DMLS for short. The beauty of this technology is that you can, as the name implies, use it for printing out metal items with great accuracy. 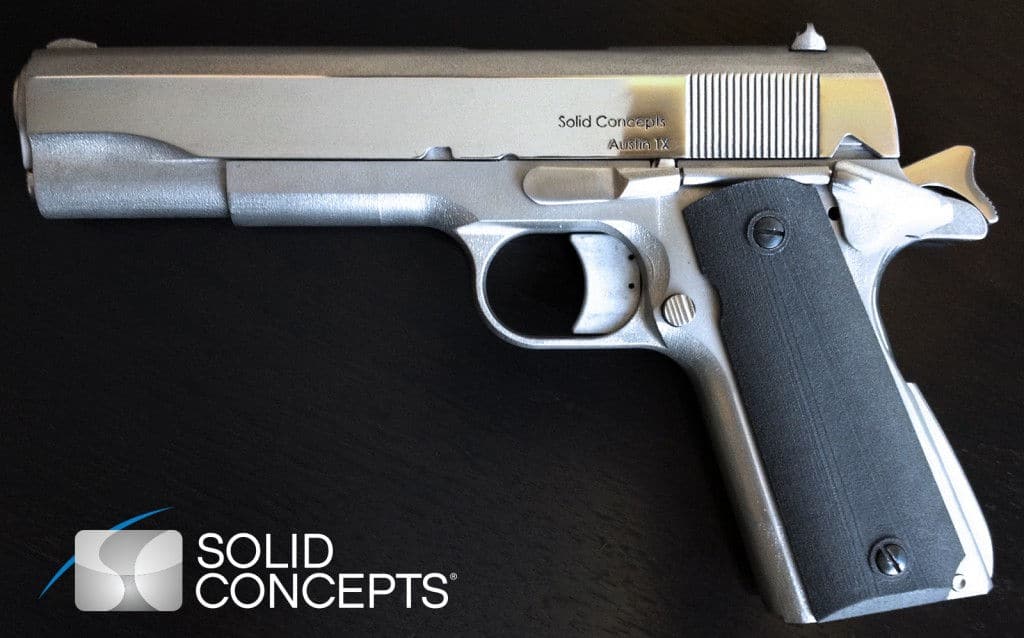 Many 3D printers are only capable of printing in plastics and nylons, making them of limited practical use. For this Colt 1911, the slide, frame, and many of the internal components were printed in Stainless Steel.

I’m no gun enthusiast by any stretch of the imagination, but I do enjoy going to the range and doing a bit of target shooting every so often, and the Colt 1911 is one of my favorite pistols. That a company has managed to combine such a handsome handgun with such a fascinating, growing technology, makes me feel all tingly in my special place.

If you’ve been following the news, then you may have heard of some of the handguns printed using plastic. They weren’t all that great, which makes it all the more impressive that Solid Concepts was able to produce a printed gun that could withstand 500 rounds through the barrel. I’m guessing it could last a whole lot longer than that too.

But… Guns are Bad!

You’re right, guns can be used to kill people.

I’m a firm believer in thorough, well balanced gun control laws. However, what I’m most excited about here is the technology. Not just that it’s been used for a gun (that’s of secondary importance), but that it’s capable of producing a fully functional, durable, complicated mechanical device with a lot of moving parts.

If we can make a gun, what about more useful mechanical devices that are extremely labor intensive to create? I think 3D printing will turn out to be something we look back on as a major game changer. Perhaps even a turning point in the division of labor and creation of consumer goods in society.