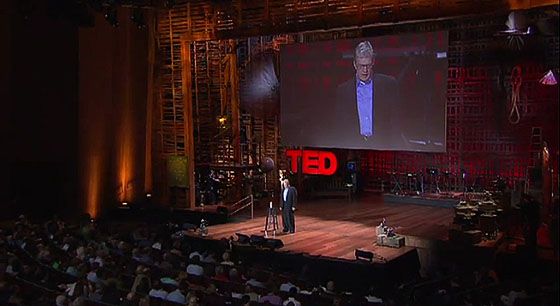 Fast Food Education – Manliness, and The Need For a Learning Revolution

I had the pleasure of watching the excellent TED talk entitled “Bring on the learning revolution!” by Sir Ken Robinson and I would like to share my thoughts on his talk and how it relates to becoming a man. The talk is 16:48 and I suggest you watch it before reading the next paragraph. If you’re only going to do one of the two, the talk is definitely the option to go with, though to stroke my own ego I’ll imagine that you read my work first.

When I was a child I wanted nothing more than to become an archeologist. Indiana Jones was a role model for me, and I wanted to emulate his life of travel and adventure and being a tough guy. Now, I think it’s safe to say that most archeologists don’t go around shooting and whipping people, but it was these films that really sparked my imagination and in some ways that longing hasn’t faded. But really, why is this relevant? Well, I feel that school has done an excellent job at crushing the dreams of children and producing a generation (perhaps many generations) of men who are impotent in life – men who haven’t followed their true passions, or worse even, men who never discovered them at all. If manliness is measured by a persons capacity to create and make their own path, I think many of us have failed miserably.

Bring on the Learning Revolution

If you’ve watched the talk already you probably laughed at the brief bit on wrist watches and their antiquity. Sir Ken Robinson is right, they really are antiquated (sorry Michael!) and I think it would be accurate to say that most people continue to wear them only because that’s what they have always done. The education system has functioned in much the same way – doing what it has always done, even if it’s no longer the most suitable way to do it.

I think that the education system is in need of a revolution, not an evolution. There’s no point trying to fix a system which is completely broken. I think that this would go a long way in improving the quality of education globally, but also the quality of mental health in men. Having the option of being a fireman, or construction worker or any other vocation and not being ridiculed simply because it’s not the “college path” would go a long way to helping men feel as if they are adults with control over their destiny. Becoming an office worker is good and well, but it’s not for everyone.

The last thing I’ll share is a classic poem by W. B. Yeats which Ken reads in his talk. As he mentions, it’s quite appropriate to children’s dreams and ambitions.

Had I the heavens’ embroidered cloths,
Enwrought with golden and silver light,
The blue and the dim and the dark cloths
Of night and light and the half-light,
I would spread the cloths under your feet:
But I, being poor, have only my dreams;
I have spread my dreams under your feet;
Tread softly because you tread on my dreams.