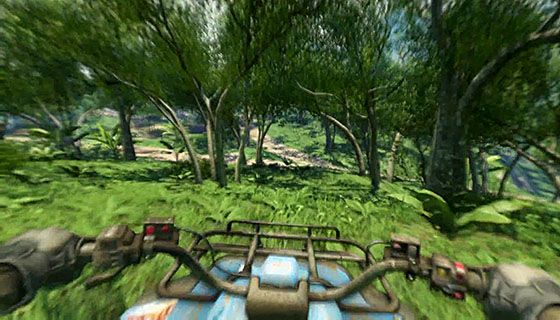 I don’t know if I would so much call this video a survival guide, as an overview of the best extreme sports spots on the Rook Islands. The inhabitants seem like a lively bunch.

Narrated by whom appears to be a member of the CIA or other shadowy organization, we’re basically shown every conceivable way we could die. We’ve got vicious wild animals, people with guns, and the previously mentioned extreme sports such as hang-gliding, zip-lining, and bombing around the island on ATVs. It’s not just enemy gun-fire that you have to worry about, it’s your own terrible driving and even flying.

You know, I’ll admit… the moment I saw “Rook Islands” I immediately went and did a search to see if it were either a) a real place, or b) based on a real place. Unfortunately it doesn’t seem to be either, but as far as fake island names go, it sounds pretty legit. If the Ubisoft marketing people are clever, they’ll create a Wikipedia page for it to help promote the game. I mean, at least that’s what I would do.

Far Cry 3 arrives for PC, Xbox360, and PlayStation 3 on December 4th, 2012. In the mean time, check out our interview with Michael Mando, the voice of Vaas, and be sure to check back for the latest and greatest promotional videos that Ubisoft spews forth.

You may be shocked and surprised to discover this, but I went back in time to update this post. Far Cry 3 is actually out now, and you can order it online for about $50 USD. It’s not the cheapest game on the market, but take it from someone who beat the game… it’s a ton of fun, and you get to see Citra’s wicked boobs. I promise you, they’re quite impressive.