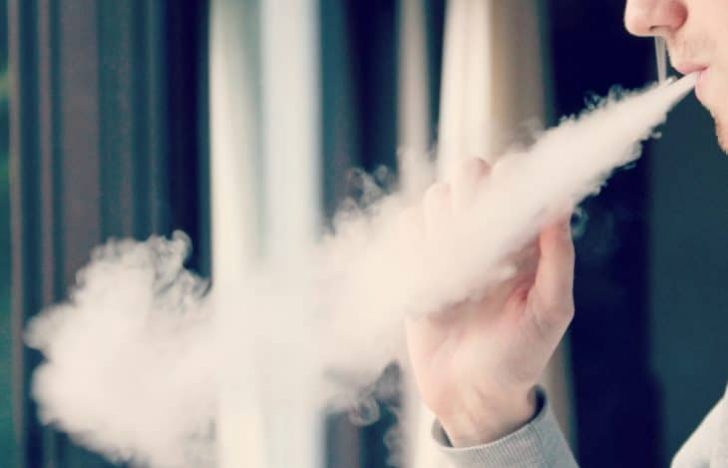 Everything The Modern Man Needs to Know About Vaping

Vaping, as a trend, has been around for a fair few years now. Nevertheless, there is still plenty of confusion surrounding it. A lot of guys don’t know what it is or whether it’s safe. For many, it’s seen as an alternative to smoking cigarettes but is it healthy? Throughout this guide, I’ll teach you everything you need to know about vaping. From the technical elements right down to the health benefits/risks – it’s all going to be covered.

So, if you’re curious to learn more about the vaping trend then take a look at all the info in the guide below:

The best place to start is probably with the main question on everyone’s lips, what is vaping? To put it simply, vaping involves inhaling and exhaling water vapor. The water vapor you inhale is typically produced by an electric device known as a vaporizer. Sometimes, these devices are also referred to as e-cigarettes, or vaporizer.

Where Does The Vapor Come From?

I mentioned that vaping includes inhaling and exhaling water vapor, but, where does this come from? Every vaporizer can be loaded with something called an e-liquid. These liquids consist of numerous substances like propylene glycol and vegetable glycerin. It’s these substances that are used to help create different flavored e-liquids like candy floss, mint, etc.

How do e-liquids turn into a vapor that you can inhale? It’s simple, the vaporizer heats the e-liquid which turns it into a gas and creates the vapor. The vapor you inhale looks similar to cigarette smoke but disappears quickly and contains no tobacco, while also smelling much nicer too.

What Is A Vaporizer?

Okay, now you know what vaping is and how vapor is created, it’s time to look at vaporizers themselves. Think of these devices like electronic cigarettes that people can carry around in their pocket, bag – wherever. They’re slightly larger than actual cigarettes and can look a bit like a posh fountain pen or portable phone charger. While appearances vary, vaporizers all have a similar setup on the inside.

You’ll find that most vaporizers include three crucial components – the battery, tank, and atomizer. Naturally, the battery is a power source and is used to heat up the atomizer. In turn, the atomizer warms the vape juice which is located in the tank. Here’s where things get a bit complicated as there are some devices that have an atomizer on its own and others that have either a cartomizer or clearomizer with it.

When on its own, the atomizer acts as a regulator for how much vapor gets produced. It’s got a wick that absorbs the liquid as it drips onto the heated coil and gets turned into vapor. If this sounds complex, then don’t worry. Just think of an atomizer as a safety feature that ensures the right amount of liquid gets heated up and burns at the right rate.

A clearomizer will essentially do what an atomizer does but in a better way. It’s a part that’s included in some vaporizers and has the benefit of being see through so you can see how much liquid you have left. It regulates the amount of liquid burned, and you can get ones with multiple coils to allow you to burn more or less vapor.

Cartomizers are similar to clearomizers but differ in the way they send liquid to the coil. They already include an atomizer head that can connect directly to the battery, making things convenient. They’re used to help prevent liquid overflow and ensure your device stays in good condition at all times. However, you can’t refill them, so you need to buy replacements once they’re finished with. Don’t worry, there are loads of affordable replacements out there like the g6 cartomizers and many more.

I know that the inside of a vaporizer seems very complex, but it’s worth learning about what happens in your device. There’s also a tip at the end of the device that is used to inhale all the vapor.

What Are The Benefits Of Vaping & Is It Safe?

Firstly, let’s address that second question as it’s easier to talk about. Vaping is definitely safe, and there are loads of features that make it a far safer option than smoking. For one, you can control how much you vape and the amount of vapor you inhale. With a cigarette, you have no control over the amount of smoke you inhale and then exhale out into the world for others to breathe in.

Secondly, it’s safer for the simple reason that you don’t have to light a vaporizer. They’re battery powered and don’t need you to carry around a lighter which brings fire hazards with it. Loads of fires everywhere are caused by people poorly disposing of lit cigarettes while a vaporizer doesn’t create a fire so isn’t a hazard.

Finally, there are fewer harmful toxins and chemicals in e-liquids meaning they’re much safer for your body.

That final point provides a nice segue into the first question which asks about the benefits of vaping. Well, there’s one for you right there; it’s a healthier alternative to smoking and safer for your body. If you smoke, then switching to vaping can help reduce your chances of getting cancer and lower the risk of lung disease and other health problems too.

In conjunction with this, vaping can help people quit smoking for good. We all know that nicotine is the addictive substance in smoking that stops many people from quitting. You can buy e-liquids that are tobacco free but contain nicotine. So, you’re inhaling nicotine without the dangerous chemicals in cigarettes. Plus, you can alter the concentration of nicotine to the point where none is present at all. It’s a great way of weaning people off cigarettes and helping them kick their addiction.

Finally, vaping is way more cost-effective than smoking as you don’t have to keep buying packs of cigarettes all the time. One device can last for ages and refills are very cheap.

Hopefully, this guide has helped you understand vaping in more detail. You can see it’s a great alternative to smoking and can help smokers get healthier and kick their habit for good.