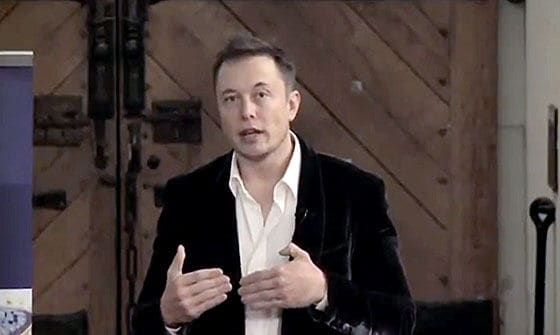 A few years ago, I read about a man named Elon Musk. He was smart, charming, and perhaps most importantly, he was successful. He founded Paypal – a wildly successful online payment processor – and at the time, he was just getting his toes wet with Tesla Motors and SpaceX , two more companies that he would grow rapidly over the years. Fast forward to today, and he’s doing even more awesome stuff.

The talk you’re about to watch was filmed at the University of Oxford, and features over one and a half hours of Elon Musk talking about the future of energy, transportation, and why he’s been so very successful. It’s long, but I absolutely promise that it’s an interesting and worthwhile watch.

“What is the Hyperloop?” and Other Mysteries

If you’re reading this after sitting through the entire talk, then congratulations. It was certainly long, but I think the content made the experience well worth the time investment.

If you’re here looking for more inspiration to sit down and actually watch it, then all I can say is that if you’ve got a keen interest in the future of humanity, then you’re only a click away from watching one of it’s visionaries. Elon has – for example – done more for the space program in a few short years than Nasa has in decades. Some see the shift towards private spaceflight as sad, but I see it as necessary. Elon explains what he believes has happened, and the role that he sees commercial ventures filling in the years and decades to come.

Space hasn’t gone anywhere, but it seems that as a human race, neither have we. Perhaps Elon Musk will be the man to change all that. Retirement on Mars you say? Sounds like a good idea to me.