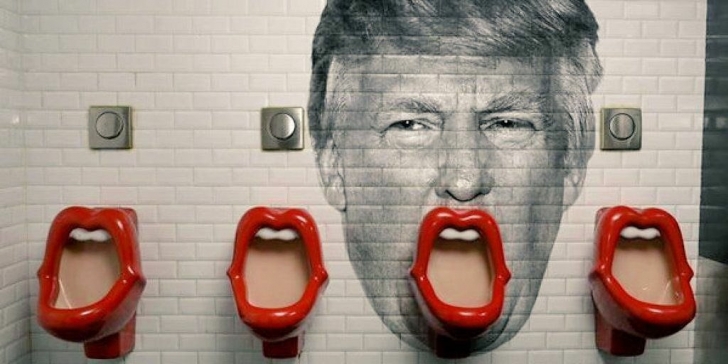 Donald Trump and his History in the World of the Casino

The new US president’s story is more tied to Atlantic City and Las Vegas than you might think.

To the surprise of half the world, Donald Trump will govern the United States for the next four years. Even the racist and xenophobic comments have not been enough to defeat his Democratic opponent, Hillary Clinton. But what does the new president have to do with the world of the casino www.cookiecasino.com? More than you might think.

Trump’s comings and goings with the casinos and Las Vegas

He started out by buying a casino, and of course he named it after himself.

The new president’s beginnings in the world of the casino go back to the 80’s, when he managed to buy several properties in the famous Atlantic City. The magnate was awarded his first license to open a casino by the New Jersey Gaming Control Commission on March 15, 1982.

In principle, Trump’s idea was none other than to open a casino of which he was the sole owner. However, at that time the now president was in business with the owner of the Holiday Inn Casino Hotel, so he could not carry out his plan as soon as he would have liked.

But if we know Donald Trump for something, it’s because of his incessant desire to conquer everything that passes by him, so after two years of negotiations with the other members of the agreement, Trump managed to keep most of the casino and thus change its name to Trump Plaza Hotel and Casino.

Of course, Trump wasn’t planning on staying there. His next purchases were the Atlantic City Hilton Hotel and the Taj Mahal Casino in the amount of no less than $555 million. What did he do immediately afterwards? Bingo, change the name of these casinos to Trump Marina and Trump Taj Mahal, respectively.

The Trump Castle, Trump World’s Fair, Trump Plaza followed… until with the entrance of the new century, Trump’s company decided to take the big leap and acquire the Spotlight 29 Casino in Coachella, California.

The roller coaster of the casino world

But not everything has always been rosy for Trump, although it seems so. During the years 1991, 2004, 2009, and 2014, Trump’s company went bankrupt, subsequently rising from the ashes like the Phoenix.

Due to these financial mismatches, Trump decided to also change the name of his company to Trump Hotels and Casino Resorts to the current name, Trump Entertainment Resorts, in the hope that his brand image would not be completely damaged, without getting it completely.

The 2009 bankruptcy was one of Trump’s worst blows, owing approximately 1.2 million euros. How did he manage to recover? With contributions from investors such as Andrew Beal, CEO of Beal Bank, and Carl Icahn. The latter became co-owner with Trump, holding much more power than the tycoon himself, who still managed to keep the company name.

Donald Trump and the Casinos for Sale

During the years following 2009, Trump was dedicated to getting rid of his casinos, not without some considerable sums of money for them, of course.

Trump Marina became Landry’s Restaurant in 2011. Trump Plaza was taken over by the Mereulo Group, owner of the Grand Sierra Resort in Reno, Nevada. And so on.

Donald Trump managed to reduce his debt to a negligible amount

Trump’s relationship with the Trump Entertainment Resorts company is zero today, the only casino that remains in the hands of the president is the Trump Taj Mahal in Atlantic City, New Jersey.

Still, many Americans automatically link the Trump name to the world of casino and gambling, where many claim it fulfilled the mythical “American dream” of becoming one, now dismissed by many others because of its political ideology.

Originally published on May 6, 2020 in Gaming